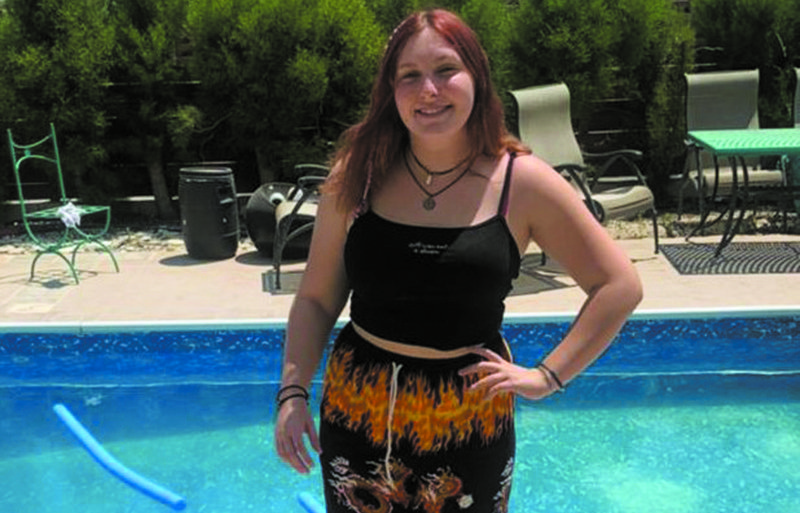 Eliana Dryer at home on Monday

A quick-thinking teenager from Paphos saved a young boy from possible drowning in choppy waters on Sunday, coinciding with the first ever, “World Drowning Prevention Day.”

Fifteen-year-old Eliana Dryer swam the 15 or so metres out at ‘Ta Bania’ in Kato Paphos to save a young Cypriot boy who she realised was in trouble and had gone underwater a number of times.

Accompanied by her father Nick, who was on the shoreline, the youngster heard her dad and the mother of the boy, whose name they didn’t find out, calling for help.

“I realised that this boy, who was about 5 or 6, was in trouble at the same time as I heard them shouting. The father had gone to get the lifeguard who was having a break at a nearby cafe. The sea was quite wavy, but I didn’t think about it, I just wanted to get to him before anything terrible happened,” she said.

“He wasn’t wearing arm bands and didn’t have any sort of aid or float and he couldn’t breathe properly.”

The 15-year-old swam out to the terrified boy, grabbed him by the arm, pulled him above the water and swam back to the shore with him before helping him up onto the steps.

The child’s mother was relieved and grateful, said Eliana’s father.

“We are all very proud of her and she is a good swimmer.”

Polis Pallikaros, head of the Cyprus Lifesaving Federation said he was unaware of the incident, but passed on his congratulations and praise for the teen.

“It sounds like she did a great job, and it goes without saying that we pass on our congratulations to her. However, we don’t encourage the public to undertake such feats unless they have had some training,” he told the Cyprus Mail.

“On of the aims of World Drowning Prevention day is to help train bystanders in safe rescue and resuscitation.”

He added that many such courses take place.

“On August 7, we are evaluating 57 people in Limassol who are not professional lifeguards, but are interested in learning life-saving skills”he said.

The first World Drowning Prevention Day 25th July 2021, aimed to highlight the impact drowning has on both families and communities.

Globally, an estimated 236,000 lives are lost to drowning every year, according to World Health Organisation estimates. This translates into almost 650 every day, 26 every hour, according to the International Life Saving Federation.