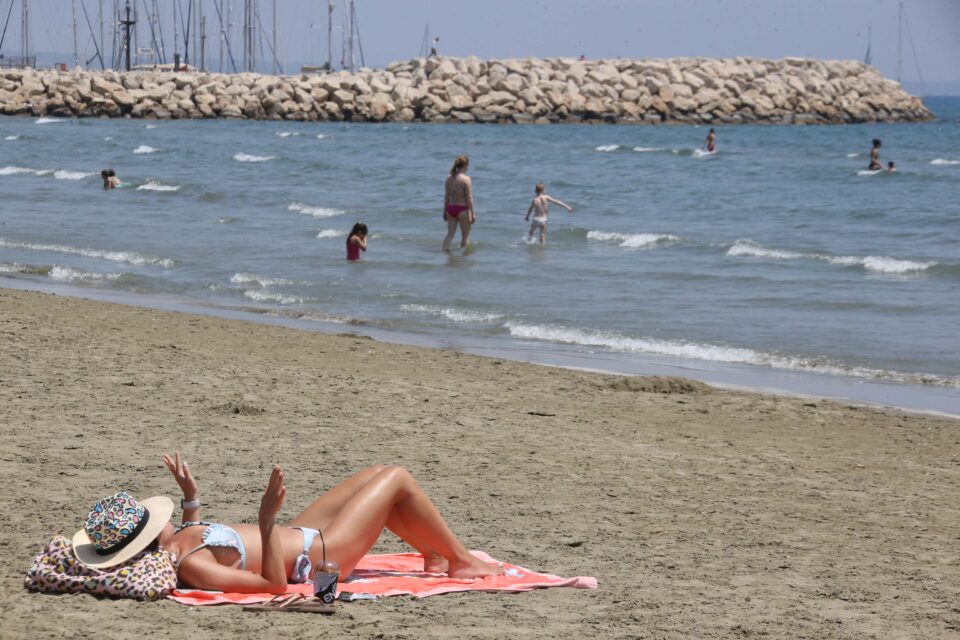 The met office on Tuesday issued a new extreme high temperature warning, the second in as many days, with temperatures forecast to hover around or above 40C for several days.

The yellow warning covers the period between 9pm Tuesday and 4pm Wednesday.

According to the met office, the minimum temperature on Tuesday night will fall to around 27 degrees Celsius inland and over the southern coastal areas.

On Wednesday, the temperature is set to rise to 40C inland, 37C on the south and east coasts, around 34C on the remaining coasts and 32C in the higher mountainous areas, the met office said.

Temperatures are expected to remain at the same levels on Thursday but will edge up after that through to Saturday, mainly in the mountains and inland to above the seasonal average.

The highest temperature recorded at 3pm on Tuesday was Nicosia 40C, Larnaca airport and Frenaros 38C, Limassol 35C, Polis Chrysochous 37C, Paphos airport 33C and Prodromos 30C. Humidity ranged from 67 per cent in Paphos to 18 per cent in Nicosia.