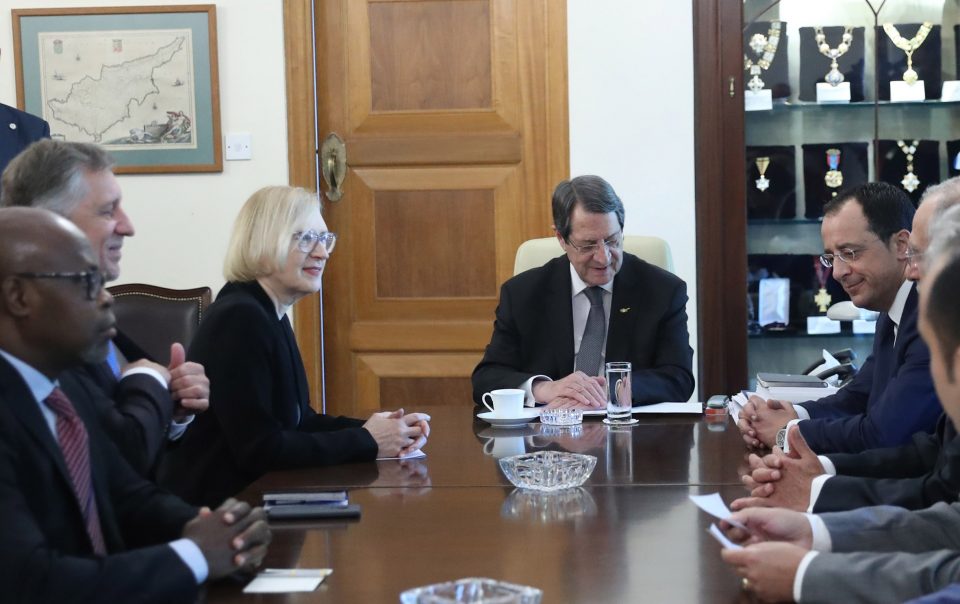 President Nicos Anastasiades has left open the possibility of either vetoing the EU’s positive agenda towards Turkey or pushing for the adoption of new sanctions against Ankara, he said in an interview with the Greek service of Euronews published on Wednesday.

Anastasiades noted that depending on how Turkey behaves, “nothing is ruled out”, whether this would involve a veto on the positive agenda or whether there were measures that could be adopted by Europe.

“Unfortunately,” he said, in Europe, there were “interests beyond principles and values”.

Referring to Tuesday’s statement by the EU High Representative Josep Borrell on Varosha, he said that theoretical solidarity is on the one hand a positive message, but if it is not accompanied by practical measures, it remains a statement of intent with no effect.

Borrell said on Tuesday that the European Council would consider actions at its next meeting if Turkey did not reverse its actions on the fenced-off town as called for last week by the UN Security Council.

Anastasiades, in the Euronews interview, also criticised both the United Kingdom and the UN secretary-general’s special representative in Cyprus, Elizabeth Spehar, who reportedly spoke at the UN Security Council about UN resolutions that should not be restrictive.

“It is no coincidence that Mr Erdogan is not intimidated, because there are some who have the impression that he can even translate [UN] resolutions,” said Anastasiades.

He also said that similar interpretations or similar efforts by Britain “to find a compromise” were not helpful.

He called them “ideas that are considered to be bridging, but which in essence gradually satisfy what Turkey is seeking”.

“As a result, instead of restricting arbitrariness, they increase revisionism, aggression and illegal actions in general,” the president said.

Regarding the proposal of the UN Secretary General Antonio Guterres for a new informal meeting between the Greek Cypriot and the Turkish Cypriot side, Anastasiadis said this would become clear in September when he meets with Guterres.

He said however, that “the Secretary-General should not be looking for common ground, because it already exists and is the United Nations resolutions”. He said he was ready to start a dialogue from where he left off in Crans-Montana in 2017.

On Wednesday, in an address to the 3th General Assembly of World Hellenic Inter-Parliamentary Association, held in Athens where the president is attending the trilateral summit with Greece and Jordan, he said Nicosia and Athens expect the international and European community to adopt a more decisive stance.

They needed to make it clear to Turkey that it was not possible to continue to act without consequences.