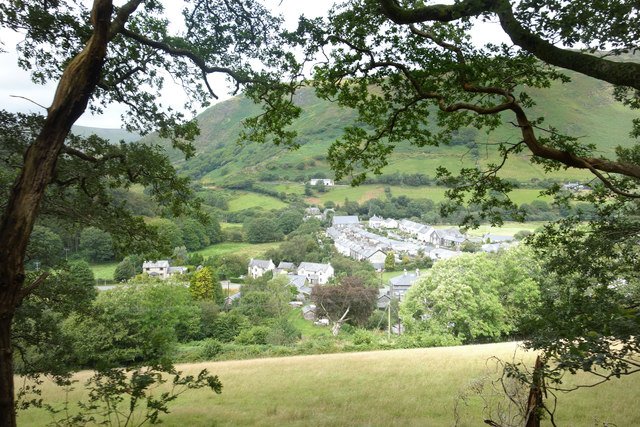 Some historical characters are famous, like Kilroy (who, once, really was here), Mickey Mouse, Robin the Hood, and Zorba the Clerk. Others remain inexplicably unrecognised. For example, Friar Don Camillo d’Abbruzzi, a simple 15th century monk in the alpine monastery of Upricht-Gefingerpoken – few know it but he it was who invented the hairpin bend, without which alpine travel would clearly be impossible.

You will also have heard stories about other famous but vague characters. You may even have wondered at the origin of these endless stories. The truth is that many of those yarns, though they sound as if they came from dozens of different heroes, have been filched and adapted from a common origin. He, and amazingly there was only one of him, was a remarkable character who in the 1940s worked as second winder’s mate on the afternoon shift of the Abergynolwen Colliery. His name, which deserves pride of place over Moaner Leeza, Emma Chizzit and even that luckless Egyptian pharaoh Tooting Common, was one Dinty Hardman, from whom derived that much-loved saying ‘A Hardman is good to find.’

Dinty was tiny. In fact until he was seven his mother wore him on her charm bracelet. Inside he was bigger and had all the energy of Attila the Hun on industrial strength vitamins. He always carried a small bottle marked ‘Maalox’ from which he sipped Johnny Walker and in the consequently enlightened state swept through the world leaving a trail a mile wide. He was as dangerous as a cross-eyed barber and when he passed, old ladies would peep through lace curtains at the noise, or more probably to see if there was any chance of some rape or sex-and-violence on offer. (Oops,.. sorry, that bit should have read ‘Saxon Violets’)

Dinty had a battle-cry. At every appropriate moment and at the top of his voice he would cry out ‘Ombré.’ Also at every inappropriate moment. He didn’t know why he did this but apparently he heard it once in a Lone Ranger western movie that was far above his intellectual grasp and he adopted it as a term of endearment, prayer, expletive or derision depending on the circumstances. To this day to shout ‘Ombré’ in the vicinity of Abergynolwen can get you run out of town as fast as an English bank manager, catholic evangelist or other dishonest subversive.

I wouldn’t say Dinty was an inebriate but just the same, he was. He mixed cocktails like rocket fuel and his staple diet was Alzheimer’s Lite. On special occasions he could get so seriously wounded by whisky that he didn’t know which way his belly button was screwed on. Then, profanely drunk, he would last be seen doing ninety going north where, in the wilds of Breconshire, he would rest up nursing a hangover the size of St. Pauls.

Mind you, Dinty was no fool. Once, applying for a job as a builder’s navvy, the foreman asked if he knew the difference between a joist and a girder. “Certainly,” he replied, “Joyce wrote Ulysses. Goethe wrote Faust.”

Dinty was a wonderful tall tale teller. He told lies even in his prayers. But there was also a sad side to this Rabelaisian dwarf. As well as his small size he’d a face, crying out for plastic surgery, that was living proof that God has a wicked sense of humour. On a good day, in his Sunday-go-to-meeting clothes, he still looked like something that fell out of Robert Mugabe’s nose. He was also bald, a condition he described as having been circumcised from the neck up.

Looking back, I’m glad I knew Dinty. Although he spent the first half of his life seeking social advancement in a town where there was none to be had, he was just another soggy crouton floating in the bouillabaisse of life. He eventually died of a brain haemorrhage, a nine millimetre brain haemorrhage, when, at the age of well over 80, some jealous husband caught him in bed with his wife and turned him into part of the environment. When they cremated him the crematorium flue wouldn’t draw properly and we all knew Dinty was still fighting a rearguard action every inch of the way.

But burn he eventually did. By next morning, his atoms were already entering the leaves and flowers of that cool, green valley. And even yet, they say, on dark nights, when the moon is a ghostly galleon tossed upon cloudy seas, if you pause and listen, you can still hear the bracken move softly and murmur, ‘Ommm-bré.’