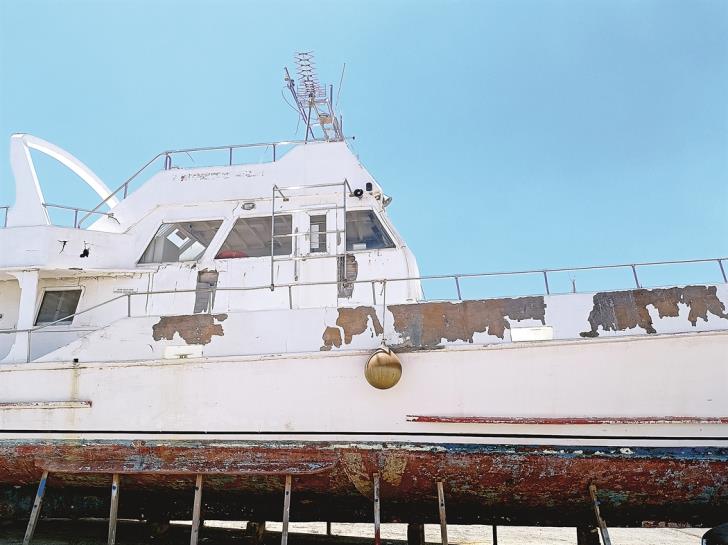 A boat that once belonged to the late President Glafcos Clerides and is named after his daughter may be spared the scrap heap after the cabinet on Friday authorised the deputy tourism minister to examine the feasibility and cost of converting it into a historical exhibit.

No longer the property of the Clerides family, 22-metre German-built Kaity ll, has been abandoned in a state of disrepair at Larnaca Marina and is at risk of being sold off for scrap to cover unpaid berthing fees, Phileleftheros had reported last month.

The issue was brought to the attention of the Council of Ministers which was briefed by the deputy tourism minister Savvas Perdios and authorized him in cooperation with other ministries and deputy ministries to carry out a feasibility study and a cost estimate to convert it into a historical exhibit, government spokesman Marios Pelekanos said.

As Phileleftheros had reported in June, Larnaca Marina had affixed a notice on the boat last November warning that it would be confiscated if the marina fees were not paid. Seven months later, and with no sign of life from the new owner, there was concern the boat may be confiscated. Given its lack of upkeep, repairs and maintenance are costly, prompting speculation that it would most likely be sold for scrap.

Built in 1936, the boat first came to Cyprus in 1977.  A keen boatman known for his love of the sea, Clerides, who died in 2013, had replaced the two engines a little before selling it, Phileleftheros quoted Marina Larnaca repairmen as saying.

It added that the boat had not been maintained for years, and was pulled out of the water so that it would not sink.