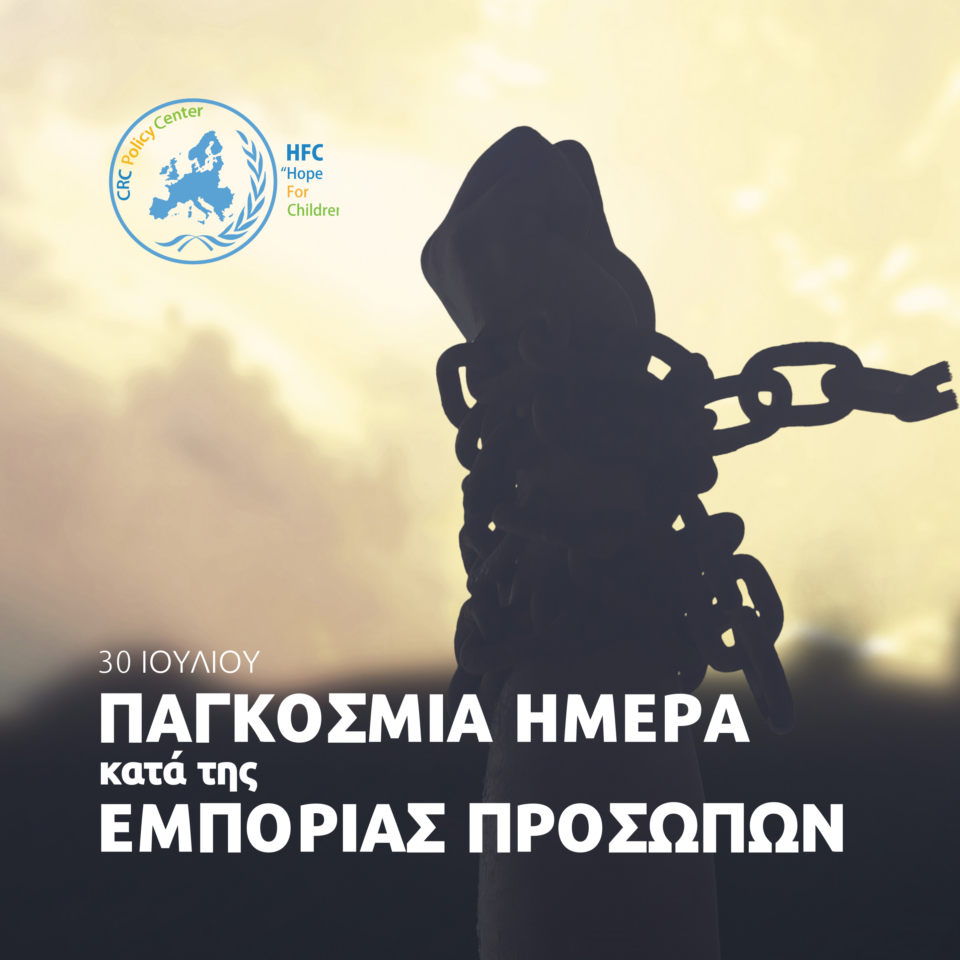 One in every three victims of human trafficking detected worldwide is a child, with the pandemic making more children vulnerable to human traffickers, Hope for Children said on Friday.

In a written press release marking World Day against Trafficking in Persons, designated by the UN General Assembly for July 30, Hope for Children CRC policy centre urged the global community to intensify actions and interstate cooperation to prevent people trafficking.

This year’s theme is dedicated to the victims’ experiences, highlighting the importance of involving these people in the establishment of effective measures to combat trafficking.

Citing international data, the charity said that there was an increase in the detection of children human trafficking victims, including boys.

According to the charity, the 2020 UN Office on Drugs and Crime Global Report on Trafficking in Persons (TiP), states that “the 2018 findings confirm the 15-year trend of changing age and sex composition of detected victims. Adult women victims are becoming, in proportion, less commonly detected, while the share of children victims has increased to over 30 per cent. The share of boys detected has risen significantly when compared to girls”.

It is also reported that “globally, one in every three victims detected is a child”.

This is a reminder and an indication that children remain an easy target for trafficking and that more effort needs to be put in to identify the geographical, socio-economic and cultural causes which steer the phenomenon of child trafficking, Hope for Children said.

The current pandemic has affected even more the life of highly vulnerable children and has increased the risk to be targeted for trafficking, it added.

Hope For Children CRC Policy Center, being a humanitarian Organisation, defends the rights of every child-victim and offers its services free of charge to all children whose rights are violated.

For further information in relation to the Organisation, call 22 103234 or visit the online platform www.uncrcpc.org.cy