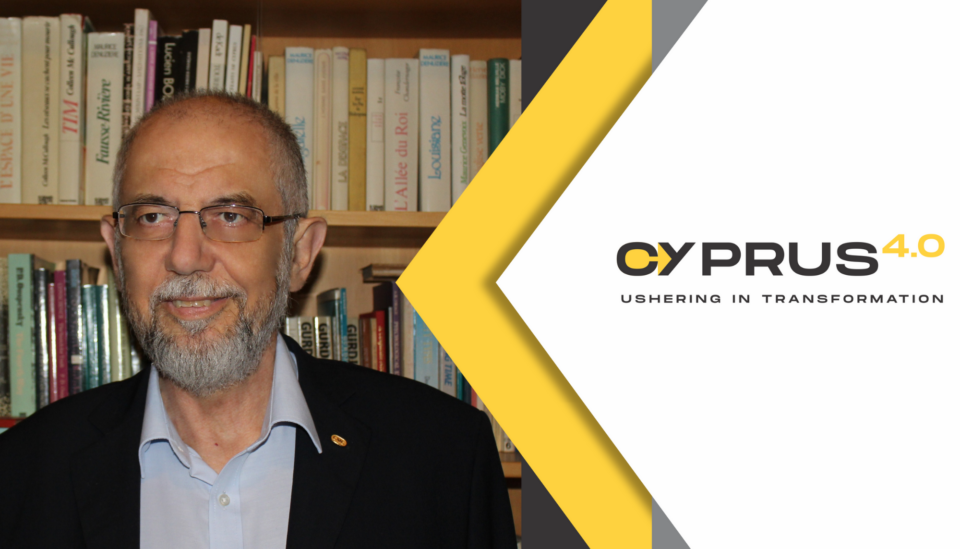 “Overseas companies, for example, show great interest in Cyprus data centres, because Cyprus is part of the European Union, and thus is under the regime of the General Data Protection Regulation.” Andros Karayiannis is an IT consultant who has worked in Cyprus and abroad for more than 50 years.

There is interest in data centres in Cyprus from both users and investors, because everybody’s moving to the cloud,” Karayiannis notes.

“Overseas companies, for example, show great interest in Cyprus data centres, because Cyprus is part of the European Union, and thus is under the regime of the General Data Protection Regulation.

“This means that their data is secure from unauthorised access. Legislation in other countries, does not offer the same level of protection and therefore the protection of private data is uncertain. I advise my clients to use European data centres, because the right of protection from government inspection is more strict. I understand that there is a current court case on this subject underway,” he explains.

Karayiannis manages a number of tender issues for companies that seek Infrastructure as a Service, which data centres here provide – one for a local authority organisation was particularly notable. It was awarded to the CL8 data centre in Limassol.

“This local authority organisation took the decision three years ago to stop operating their own data centre and move their servers to the cloud via local data centres.”

Another selling point for Cyprus data centres is the possibility to host business continuity plans for countries which face geopolitical security issues – Israel and Lebanon are the most obvious candidates, but many nations in the Middle East and Africa fit this description. Cyprus has submarine cable connections with other regions for this kind of traffic.

One issue in this respect is the relatively slow international data connection for Cyprus, Karayiannis points out. “For local data centres, we can use a point-to-point connection, i.e., not through the internet. The internet was used as backup.”

Another is the expense of achieving Uptime certification, which assures clients of redundancy and security.

“Compliance with the certification is not easy. Some data centres here have been trying for years to obtain it. Even ISO 27000 certification is less expensive and not necessarily easy to obtain. Not many on our island have it.”

As Karayiannis had previously noted, the advantages of a move to the cloud are also a major driver of interest in data centres.

“There are lots of benefits in moving to the cloud: You don’t have to run a costly data centre, you don’t have to hire a lot of experienced personnel, your security issues are all addressed. Small companies can get all these advantages, which they otherwise could not easily afford.
“Then there is increasing demand for Software-as-a Service, in the cloud, Infrastructure-as-a Service, etc. Lots of people today, when they buy an ERP platform, they don’t buy the hardware for it, they use the suppliers platform, which is in the cloud.

“So people are going to start using data centres more and more. For the local authority organisation that I mentioned earlier, which meant Infrastructure as a Service, we moved the data centre itself to the cloud, not just individual servers, so that the network itself is on the cloud.”

Smaller companies in Cyprus and in the regions around it can take advantage of colocation offers by data centres here. It’s possible to place your own servers there, or to rent those available. Small companies can just obtain the services they need.

“Instead of having your own data centre on the premises, I take my servers to a data centre and I use them remotely. And that seems to be a good compromise between maintaining an on-premises setup and having a remote setup. Your service provider can also cope with the business continuity and disaster recovery issues, which are, again, major problems for smaller companies.”

Many companies seem to feel safer with a data centre than they do with a solution like AWS.“So it seems. On several occasions when I was suggesting a cloud solution for the clients, I had a discussion about whether there were any issues on the data being abroad. The first reaction was no, no, we want our data to be here. This feeling is not as pervasive as it used to be, but it is still there.”But at the local data centre, you can use Network-Attached Storage (NAS) for simple backup.

“Sure. if you want to have your data next to you, you can always do that using NAS. It’s a rock. Yes, you can have a lot of storage on premise, and have everything that’s happening on the cloud copy on that rack on premise. So there are solutions to safeguard everything, and at the same time, get the benefits of using a cloud services. saving a lot in costs.”