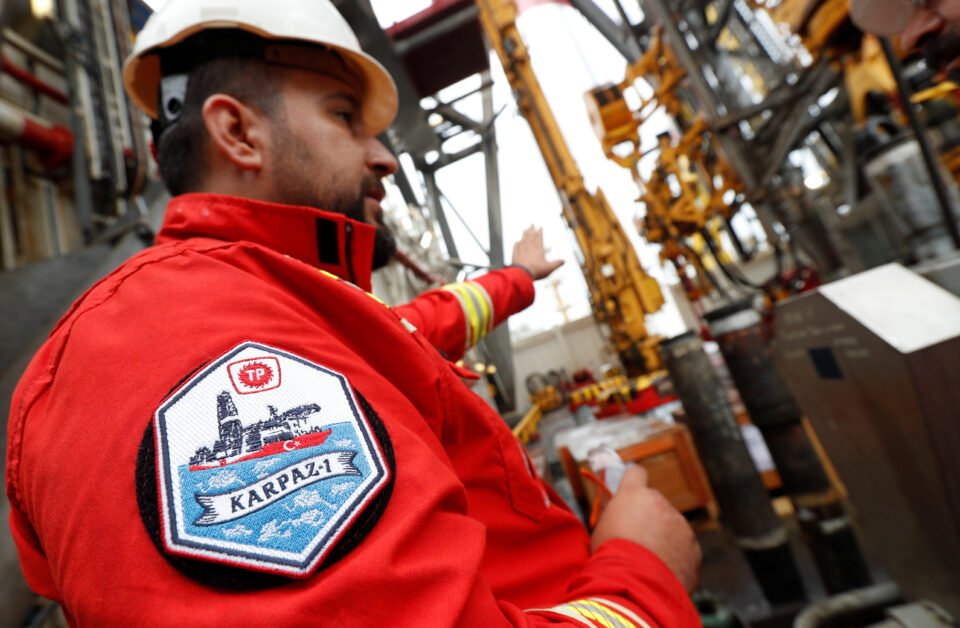 In the East Med gas has been politicised, losing sight of commercial value and exportability

We can rediscover our common interests only after a reality check

In the East Med we have been side-tracked by the fallacious promise or expectation of riches to come out of exploiting the newly discovered hydrocarbon resources.

We can rediscover our common interests only after a reality check on the actual potential of these resources. As long as politicians and people in the region believe that – despite their massive cuts in spending and the massive pressure on them due to climate change – the international oil companies will just come, develop and export these resources, making everybody rich in the process, common interests disappear and disputes and conflict become the norm.

This article is based on my presentation earlier in July at the Symi Symposium organized by the Andreas Papandreou Foundation, on the subject of East Med energy and its impact on promoting – or maybe not – common interests.

There are those politicians around the East Med, that appear to be inward-looking, either not up to date with global energy sector developments or prefer – for political reasons – to maintain the view that East Med gas is key to Europe’s energy needs and security. Clearly this is not the case. In the EU gas is facing an existential crisis as has been evidenced by the newly announced ‘Fit-for-55’ package. The EU does not need any East Med gas. In the East Med gas has been politicised, losing sight of its commercial value and its exportability. Reality is different.

With most of the global economies – controlling about 80 per cent of global GDP – firmly committed to achieving net-zero emissions by 2050, the future of yet-undeveloped oil and gas resources is becoming increasingly limited.

Indeed, the International Energy Agency (IEA) said as much in its ‘Roadmap to net-zero by 2050’ published in May. The IEA is calling for a stop to new oil and gas exploration by mid-2020s, if the world is to achieve net-zero by 2050. According to IEA, liquefied natural gas (LNG) exports – on which the East Med relies – will peak this decade and decline thereafter and prices will remain low. Indeed, the fight against climate change clouds the prospects for gas demand growth longer-term. These developments challenge East Med’s expectations to export its gas to Asia.

The role of the EU and the US

Dealing with the burning issues of the region and helping the countries of the East Med re-discover their common interest requires positive engagement both by the EU and the US.

The outcomes of the Erdogan-Biden meeting at Nato and the EU Summit in June present Turkey with opportunities but also risks. Positive engagement with both the EU and the US may be helpful to Turkey in its current economic quagmire, with the ultimate carrot the EU-Turkey customs union.

Reverting back to confrontation and aggression in the East Med and the wider region will do the opposite. It may even force the hand of the EU and US to get involved more directly.

Turkey is in need of a positive agenda, but this requires readiness to work with the EU and the US to resolve thorny issues, including the East Med and Cyprus. However, President Erdogan’s visit to the island on 20 July and Turkey’s plans for Varosha do not bode well.

The EU should be encouraging, and helping, the countries of the region to think regionally and maximise their renewable energy potential. Gas can provide a supportive role, but it will not be a source of untold riches.

Common interests can be rediscovered through the development of renewable energy, with which the region is blessed. There is no competition in developing renewable energy. On the contrary, it can benefit from cooperation and interconnection of energy systems, much the same way as has been achieved by countries within the EU.

Cyprus is promoting the EuroAsia – supported by the EU as a project of common interest – and EuroAfrica interconnectors to join the electricity grids of Israel, Egypt and Cyprus with Greece and Europe. This will also aid expanding renewable energy in these countries.

Israel, Jordan and Egypt are already interconnected through gas pipelines. Greece and Turkey share electricity and gas pipeline interconnections. The Trans-Adriatic gas Pipeline is the last link of the Southern Gas Corridor carrying gas from Azerbaijan through Turkey to Greece and then Italy.

All such projects are driven by common interests and promote cooperation.

But Greece and Turkey are still far apart, even after years of negotiations. Resolution of their problems may not be possible. But if one accepts that there is no future in hydrocarbons in the region, then agreeing to disagree but maintain the status quo may also be a kind of solution. It worked for many years, before hydrocarbons entered the stage.

However, there are no signs of a positive breakthrough so far, with some of the negative rhetoric and insistence for two separate states in Cyprus continuing by Turkey – perhaps for internal political consumption, are nevertheless worrying, putting Turkey’s sincerity into question – suggesting continuous caution.

The East Med Gas Forum (EMGF) is a successful embodiment of common interests, bringing together most countries in the region except Turkey, Lebanon and Syria. They could eventually join if they abide by its goals.

The purpose of EMGF is to enable dialogue on energy issues in the East Med and to support regional cooperation in the gas and energy transition fields.

Given global and regional energy developments, EMGF should be morphed into ‘East Med Energy Forum’, re-purposed to promote economic growth, political and social stability, and contribute to the efforts of Europe and the region to find ways to decarbonize regional economies.

I would like to emphasise what I said at the start of the article: We can rediscover our common interests only after a reality check on the actual potential of East Med’s hydrocarbon resources. Governments in the region must grasp this nettle and accept that grand ideas of gas exports to global markets are no longer viable.

As long as regional politicians and people avoid this and hold on to outdated beliefs of riches to come out of such exports, cooperation will remain in short supply and conflict will predominate. They remain stuck to this dream at their peril.

This has now been overtaken by the world’s commitment to clean energy and net-zero emissions.

The future is regional cooperation built on the basis of common interests. The countries of the region must think regionally and maximise their renewable energy potential, with gas providing a supportive role.