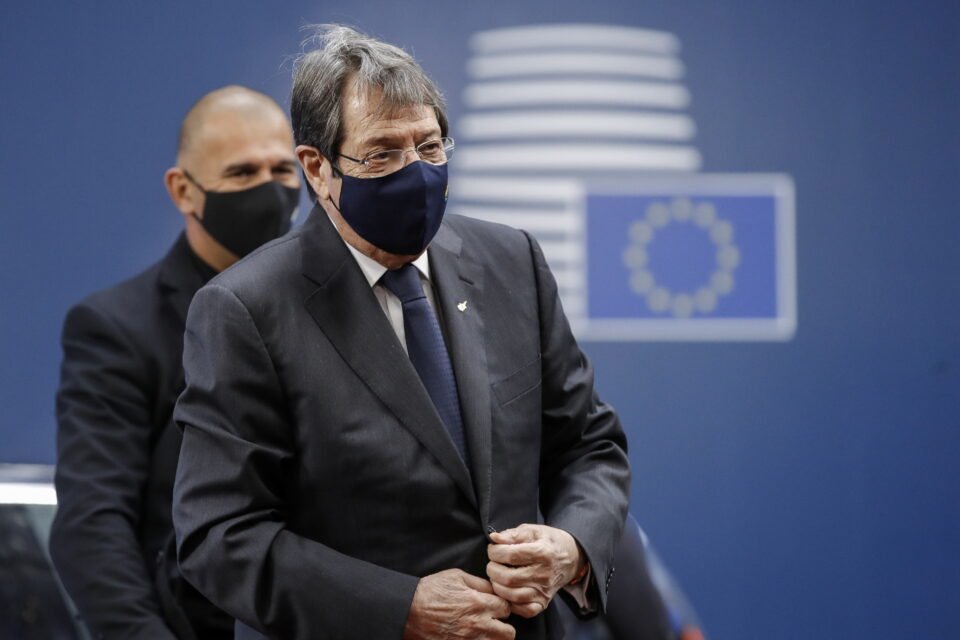 Having secured a condemnatory statement from UN Security Council presidency and the UN resolution for the renewal of the Unficyp mandate, without the ‘British tail’, the Cyprus government will now turn its attention on pressuring the EU to adopt measures against Turkey. This intention was made clear by President Anastasiades in an interview he gave the Greek service of Euronews last week, in which he raised the possibility of exercising a veto on the EU-Turkey positive agenda if Europe’s reaction was unsatisfactory.

Using the EU to score political points over Turkey, which, like the UN resolutions, could be presented as dynamic government action to Greek Cypriots, unhappy with what is happening in Varosha, seems to be the sole concern of the government. The pressure on EU member-states began immediately after Ersin Tatar announced the opening of the 3.5 per cent of the fenced area of Varosha, when the EU ambassadors were called to the foreign ministry for a briefing by Nicos Christodoulides, who made clear what the government expected.

He said Nicosia wanted the calling of an extraordinary European Council to discuss the Varosha issue and asked that each member-state, separately, condemned Turkey’s action rather than back the statement of the EU. The council meeting was a non-starter other than a statement by German Chancellor Angela Merkel, while other states were satisfied with the stand taken by Brussels. Christodoulides also issued a thinly-veiled threat that Cyprus would not support any EU sanctions against third countries if Europe’s response to Turkey’s actions was inadequate.

On Tuesday, the EU’s High Representative for Foreign Affairs, Josep Borrell, issued a damningcrans announcement about Turkey’s moves, which would be examined at the next meeting of foreign ministers (scheduled for next month), and called for the immediate reversal of these actions as well as the reversal of all measures taken in Varosha since October 2020. He also recalled the statement by the members of the European Council on March 25, which said that in the event of renewed provocations and unilateral actions, it would use the tools at its disposal to defend its interests and those of member states.

The Cyprus government could not demand a stronger statement than this, but a day later Anastasiades, quite undiplomatically, accused the EU, in the Euronews interview of looking after its interests. “In Europe, unfortunately, interests are above principles and values,” said the president whose government did not back the UN resolution condemning the annexation of Crimea by Russia and blocked EU sanctions against Belarus. This may have been his way of preparing the public for milder measures from the EU, but it was no way to speak about our partners after the unequivocal support given to the Republic.

Successive Cyprus governments give the impression that the only purpose of EU membership is to punish Turkey for its unlawful actions against Cyprus. They have succeeded in making the Cyprus problem a problem for the EU, negatively affecting its relations with Turkey, ever since we joined in 2004. And when the EU does not do as we wish, we accuse it of “betraying its principles and values,” arrogantly expecting member-states to put aside their economic, political and security interests for the sake of a tiny member state, whose sole purpose as an EU member is to incur a cost to Turkey for the occupation of the north.

Anastasiades should consider that constantly causing difficulties to EU’s relations with Turkey by demanding sanctions and other measures, could eventually backfire. He should be aware that the support from our partners is waning, because most have come to the conclusion, rightly or wrongly, that the Greek Cypriots do not want a settlement, which would put an end to Cyprus-promoted problems in the bloc’s relation with Turkey.

Member states are aware of what happened in 2004 and the EU was present in Crans-Montana in 2017 when Anastasiades found an excuse to quit the talks.

There could come a time, if we keep demanding that we should shape the EU’s relations with Turkey, that Brussels will say ‘enough’. Anastasiades opposes a settlement because he does not want to give the Turkish Cypriots a single positive vote but believes a country with a population of a million should dictate the policy of a bloc of 445 million people. How much longer will Brussels try to keep Nicosia happy in the name of solidarity, especially when it desperately needs Turkey’s cooperation on the refugee issue, among others?

The government needs to give its policy towards the EU very serious thought and avoid moral grandstanding and the threat of vetoes, which is more likely to alienate our partners rather than gain their support and solidarity. The EU does and will help Cyprus, within limits, but the government must reassess its entire approach to the Union because the current path, which is primarily aimed at appeasing public opinion, could leave the Republic isolated.

Mitsotakis: Ukraine is not the only country in post-war Europe to have been attacked