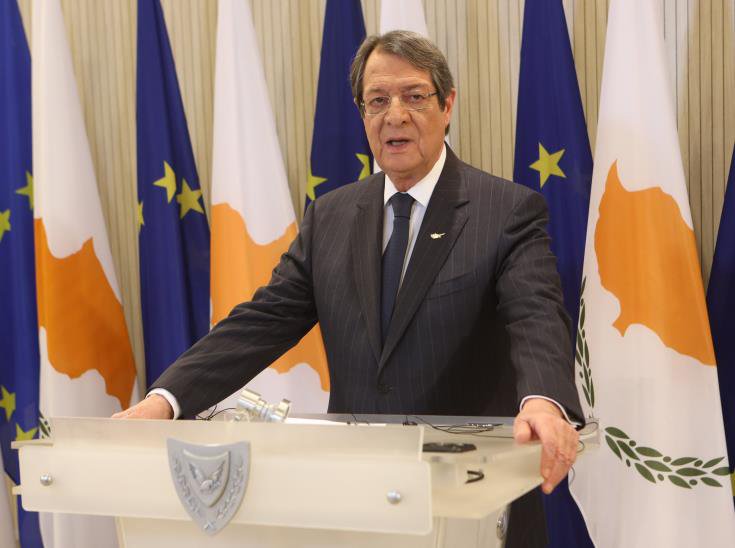 The president’s rejection of bizonal, bicommunal federation is clear

President Anastasiades has lost all credibility in his claimed commitment to a bizonal, bicommunal federation

Aesop wrote that when, for the third time, the previously lying shepherd cried ‘Wolf! Wolf! Help! There is a wolf here! Please help!’ his fellow villagers ignored him completely, because they thought he was joking as he had done the previous two times. So, the wolf took a sheep and ran away, much to the shepherd’s sorrow. The moral of the fable is well known to all of us: when someone is not trustworthy, he will not be believed even if he is telling the truth at a specific moment. And the associations we make from this fable unavoidably bring to mind the erratic behaviour of our president.

Unfortunately, President Anastasiades no longer has any credibility as regards his objective which, according to what he hypocritically trumpets, is a settlement within the parameters of the United Nations, based on the model of a bizonal, bicommunal federation (BBF). The impression he conveys, though, is that he had ruled out a BBF a while ago and is doing everything he can to thwart it. He is not credible when he says that he remains committed to a BBF for three main reasons.

First, his flirting with the two-state solution after the collapse of the Crans-Montana talks in 2017 is well known. He spoke about his wish for a two-state solution not only to Turkey’s foreign minister, Mevlut Cavusoglu, but also to several Greek Cypriot politicians and Archbishop Chrysostomos. This flirting caused great harm. At a time when Greek Cypriots considered such an approach inconceivable, it suddenly started being discussed widely and the danger is that it started gaining traction among a section of the population. Today, Anastasiades, under pressure from public opinion, has changed his tune and argues that Turkish demands for recognition of sovereign equality of the illegal, separatist entity in the occupied part of Cyprus, as a condition for the resumption of negotiations, as well as the two-state solution are unacceptable, contrary to international law and were rejected on principle.

Second, Anastasiades says that he accepts political equality as defined by the UN, but he adds an important asterisk – Turkish Cypriot participation in decisions of the federal (central) government that do not affect them should be ruled out. It is disheartening for such a theory to be advanced by a learned lawyer, holding the highest office of the Cyprus Republic. This is the quintessence of partitionist policy. In all decisions of governments in federal states around the world, all constituent states (cantons or statelets) participate actively, as these, by definition, are an integral part of the state. In short, this contravenes the spirit of effective participation in all the decisions of the federal government, leading us to conclude that Anastasiades does not accept the principle of political equality as it is meant, not just by the UN but also foreign observers.

Third, implicitly, he does not even accept the single positive Turkish Cypriot vote for every decision of the council of ministers or those of the mixed committees of the central government. He appears to have a fixation that if, in the end a BBF is agreed, Turkey would control all the decisions of the central government, through the Turkish Cypriots. In Athens, for the trilateral summit of Greece, Cyprus, Jordan, he stressed that “it is unthinkable for anyone to expect that Greek Cypriot side would agree to the creation of an independent state on the island, a creation that would be under the complete control of Turkey, and in which no right of Greek Cypriots would be recognised.” Therefore his rejection of BBF is clear. It will never be possible for the Turkish Cypriots to consent to a settlement that does not safeguard their rights either through the exercise of a veto or the single positive vote. Having said this does not mean the danger highlighted by Anastasiades does not exist, but it is up to us to limit it and – why not? – completely eliminate it. This would be achievable if we clamp down on nationalism in both constituent states and promote cooperation for the good of Cyprus. In every decision of our life there is some looming risk and in the case of a reunited Cyprus, there will be such a risk, but it should become our biggest challenge to ensure the settlement takes root. Otherwise, the desire of the extreme rightists – ‘they on their side and we on ours’ – will be realised. Only that in a few decades the realisation of the desire will slightly different, that is ‘they on their side and they on our side.’

Cyprus cannot live with a partitionist president for another 18 months – it will be too late to change anything after this because partition will be concluded. The immediate resignation of Anastasiades and his replacement by a Cypriot patriot, with principles and a 100 per cent commitment to BBF is a matter of urgency, if the last fading hopes for a federal settlement are not to be dashed. Unfortunately, the so-called opposition only attacks the president with words. It could easily seek the indictment of Anastasiades for illegalities related to the golden passports, given the findings of the investigative committee. It does not dare do such a thing. In the meantime the ship of Cyprus is sinking slowly but steadily.