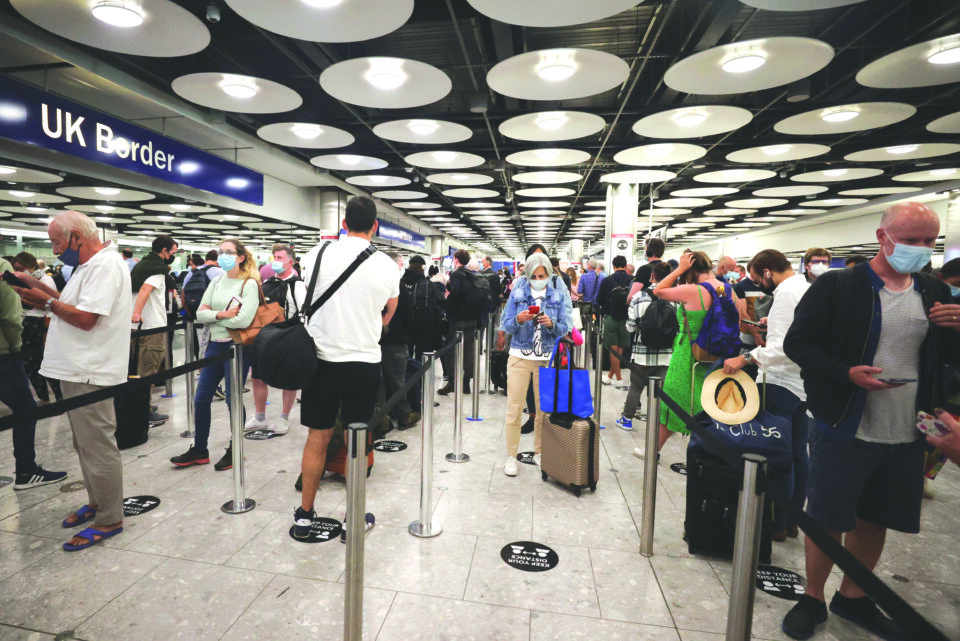 Research involving the University of Cyprus suggests that the transmission of disease through airport touchscreens is largely limited to the first and second contacts after the infected individual.

In a press release concerning the study, co-author Dr Orestis Georgiou said they found that the first and second person to use a touchscreen after it has been touched by an infected passenger, ran an increased chance of picking up a virus on their hands.

Georgiou said the first and second persons essentially “clean” the touchscreen surface by absorbing most of the pathogens in their fingers.

As a result, the third and subsequent persons to interface with the touchscreen will come into contact with a far lower viral load.

According to the study’s abstract, the researchers employed “stochastic simulations to model human-fomite interaction with a distinct focus on touchscreen interfaces.”

A stochastic simulation is a simulation of a system that has variables that can change randomly with individual probabilities.

Fomites are objects or materials likely to carry infection, such as clothes, utensils, and furniture.

The study in question did not deal with the coronavirus in particular. Carried out in collaboration with the scientist Andrew DiBattista of the Ultraleap company, it was funded by Ultraleap and Marie Skłodowska-Curie NEWSENs and NIS Health.

In April 2021 the Centers for Disease Control in the United States published findings of quantitative microbial risk assessment studies. The findings suggested the risk of Sars-CoV-2 infection via the fomite transmission route is low, and generally less than 1 in 10,000, meaning that each contact with a contaminated surface has less than a 1 in 10,000 chance of causing an infection.

And a study published in the Lancet in May 2021 concluded that “environmental contamination leading to Sars-CoV-2 transmission is unlikely to occur in real-life conditions, provided that standard cleaning procedures and precautions are enforced.”