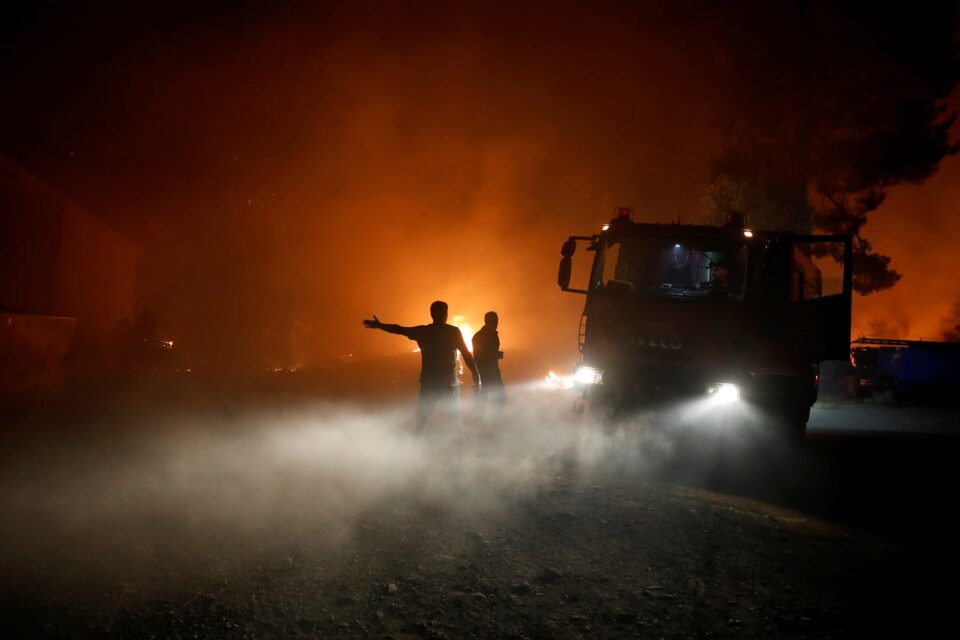 By Elias Hazou and Gina Agapiou

A Cypriot firefighting mission in Greece was doing its part in assisting extinguishing efforts of the Greek forces in Varympompi, near Athens, fire services spokesman Andreas Kettis said Thursday.

The Cypriot crews, which include 20 firefighters and 20 members from the civil defence along with their own equipment, were sent to the Tatoi Old Royal Palace and Krioneri cemetery areas in Varympompi, Kettis said.

Tatoi was the summer palace and 42 square kilometre estate of the former Greek Royal Family. The area is a densely wooded southeast-facing slope of Mount Parnitha, located 27 km from the city centre of Athens.

“There are active fronts there and they will operate together with infantry units of the Greek fire brigade,” said Kettis.

At around 8pm the official posted another update on his Twitter feed:

“There are still active fire fronts which they are fighting, as well as constant flare-ups.”

Cyprus had responded to Greece’s call for help in the wildfires on Wednesday. Following a briefing at the service’s coordination control centre, the crews were initially sent to the areas where the Varympompi and Thrakomakedones fires were raging.

The Cypriot mission was later asked to join the operations in ‘Rema tis Helidonous’ area in Kifissia where the fire had broken out again.

So far, some 20 houses were burned as wildfires raged uncontrolled north of Athens.

No severe injuries or deaths have been reported, but several people suffered breathing problems after inhaling smoke.

A dozen villages were cleared near the archaeological site in the western Peloponnese region where the ancient Olympic Games were held, and around 160 firefighters, with water bombing aircraft battled to save the ancient treasures.

“We are still fighting a titanic battle on many fronts,” Greece’s Deputy Civil Protection Minister Nikos Hardalias said during a briefing. “The next days will be more difficult.”

Residents were told to stay indoors as a thick cloud of smoke hung over the city filling the air with harmful particles and the smell of burning.

Apart from Cyprus, reinforcements arrived from France, and two aircraft from Sweden were expected by Thursday, a Civil Protection Authority spokesperson said.

Media said that Italian firefighters had also arrived to assist.

“We are doing the best we can,” he told media, adding that although all firefighting planes were deployed, they could not cover all areas at the same time.

The Greek premier pledged that the state would provide financial assistance to all those whose homes or farmland was damaged.