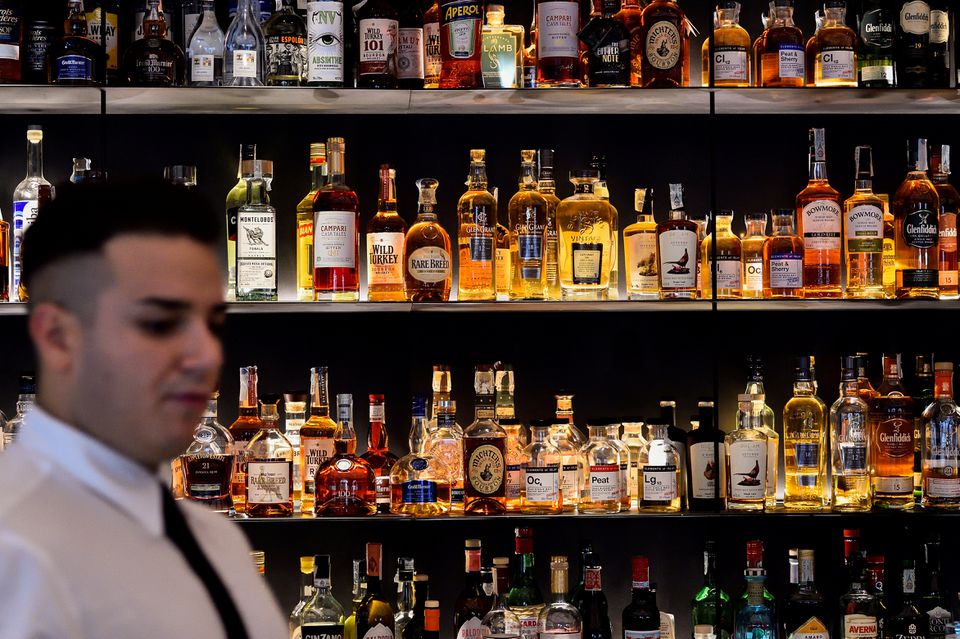 Major drinks companies are making deals and reaching joint ventures to boost their offerings of spirits priced at $200-a-bottle and up, the fastest-growing segment in the $1 trillion global market for alcoholic drinks.

Pernod Ricard (PERP.PA), which makes Martell cognac, over the past two years has invested in a number of “super‐premium” and “ultra‐premium brands,” including a “significant investment” in Japan’s Kyoto Distillery, the producer of ultra‐premium gin Ki No Bi. That was followed by the buyout of ultra‐premium German brand Monkey 47 gin early last year.

Drinks companies are seeking M&A opportunities because sales of higher-priced drinks are expected to grow more than moderately priced beverages in the next five years.

“Luxury is and will remain a key driver of our strategy,” Pernod Ricard’s Portfolio Strategy Director Yves Schladenhaufen said in July.

Sales of 750 ml bottles of premium drinks priced at $200 and up are expected to grow 9.3 per cent annually until 2025, outpacing lower-priced drinks,  according to  the International Wines and Spirits Record’s (IWSR) Drinks Market analysis.  In contrast, sales of $10-per-bottle products – so-called value brands – are forecast to  grow just  0.8 per cent annually  over the same period.

“Lockdowns created a renewed interest in cocktails as people experimented with their mixology skills at home,” said Tony Latham, CFO for Bacardi Limited.

“We believe this will translate into people being more adventurous and seeking out premium, quality drinks when they return to the bar.”

Bowmore whiskey maker Beam Suntory, which is privately owned, has committed to achieving more than half its revenue from premium drinks by 2030.

Siddharth Banerji, the head of Kyndal Group, a distributor of Macallan Scotch whisky and other high-end spirits brands in India, said the pandemic reminded some consumers that life is short, leading to a live-for-the-moment attitude.

“There is a philosophical attitude towards alcohol, whereby people are thinking they could die any time and have the realization that money is not going to save your life,” he said.

Andy  Sung, a  Houston-based  whisky collector who  reviews rare and limited-edition whiskies on Instagram  for his 10,000 followers,  said he sees more people showing interest in investing and collecting high-end whisky than he did a few years ago. Prices  for rare, small-batch and limited-edition whiskies during the past year  reached  ”absolutely insane” levels, he said.

For example, when the GlenAllachie Distillers Company released just 2,000 bottles of its 30-year old GlenAllachie whisky in May, the scotch that retails for 475 pounds ($662) a bottle sold out instantly and is now going for double that price at auctions, Sung said.

Historically, consumer preference tends to swing from favouring brown spirits, such as whisky and bourbon, to white spirits, such as vodka and gin, every 15 or so years, as young adults tend to reject the brands and categories favored by their parents.

Because brown spirits have been in favour for the past 14 years, some companies now are betting on high-end white spirits – such as tequila and mezcal, a smokier version of tequila – said Ken Harris of Cadent Consulting Group, who represents several spirits companies on deals.

Harris said companies on the hunt for high-end products to add to their portfolios are willing to pay premiums of as much as five times a brand’s value.

In June, Campari also launched a dedicated division focused on luxury spirits in the United States, with its Chief Executive Bob Kunze-Concewitz telling Reuters this strategy would likely give the group the opportunity to buy new “niche and precious brands.”

“We continue to look at the super-premium-and-up part of tequila as an area of opportunity … for M&A,” Kunze-Concewitz said on a post-earnings call in July.

Bacardi Limited said 2021 would be the “year  of innovation” with  plans  to launch  many “new expressions,”  and limited-editions for some of its bestselling brands including Grey Goose vodka and Bombay Sapphire gin.

In Europe, the pandemic has accelerated consumers’ interest in purchasing high-end spirits online, said Alberto Gennarini, a partner with Vitale & Co consultancy, who advised Campari on past deals.

Campari and Moët Hennessy, which entered a joint venture in July, may seek to expand e-commerce platforms Tannico and Ventealapropriete.com beyond France and Italy, according to industry sources.

The return of customers to luxury restaurants and five-star hotels due to vaccination-induced confidence is expected to also boost demand of higher-end drinks. In the United States, nearly 85 per cent of bars and restaurants are open despite a spike in coronavirus cases, a sign that vaccinated people are showing more confidence in dining outside.

Despite rising Delta variant cases, the appetite for dealmaking has not slowed and valuations of premium spirits brands have not fallen, Harris said.

“The Delta variant has not affected anything. It shows that there is a resiliency and a longer-term view on where this category is going,” he said.

Harris also noted that while there are limited independent spirits companies making ultra-premium liquors, their valuations have increased even more as they discovered e-commerce as an avenue to sell their products, instead of banking on big companies for expanding their distribution earlier.

Diageo’s (DGE.L) Chief Executive Ivan Menezes said last week that the company is picky when it comes to deals but it also hasn’t been easy to find acquisition targets as there are limited purveyors of ultra-premium spirits.

For such brands, acquisition price would not necessarily inhibit a deal as long as the brand fits within Diageo’s “disciplined” growth ambitions, he added, which is to grow the super-premium end of its portfolio in fast growing categories, including US whiskey, tequila, and gin.

Spirits sales, as measured in dollars, in the United States rose 1.3 per cent in 2020  despite pandemic-induced lockdowns,  according to the Distilled Spirits Council of the United States, a trade group. Spirits priced within the $115-$170 range grew by 7.3 per cent,  while those priced at $179-and-above grew by 12.7 per cent, and sales of $10-and-below bottles declined, it said.