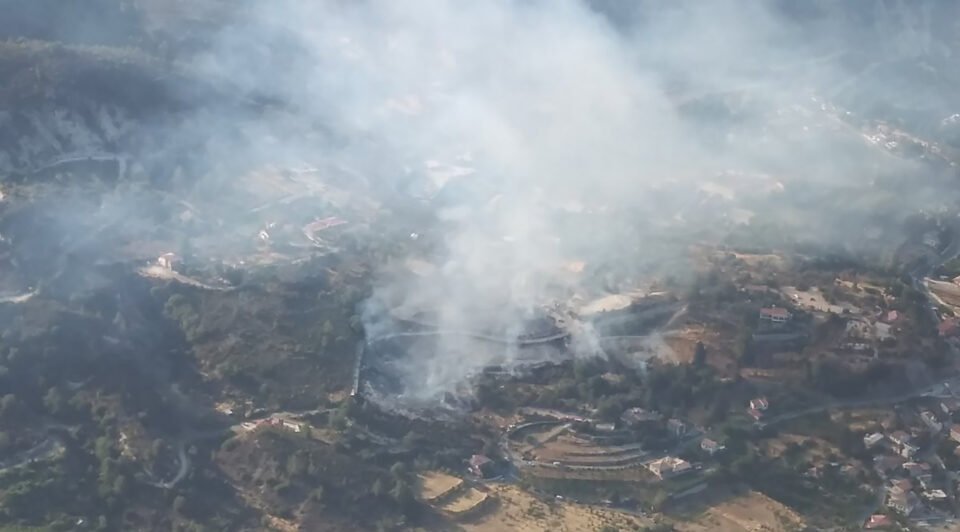 As Cyprus continues to bake in scorching temperatures and with a red alert for forest fires in force, fire fighters early on Thursday scrambled quickly to bring under control a fire that broke out near Trimiklini before it reached a residential area.

The fire service and forest department were called in after a forest fire broke out around 7.20am near the village of Trimiklini, Limassol.

According to the spokesman of the department of forests, Andreas Christou, the fire was put under control thanks to the immediate response.

“Firefighters were able to immediately take control of the area and protect the village and homes,” the spokesman told reporters.

He added that forces, together with helicopters, remain in the area to complete the extinguishing work.

The fire brigade had said that it has increased its preparedness due to the protracted heatwave that increases the risk of forest fires.

It reminded the public that the burning of grass, twigs and garbage is prohibited, while the use of tools in the countryside or agricultural machinery that produce sparks or flames, should be avoided. The department added that lit cigarette butts must not been thrown on the ground.

The penalty for those who start a fire without a licence amounts to up to 10 years in prison or €50,000 or both sentences combined according to the forest law of 2012, and up to five years in jail or €20,000 according to the Prevention of Fires in the Rural Areas Act 1988.

Anyone who spots smoke or fire in or near the forest should contact 1407 (Forest Department) or 112 (Fire Department).

An orange weather warning remains in force until 5pm on Thursday, with temperatures expected to reach 43C according to the met service.