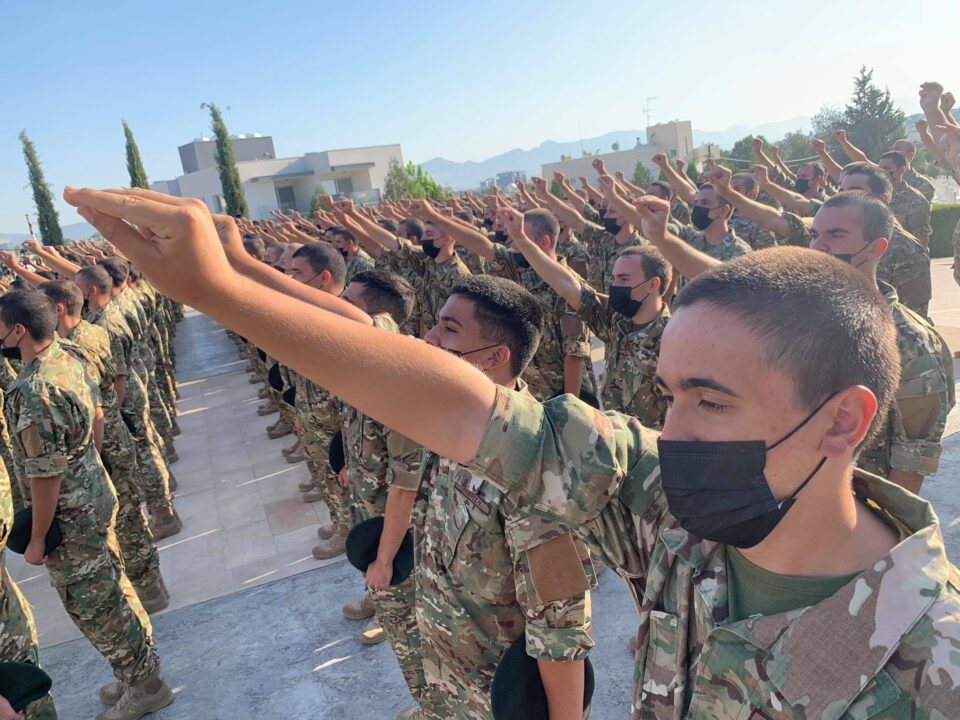 New army conscripts were sworn in on Thursday morning at separate ceremonies at different army camps because of coronavirus restrictions, as the defence minister highlighted the vital role the national guard plays in Cyprus’ defence.

Defence Minister Charalambos Petrides was attending the ceremony held at Tomb of Makedonitissa in Nicosia.

Parents, friends, and relatives were not allowed to attend because of health protocols to contain the spread of coronavirus, but arrangements were made to livestream them online.

“Your service in the National Guard is the highest honour, but also a great responsibility. With your training, you will be ready to complete your mission to Cyprus,” Petrides told the recruits.

“We are taking steady steps to strengthen our deterrent power by deepening our alliances and with a major programme to modernise and upgrade our military equipment,” he said

Addressing the parents, the minister said they should be proud and noted that the National Guard had tried to enable relatives to watch the ceremony online to avoid overcrowding due to the emergency medical measures.

And speaking to the conscripts at the ceremony held Andreas Papandreou airbase in Paphos National Guard chief Dimokritos Zervakis said: “You are making a commitment to your homeland today and the National Guard is showing absolute trust in you.”

Zervakis noted that the 47-year presence of the occupying army on the island and the constant Turkish provocations, harm Cyprus’ vital interests and required continued attention to protect national sovereignty.

New army conscripts, who checked into boot camps some three weeks ago, were also sworn in at other ceremonies that took place at the same time in Limassol, Larnaca, and Sotira.

President Nicos Anastasiades also sent his best wishes in a message on Twitter. He expressed the hope their service will be creative and the experience gained useful for the future.

“Service offers something else, more important: the feeling of responsibility and pride that they will have for all their lives,” he said.