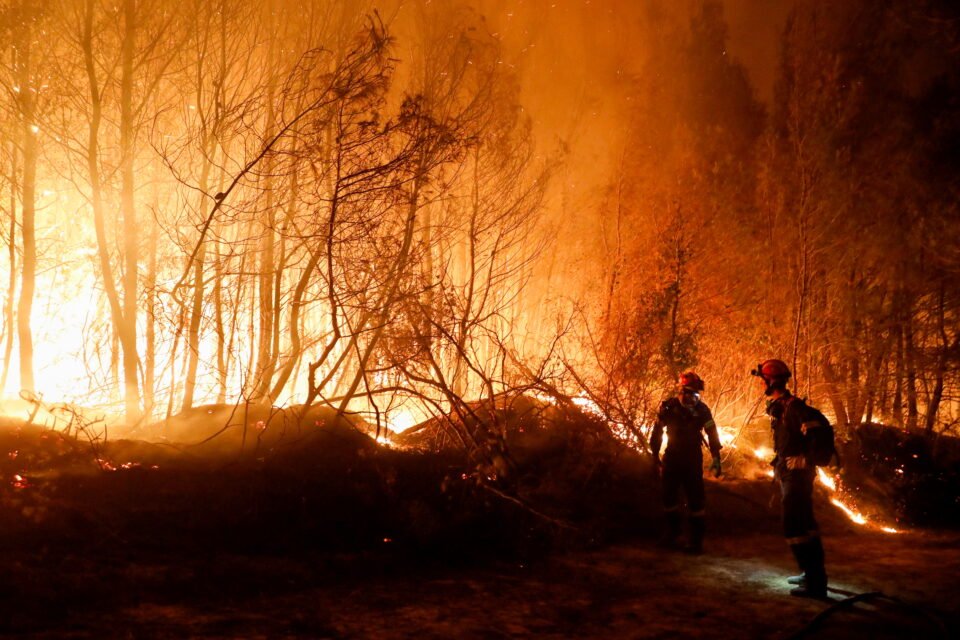 High winds rekindled wildfires north of Athens on Thursday as emergency crews battled for a third day to control blazes across Greece in searing, tinder-dry conditions.

A wall of dark smoke rose high above the Greek capital, residents fled suburbs, asylum seekers were evacuated and authorities warned of more blazes on Friday as temperatures hovered around 40 degrees Celsius (107 Fahrenheit).

With swathes of neighbouring Turkey also aflame, the smoke-filled skies have added to apocalyptic images of floods and fire seen across Europe this summer.

“If there are even few people who have reservations about whether climate change is real, I call on them to come here and see,” Prime Minister Kyriakos Mitsotakis said from Ilia, where the flames had threatened Ancient Olympia.

He visited an area in the western Peloponnese near the site of the ancient Olympic Games where firefighters fought all night to save one of Greece‘s best known archaeological sites.

Firefighters, backed by waterbombing fixed wing aircraft and helicopters, had managed to control some of the blazes near Athens earlier in the day.

But the winds fanned them back into life, with flames burning close to the motorway connecting Athens to northern Greece.

On Thursday afternoon, authorities ordered the evacuation of the suburbs of Afidnes, Kryoneri, Kokkinovrahos and Ippokrateios Politeia north of Athens, as well as asylum seekers from the nearby Malakasa migrant reception centre.

More than 150 wildfires have broken out across Greece since Tuesday, destroying houses, forcing the evacuation of dozens of towns and villages and burning thousands of acres of forest land.

The Civil Protection Authority issued an “extreme fire warning” for half the country on Friday amid the heatwave.

The finance ministry announced emergency payments of up to 6,000 euros ($7,100) for people who had lost possessions and said more measures would follow.

Local utilities said there could be rolling power cuts in some parts of the Attica region around the capital due to the fire.

The governor of Attica also ordered the closure of all parks and open spaces across Athens and the region.

On the island of Evia, off the coast of mainland Attica, church bells rang to warn residents of the fires that were still burning strongly there. More than a dozen villages on the island have already been evacuated.