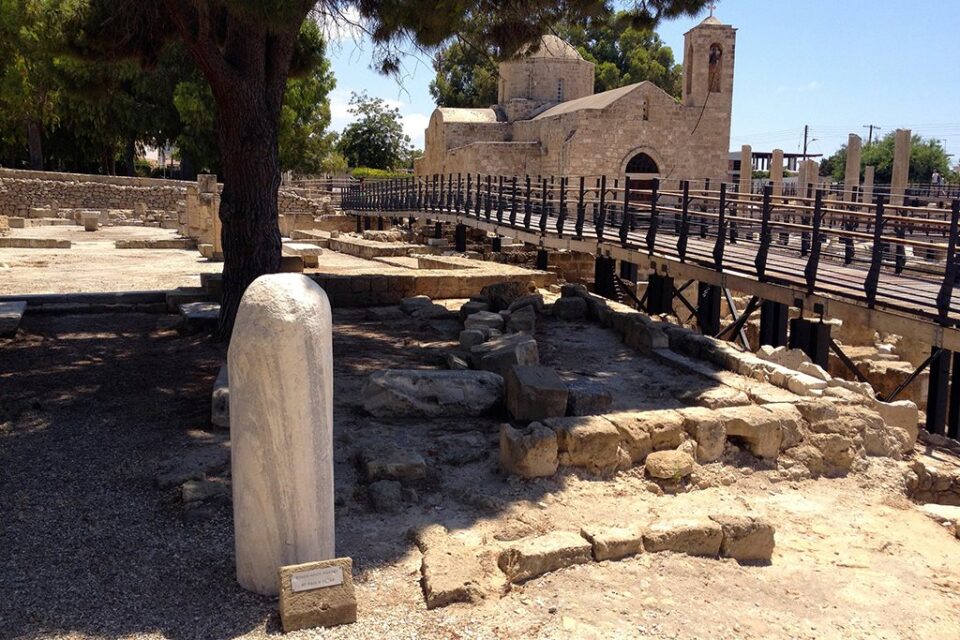 Paphos aims to form part of a certified religious route for travellers dedicated to ‘the footsteps of Saint Paul’, as part of a European programme which will also include areas in Greece and Italy.

The Paphos tourism board announced earlier this week it had submitted to the Council of Europe an application to certify and register the cultural and religious route that will be called “In the footsteps of St Paul, Apostle of the Nations”.

The aim of the route is to link up sites where St Paul visited and taught initially in Cyprus, Greece and Italy. The aim is to highlight the rich cultural heritage and legacy of St Paul in the formation of Christianity in Europe.

The process has taken more than two years among partners in central Macedonia and the region of Lazio-Italy and the route includes places submitted by all three partners.

“For example in Paphos there are areas that are connected with St Paul such as St Paul’s Pillar, the walls at the entrance of Nea Paphos, the ancient harbour and so on,” a Paphos tourism board spokesperson said.

Cultural routes are powerful tools for promoting and preserving the common and diverse cultural identities of the European Union, he added. They provide a better understanding of Europe’s history through interregional exchange of ideas and cultures.

“As Paphos Regional Board of Tourism, we will continue and strengthen the efforts to support actions in the field of culture. With the approval of the route, Paphos and Cyprus in general will be re-positioned in the European map of cultural routes.”

Our View: President blamed previous leaders for Varosha but absolves himself