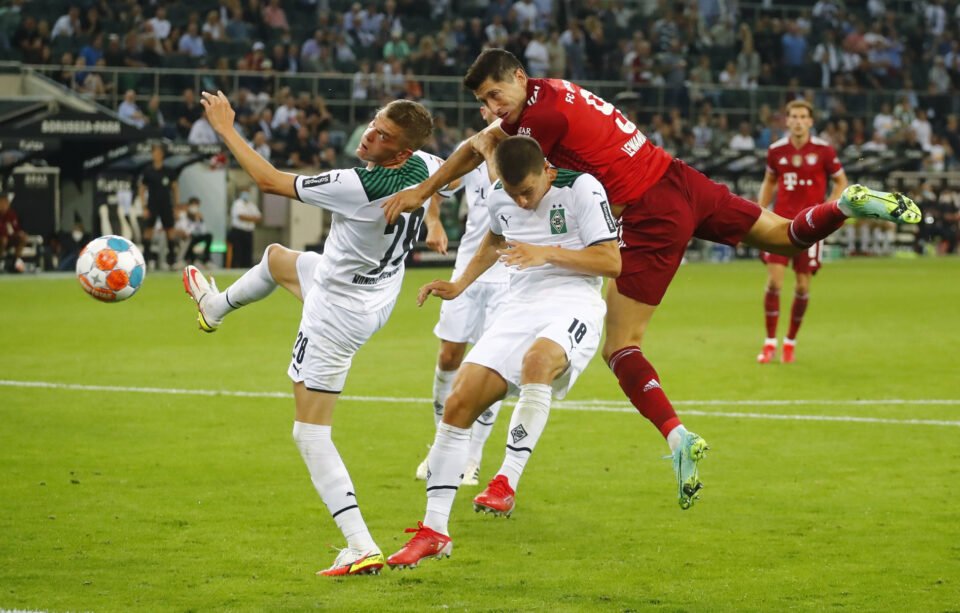 Champions Bayern Munich had to fight back from behind to grab a 1-1 draw at Borussia Monchengladbach in the opening game of the new Bundesliga season.

Having scored an all-time record 41 goals last season, Robert Lewandowski was quick off the mark again to volley home the equaliser for Bayern just before half-time.

The hosts had gone in front through a 10th-minute strike from Alassane Plea and a fine display from home keeper Yann Sommer sealed his side a point.

Valencia’s Hugo Guillamon lasted less than three minutes of the new campaign before he was sent off for bad foul on Nemanja Maksimovic of Getafe in their LaLiga clash.

Despite the early dismissal a 10th-minute penalty from Carlos Soler was enough to seal a 1-0 win, while Getafe’s Erick Cabaco also saw red late on.

Monaco’s sluggish start to the new Ligue 1 season continued as they were beaten 1-0 at Lorient.

Nigerian striker Terem Moffi scored the winner from the penalty spot in the 31st minute, despite Kevin Volland and Strahinja Pavlovic coming close for the visitors.

The result leaves Monaco with just one point from their first two games after their opening draw against Nantes last week.