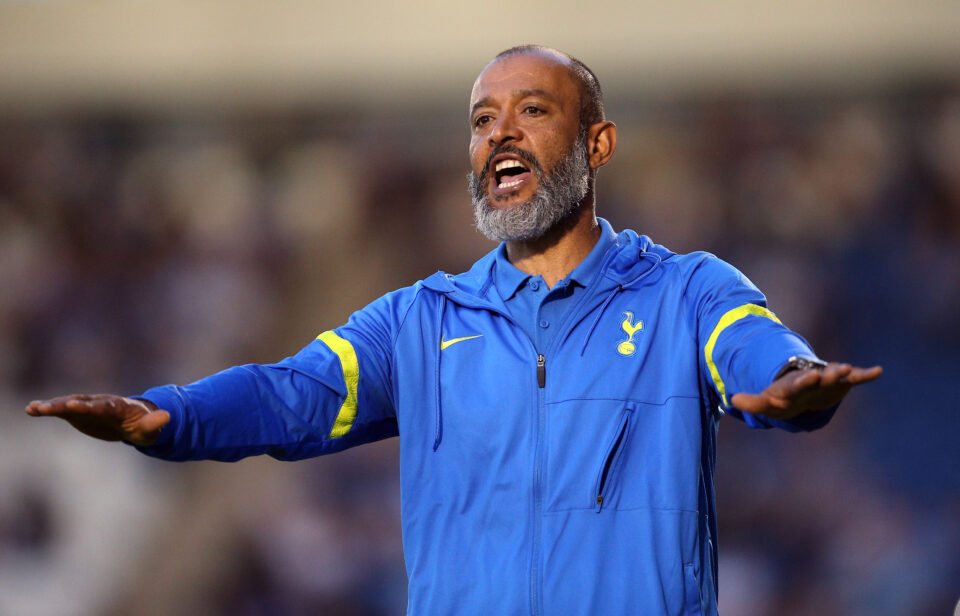 Tottenham boss Nuno Espirito Santo wants his side to “go beyond our limits” as they aim to get back to the top table of English football.

Nuno, who left Wolves at the end of last season, has replaced Jose Mourinho in north London and has been handed the tough task of rebuilding Spurs.

It is two years since they were in the Champions League final, but they have since finished sixth and seventh in the Premier League and will compete in the much-maligned Europa Conference League this season.

With Manchester City, Chelsea and Manchester United all investing heavily this summer, and Liverpool also expected to improve from last season, a crack at the top four seems optimistic.

But Nuno is reaching for the stars ahead of Sunday’s Premier League opener against Manchester City.

“Football is about playing matches in beautiful stadiums against tough opponents that make you go beyond what you think is possible to do,” he said.

“This is what I feel, I feel that we have to go beyond all the limits that football naturally imposes on you.

“You have to go much further. I’m feeling that, the players are feeling that, we just want to play, test ourselves, go beyond our limits.

“In terms of expectations, Tottenham is a huge club, fantastic club, very talented squad, but we can only focus on tomorrow.

“Tomorrow is the only thing we can focus on. After tomorrow, we will focus on the game and think about the game.

“We will think again, working hard, being together, creating a unit, going day by day in our lives.”

Nuno could argue that he has enjoyed a positive start to life at Tottenham as they have signed some exciting players and begun to ship out some deadwood, with the promise of more to follow.

But any positivity has been overshadowed by the Harry Kane saga and his future remains unresolved going into the season.

The England striker wanted his situation wrapped up well before the European Championship, but that always seemed ambitious.

He wants to join City, who are keen on signing him but have yet to make an offer that would even tempt Spurs to shift from their position of not wanting to sell him.

The fixture computer could not have thrown up a more fitting opening fixture as City head to the Tottenham Hotspur Stadium, and Kane could be involved for Spurs rather than the defending champions.

Kane’s future will be decided one way or the other after Sunday’s game, but Nuno is not prepared to discuss hypothetical situations.

Asked what life after Kane could look like, he replied: “You are asking things based on ifs and what eventually could happen. I cannot answer to that.

“I can answer based on reality and reality is: today, all the players that are here are with us. What can happen we don’t know and I don’t waste too much time thinking about this, I’m sorry.”

Nuno said he will decide whether Kane will be involved after Saturday’s training session.

He added: “All the decisions are not only based on fitness. It’s based on many, many aspects that we have to consider.

“Football players are not only professional, they are people that deal with many situations.

“All of us, we have our own lives, and when we make decisions, I try to get as much info as I can so my decision is the best for the team. But many aspects we have to consider.”

Over 23kg of cannabis found in luggage

Marking 47 years since the Turkish army’s seizure of Varosha