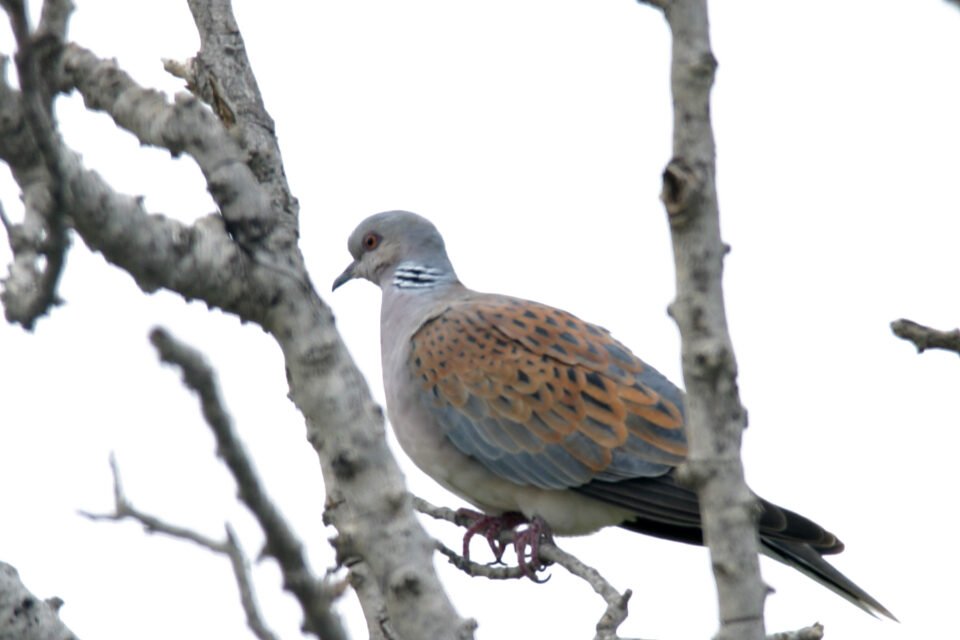 In line with the European action plan for the conservation of the threatened species, the hunting limit for each hunter is 12 turtle does per season (D. Nye)

The Game and Fauna service on Tuesday warned that poaching was a serious crime as they announced the regulations for turtle dove hunting this year that limits killing to 12 birds per hunter for the entire season.

The announcement came a day after a pensioner was found with a makeshift gun in an area where hunting is prohibited.

The 77-year-old, who has been arrested another three occasions in the past for poaching, was spotted by game and fauna officers near a farm in Diarizou valley in Fasoula village, Paphos.

He said the man was “moving suspiciously” in the area, and the animals appeared scared, which led officers to believe he was using a gun with a silencer.

However, the man was not seen shooting any birds, Hadjistylis said, and during a preliminary search in his car, the game and fauna officers did not find any proof he was hunting in the area.

Then, the officers spotted a zipper on the car seat and when they opened it, they found a well-hidden makeshift gun put together from crutches and other parts with a silencer attached, similar to a flobert gun. They also found more than a hundred cartridges.

The incident was referred to police and the suspect will appear in court, for the crime of making a firearm.

The other three times the pensioner had been caught killing woodpigeons.

“Unfortunately, such incidents are recorded every year. People must realise the seriousness of the crime and stop poaching,” Hadjistylis said.

According to Hadjistylis, poaching fines start at €3,000 and increase depending on the seriousness of the crime.

To regulate the hunting of turtledoves in line with the European action plan for the conservation of the threatened species, the service said that the yield limit for Cyprus was set at 15,756 turtledoves this year.

The European Commission has recommended a 50 per cent reduction ‘bag limits’.

The bag limit stands at three birds per hunter per hunting trip, or 12 for the whole hunting season.

Hunters are obliged to declare their prey using a smart phone online application called Artemis Cy, or else they are faced with a €100 fine. The app is available for Android and IOS users.

The hunting period starts on August 22 and ends on September 30, or whenever the yield limit is reached, the announcement said.

“The above restrictions were set by the European Commission as a necessary condition to allow the hunting of turtledoves in Cyprus since the population of this species has decreased significantly in recent years, worldwide,” the announcement added.

The population of the turtle dove (Streptopelia turtur) has decreased by 79 per cent in the last 30 years in Europe, making it one of the most threatened migratory bird species in the world.

The new regulations were criticised by BirdLife Cyprus since the plan relies on hunters to declare their prey and it has asked for assurances from the Game Service that the programme will be effectively monitored.

BirdLife had initially pushed for a temporary hunting ban for turtle doves to allow an increase of the bird population.

But Cypriot authorities argued this was unnecessary since a very large part of the habitants in the island concern prohibited hunting areas and the killing of turtledoves is only allowed at specific times for a limited number of hunting trips.

The hunting of turtledoves is also prohibited in areas that the birds use for breeding, for example in the Paphos district, the service said.

Hence, hunters kill approximately 25,000 to 60,000 of those birds “which is considered relatively small compared to the harvest of other countries”.

In a call for hunters to apply the regulations, the Game service said this year’s hunting season for turtle doves will be evaluated by the EU.

“If the conditions set are not met then it is very likely that during the next hunting season the hunting of the turtle will not be allowed,” they added.

For more information on how to record hunting prey check the relevant announcement on the website of the game and fauna service.

Our View: US-backed Afghan nation-building no more than a fantasy