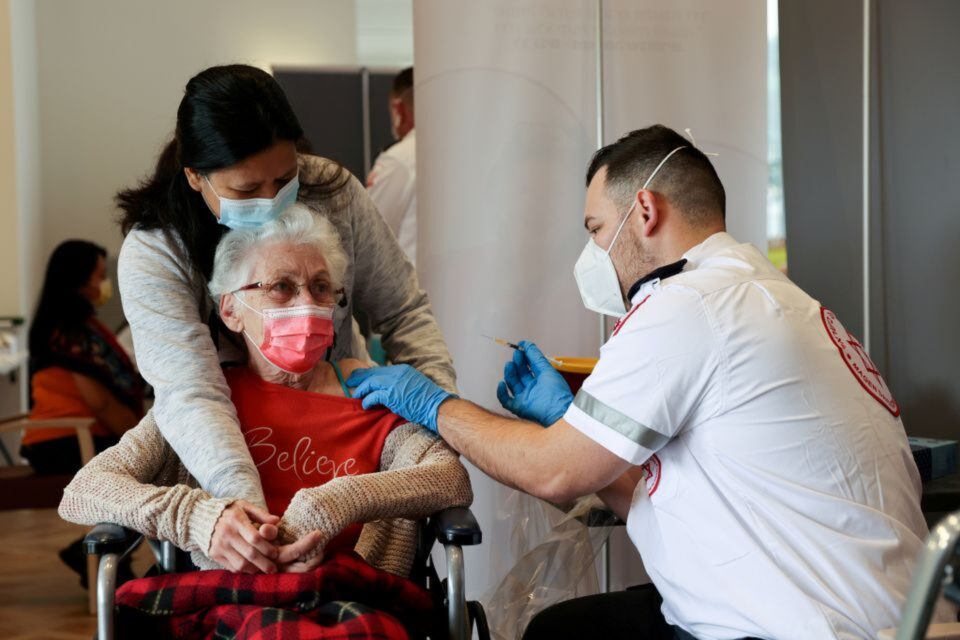 By Rami Ayyub and Maayan Lubell

Israelis over 40 and teachers are now eligible for a third dose of the Pfizer/BioNTech COVID-19 vaccine, the health minister said on Thursday, hoping an expansion of the booster campaign will fend off the coronavirus Delta variant.

The expansion of booster eligibility, following a recommendation by Health Ministry experts, comes a day after the United States announced plans to offer booster doses to all Americans, citing data showing diminishing protection.

Other countries, including Canada, France and Germany, have also planned booster campaigns.

Israel began administering third doses to people over 60 in July, later dropping the minimum age of eligibility to 50 and offering boosters to health workers and others. The Health Ministry cited waning immunity as well as the Delta variant’s high infectiousness.

More than a million of Israel’s 9.3 million population has since received a third shot, which an Israeli healthcare provider said on Wednesday was 86% effective in preventing infection.

Health Minister Nitzan Horowitz said on Twitter that “now even people aged 40 and over, and teaching staff, can get a third vaccine dose.” Prime Minister Naftali Bennett, 49, said he intends to get the third dose as soon as Friday morning.

The Health Ministry’s expert advisory panel said a third dose would only be administered to people whose second shot was at least five months ago. It also recommended administering a third dose to pregnant women.

New cases in Israel have surged since the emergence of the Delta variant, first identified in India. Bennett has sought to avoid an economically painful national lockdown by ramping up third doses.

But experts and officials worry that cases will continue to mount given that around 1 million eligible Israelis have not taken even one dose of the vaccine.

Severe cases have also continued to climb – mostly among the unvaccinated and the elderly – with far lower rates among fully vaccinated 40-50-year-olds, who began receiving their first shots in January.

Pfizer Inc has said its vaccine’s efficacy drops over time and that a third dose showed significantly higher neutralising antibodies against the initial SARS-CoV-2 virus as well as against the Beta and Delta variants.

Studies in the United States and Israel have shown that while the vaccine is still highly effective in preventing serious illness, its effectiveness against new infections decreased as the Delta variant spread.

But there is no consensus among scientists and agencies that a third dose is necessary.

The World Health Organization said on Wednesday that current data does not indicate a need for boosters, arguing that the most vulnerable people worldwide should be fully vaccinated before high-income countries deploy a top-up.