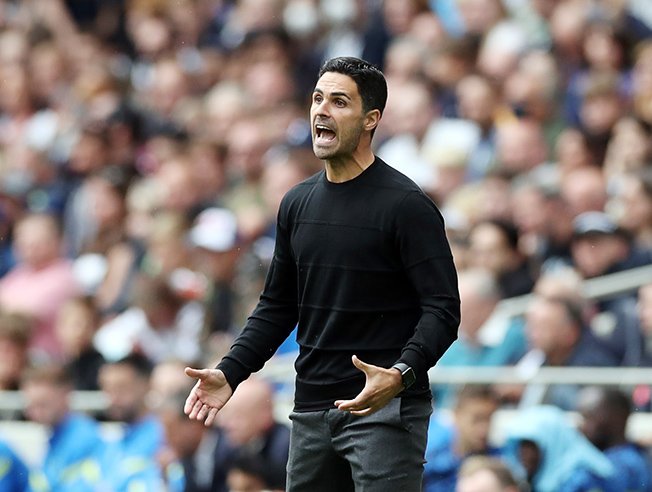 Arsenal manager Mikel Arteta was “surprised” the club’s Premier League opener at Brentford last week was not postponed following a number of positive Covid-19 tests among his squad.

It was revealed on Thursday that captain Pierre-Emerick Aubameyang and Alexandre Lacazette, as well as Willian and back-up goalkeeper Alex Runarsson were all self-isolating after returning positive results.

The whole squad was tested on the morning of last Friday’s game at the Brentford Community Stadium, which the Gunners lost 2-0.

Lacazette and Runarsson will again be unavailable for Sunday’s London derby at home to Chelsea, although Aubameyang could yet feature, having returned to training.

Aston Villa had fixtures moved last season following a Covid-19 outbreak in their ranks and when asked if he was surprised Arsenal’s game at Brentford went ahead, the Spaniard replied: “Yes.

“I was surprised, but the regulators decided that the best thing to do was to play the game.

There is no out and out threshold for the number of positive cases which would cause a game to be called off but the PA news agency understands it would be the responsibility of the club to contact the Premier League to make such a request.

Arteta also revealed the majority of his players are now double-vaccinated against Covid-19 but stressed he would not force any of his squad to have the jab.

He added: “Most of them are double vaccinated. Others they have one vaccine.

“We are trying to encourage them to get vaccinated because they are going to protect themselves, their families, obviously the environment around the club.

“But it is a really personal matter and we are trying to guide them and explain the reasons why it is better to do it. But at the end, it’s a personal decision.

“I don’t know if somebody is completely convinced at the beginning to do it, but you see that the benefits at the moment are much bigger.”

With the four players absent, Arsenal were outplayed by newly-promoted Brentford as they slipped to defeat in west London.

The performance from the visitors was widely criticised, with Sky Sports pundits Jamie Carragher and Gary Neville particularly vocal during and after the match.

While not singling out any individual, Arteta made it clear he has no time for such criticisms.

“You have to play 38 games against all the teams at the end of the season and it’s the perception, the pressure and again, the negativity,” he said.

“I just want people that are constructive around me. I know that people have the intention to bury us and try to criticise us, but we are not interested in that.

“We have a lot of positivity and a lot of energy, new energy that is coming up. My full focus is on that and finding a way to beat Chelsea because we can, because we’ve done it.”