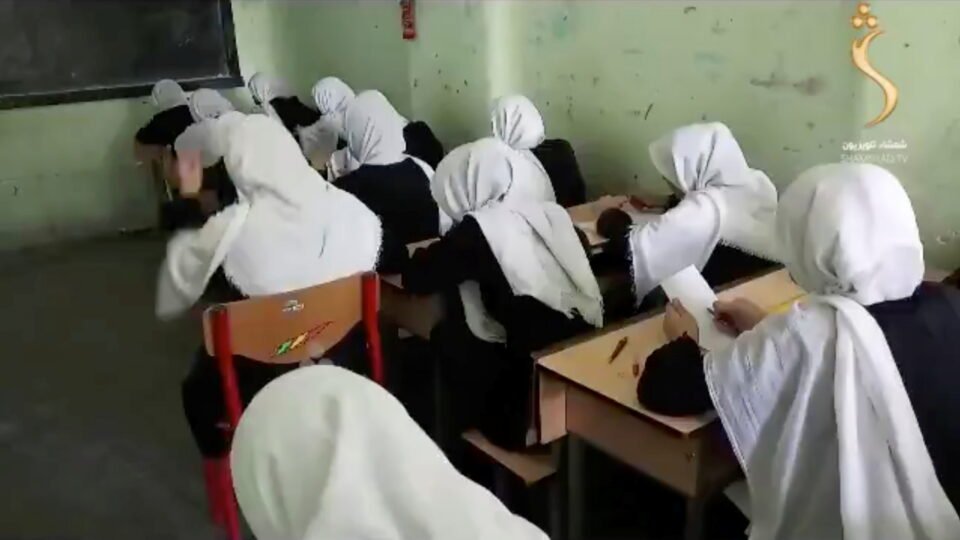 Afghan girls attend class at a school in the city of Herat in this still image taken from a video dated August 18,

Cyprus is among the 50 countries which signed a statement expressing concern about girls and women in Afghanistan under Taliban rule.

“We are deeply worried about Afghan women and girls, their rights to education, work and freedom of movement,” the statement reads, while calling on “those in positions of power and authority across Afghanistan to guarantee their protection”.

Females in Afghanistan are afraid they will lose freedoms gained over the last 20 years of constitutional democracy now the Islamist militant movement is back in power.

“Afghan women and girls, as all Afghan people, deserve to live in safety, security and dignity. Any form of discrimination and abuse should be prevented,” the joint statement said.

When the Taliban first ruled Afghanistan from 1996 to 2001, their strict interpretation of Sharia, or Islamic law – sometimes brutally enforced – dictated that women could not work and girls were not allowed to attend school, Reuters reported.

Women had to cover their face and be accompanied by a male relative if they wanted to venture out of their homes. Those who broke the rules sometimes suffered humiliation and public beatings by the Taliban’s religious police.

“We in the international community stand ready to assist them with humanitarian aid and support, to ensure that their voices can be heard.

“We will monitor closely how any future government ensures rights and freedoms that have become an integral part of the life of women and girls in Afghanistan during the last twenty years,” the statement ends.

Meanwhile, Taliban officials are trying to reassure women will have rights to education, health and employment this time.