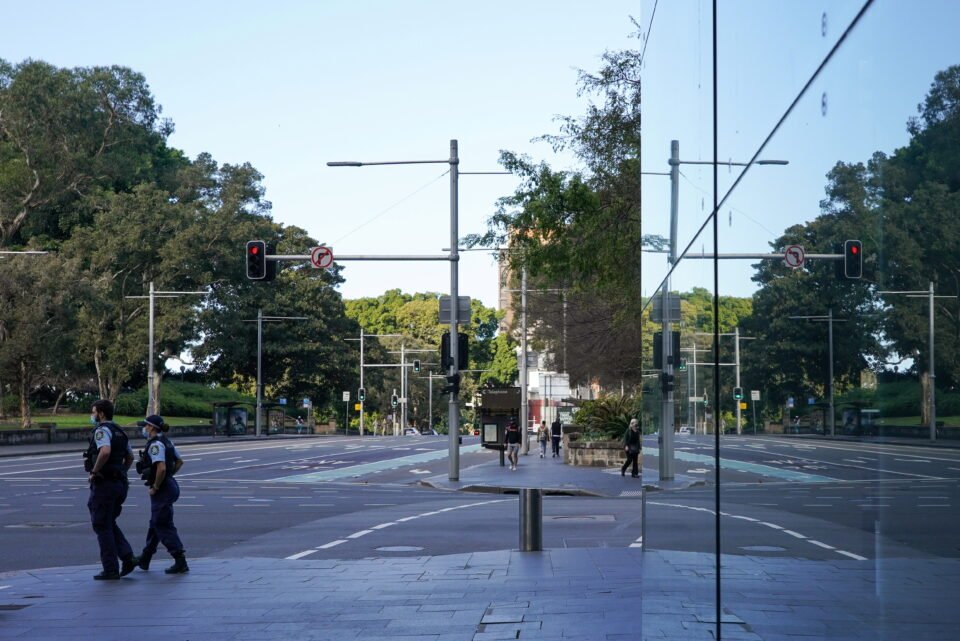 Two million residents of Sydney will be under nightly curfew from next week to slow the highly infectious Delta variant of coronavirus that is spreading across New South Wales state, authorities said on Friday as they extended lockdown orders.

Australia’s third wave of COVID-19 infections, centred on Sydney, has forced more than half the population of nearly 26 million into lockdown and pushed the world’s 13th-largest economy to the brink of its second recession in as many years.

NSW Premier Gladys Berejiklian extended Sydney’s lockdown until the end of September and imposed new restrictions including the curfew, a requirement to wear a mask when outside and limits on exercise.

“I asked health and police to work together, to give me a final list of what we can throw at this, to leave no shadow of a doubt as to how serious we are about getting the rate of growth down, the case numbers down,” Berejiklian told a media conference.

A curfew from 9 p.m. to 5 a.m. would take effect from Monday in the 12 worst-affected council areas, covering about 40% of Sydney’s population of 5 million. Anyone caught entering those areas would be fined and required to self-isolate for 14 days.

With a similar curfew already in place in Melbourne, more than a quarter of Australia’s population will be confined to their homes at night from Monday, with the exception of essential workers.

NSW state reported 644 new infections on Friday, most of them in Sydney. Daily cases across NSW have topped 400 for the past seven days despite eight weeks of lockdown in Sydney, Australia’s biggest city.

With only about 28% of people above 16 years of age fully vaccinated, Australia has failed to contain the Sydney outbreak which has now seeded cases in other towns and cities across Australia as well as New Zealand.

Australia’s Victoria state recorded 55 new locally acquired COVID-19 cases and warned it was at risk of being swamped by infections.

“We are right on the edge of this getting away from us and it’s not because contact tracing aren’t doing everything they can. They are. It’s not because we didn’t lock down fast enough. We did,” Victoria state Premier Daniel Andrews told reporters in Melbourne.

Australia’s capital Canberra is also in lockdown, with 16 cases recorded in the past 24 hours out of a population of around 430,000, authorities said.

Suicide prevention helpline Lifeline Australia said there had been a 40% rise in calls in recent days compared with pre-pandemic times.

“What that demonstrates is the level of anxiety, increasing levels of anger in the community, and of course stress and pressure,” Lifeline Australia Chair John Brogden told broadcaster ABC on Friday.

Australia has recorded just shy of 12,000 infections since the first Delta case was reported in Sydney on June 16. Four new deaths were confirmed in NSW on Friday, taking the total to 65 in the latest outbreak.

Even so, high vaccination levels among Australia’s most vulnerable mean the mortality rate is 0.54%, official data shows, below previous outbreaks.

Despite a third wave of infections from the Delta variant, Australia’s COVID-19 numbers are relatively low, with some 42,100 cases and 975 deaths.

Vietnam’s business hub Ho Chi Minh City on Friday announced that its residents will be prohibited from leaving their homes, as the country’s biggest city turns to drastic measures to slow a spiralling rate of coronavirus deaths.

Vietnam’s toughest order yet comes amid a spike in fatalities and infections, despite weeks of lockdown measures aimed at limiting movement in the city of 9 million people, the epicentre of the country’s outbreak.

“We are asking people to stay where you are, not to go outside. Each home, company, factory should be an anti-virus fort,” Pham Duc Hai, deputy head of the city’s coronavirus authority, said on Friday.

The details of the order, which takes effect on Monday, have yet to be announced.

Hai said the curb on movement should reduce infections and give authorities a chance to focus on treating gravely ill patients.

Vietnam has been slow to procure vaccines and until late April had one of the world’s best containment records, having logged just 35 deaths and less than 3,000 cases as of May 1.

But that has since jumped to over 312,000 cases and 7,150 deaths, with about half of the infections and 80% of fatalities in Ho Chi Minh City alone.

Testing and vaccinations will continue during the order, Hai said, adding “the vaccine is the key to win this battle”.

More than half of Ho Chi Minh City residents have received at least one dose of a COVID-19 vaccine, but the national vaccination rate is one of the lowest in Asia.

Prime Minister Jacinda Ardern urged New Zealanders on Friday to adhere to her strategy to eliminate the fast-spreading Delta variant as she extended a strict lockdown amid a surge in infections.

Ardern’s critics are questioning if she can repeat last year’s feat of almost stamping out COVID-19, as her government struggles to get the population vaccinated in the face of the more infectious Delta variant.

“We have been here before…we know the elimination strategy works,” Ardern told a news conference. “Cases rise and then they fall until we have none. It’s tried and true…we just need to stick it out.”

Ardern extended the lockdown for the population of 5.1 million until midnight on Tuesday as the outbreak widened beyond the largest city, Auckland, to the capital, Wellington.

The Wellington sufferers had recently travelled to Auckland, visiting locations identified as having been exposed to the outbreak.

“We just don’t quite know the full scale of this Delta outbreak,” Ardern added. “We want the whole country on high alert right now.”

New Zealanders had been living virus-free and without curbs until Ardern on Tuesday ordered a snap 3-day nationwide lockdown  with a seven-day shutdown for Auckland, after the discovery of the first case since February.

Health chief Ashley Bloomfield warned that the lockdown in outbreak epicentre Auckland could be widened further.

Ardern’s tough lockdowns and international border closure in March 2020 helped rein in COVID-19, but the government now faces questions over a delayed vaccine rollout, as well as rising costs  in a country heavily reliant on an immigrant workforce.

Just about 19% of the population has been fully vaccinated, the slowest pace among the wealthy nations of the OECD grouping.