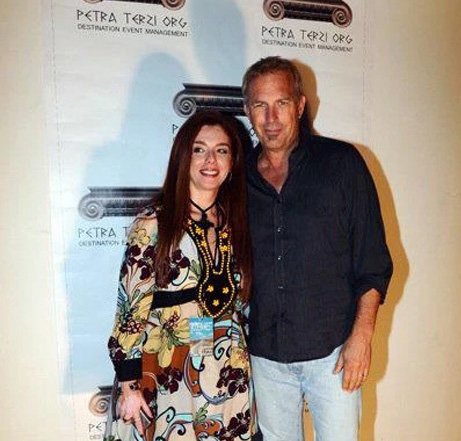 The Cyprus chapter of ‘Women in Film and Television Cyprus2, Wift Cy has finally been given the green light by the Cyprus government three years after it was initially established on the island.

The entity was created to promote women’s work, mainly in the fields of film, television and arts, as well as preserving and promoting the traditional arts and culture of Cyprus, founder Petra Terzi, an award winning film director, Terzi informed the Cyprus Mail. She is also the founder and director of the Cyprus International Film Festival.

“We are finally official, and this is great news. The Cyprus chapter of Wift received the registration this week, exactly three years since we applied,” she said.

It also aims to promote the foundation’s cooperation as a professional body with cinema, television and media at national, European and international level, as well as with other similar unions, entities, organisations and institutions, always respecting the peculiarities of each country’s local cultures.

Wift Cy is a professional association connected to a global network which was founded in 1973 and  currently  has more than 40 regional chapters worldwide.

“More than 13,000 Wift members are working together towards a common goal; to support and promote the careers and achievements of women who work in the film and television industries, along with the rest of audiovisual media,” said Terzi.

Wift Cy members enjoy a number of benefits, they have direct access to a wide range of networking services, job opportunities, training programmes, consulting services and financing sources aimed at the completion of film productions.

“Wift Cy is a platform that facilitates networking among women professionals and illuminates their artistic achievements,” she added.

She also noted that the foundation aimed to recognise the role of women in the development of art, and film and cinema in general as well as any other audiovisual project, but also to inform, and educate supporters of the foundation on new technologies emerging in these fields and any other audio-visual media.

“We also want to inform people about the the protection of intellectual property, the development of cooperation and communication, forming social relationships and promoting mutual understanding, friendship and solidarity with each other,” she added.

The goals include presenting performances and events, exhibitions, seminars, music projects and the creation of film and television programmes, as well as promoting cultural heritage and human rights.

Cabinet to convene on Monday at Troodos summer residence