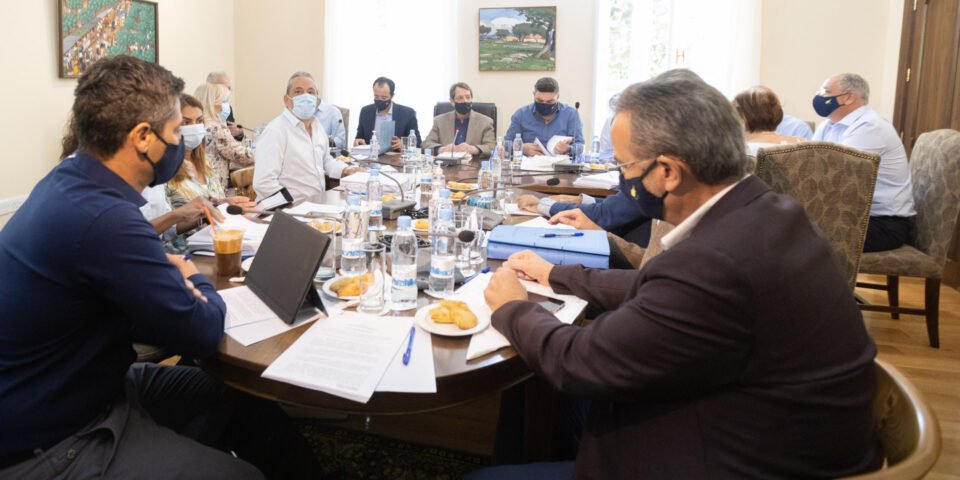 The cabinet on Monday decided to rescind the passports of 14 Turkish Cypriots, including leader Ersin Tatar, seen as undermining the Republic of Cyprus.

The decision concerns Turkish Cypriot officials and others involved in the opening of Varosha, government spokesman Marios Pelekanos said after a three-hour cabinet meeting at the presidential residence in Troodos.

“During today’s session, the cabinet decided to rescind or refuse renewal or issue Republic of Cyprus passports to a number of individuals who either participate in the so-called cabinet of the breakaway state or are members of the committee to open Varosha,” he said.

Reports said the decision concerns 10 members of Tatar’s ‘cabinet’ including the Turkish Cypriot leader himself, and four members of the committee.

Their actions undermine the sovereignty, independence, territorial integrity, and security of the Republic of Cyprus, Pelekanos added.

“They are the same individuals who, through particular hostile actions towards the Republic of Cyprus, promote the implementation of Turkey’s plans to change the regime of the closed-off area of Varosha” in violation of UN resolutions.

The cabinet also decided to seek recourse at the European Court of Human Rights (ECHR) against Turkey in connection with its decision to open Varosha.

This would be the fifth application filed by Cyprus against Turkey.

Pelekanos said the cabinet will ask the attorney-general to submit an appeal relating to Turkey’s and the breakaway state’s actions in the closed-off area of Varosha in “line with the recommendations of legal consultants of high standing.”

The cabinet decision received a mixed reaction from Greek Cypriot parties on Monday.

Main opposition Akel described the cabinet decision as a PR stunt for domestic consumption instead of coming up with initiatives that can stop Turkey’s partitionist plans.

Of the ECHR appeal, the party said it was important to exhaust every realistic potential that would cost Turkey politically and legally.

“Considering that four other appeals against Turkey have been filed by the Republic, we expect to be briefed by the president of the Republic on the legal premise of this new state appeal and what cost it is expected to cause the occupying force,” the party said.

It added that the only way to stop Turley and rid Cyprus of the occupation and division was the solution of the Cyprus problem.

“This is where President (Nicos) Anastasiades should have focused, assuming convincing and decisive initiatives with the aim of restarting the talks from the point they had stopped in Crans-Montana in 2017.”

Diko welcomed the decision, which, as it said, was one of the most important proposals the party made in 2017 as part of its chairman Nicolas Papadopoulos’ New Strategy.

“Causing the Turkish side political and diplomatic cost, in a manner in which the lack of a solution would mean continuous attrition is of exceptional importance as a pressure tactic to change the unacceptable Turkish stance,” the party said.

Far right Elam said the government should go further, starting with the closure of crossing points between the two communities.

The party nevertheless welcomed the decision, saying it was its position all along.

It said the government should “immediately abandon the wrong dogma of appeasement” and “shut down crossing points once and for all” along with putting additional measures in place like demanding termination of all funding to the breakaway state.

In July, in the presence of Turkish President Tayyip Erdogan, Tatar announced that the military zone in 3.5 per cent of Varosha would be abolished and the area would be reopened for its Greek Cypriot residents to return.

Later in July, the UN Security Council condemned the plans to reopen Varosha and called for the immediate reversal of the latest and previous actions in the area.

Booster Covid-19 shots should be delayed – WHO director-general

How to furnish an apartment on a budget