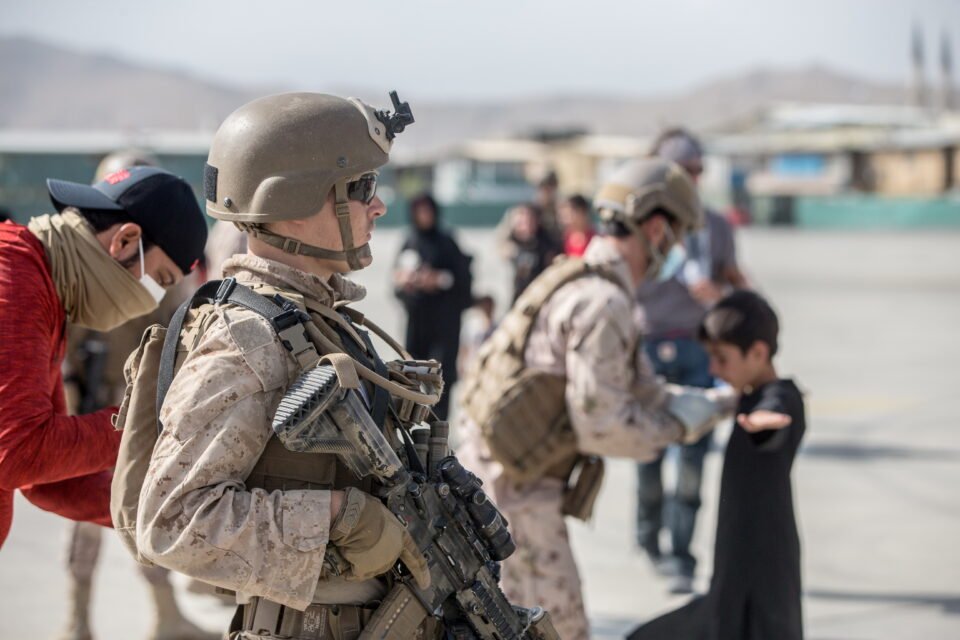 With thousands of desperate Afghans and foreigners crowding into Kabul airport in the hope of fleeing Afghanistan’s new Taliban rulers, pressure grew on U.S. President Joe Biden on Monday to extend the deadline for the evacuation operation.

Biden on Sunday warned that the evacuation was going to be “hard and painful” and a lot could still go wrong. U.S. troops might stay beyond their Aug. 31 deadline to oversee the evacuation, he said.

The White House National Security Adviser, Jake Sullivan, said the United States was in daily talks with the Taliban and was making “enormous progress” in evacuating Americans and others.

Asked if Biden would extend his deadline, Sullivan said the president was “taking this day by day, and will make his determinations as we go”.

British Prime Minister Boris Johnson’s office said he and Biden agreed to work together to ensure all those eligible to leave Afghanistan were able to do so, even after the initial evacuation phase ended.

The difficulties at the airport were underlined on Monday morning when a firefight erupted between Afghan guards and unidentified gunmen. German and U.S. forces were also involved, the Germany military said.

“Crowds are intense, violence is becoming more common and Taliban checkpoints in surrounding areas are preventing many from reaching the airport area,” said the official, who spoke on the condition he not be identified.

Canadian special forces are operating outside the airport in an effort to bring as many eligible people as possible through security gates, the official added.

Britain and France were among those calling for the deadline to be eased. But a Taliban official said foreign forces had not sought an extension and it would not be granted if they had.

And a local Taliban militant, speaking to a large crowd in Kabul, urged Afghans to remain in the country.

“Where has our honour gone to? Where has our dignity gone to?” the unidentified militant said. “We will not let the Americans continue to be here. They will have to leave this place. Whether it is a gun or a pen, we will fight to our last breath.”

The Taliban seized power just over a week ago as the United States and its allies were withdrawing troops after a 20-year war launched in the weeks after the Sept. 11 attacks on the United States by al Qaeda in 2001.

Panicked Afghans and foreigners have thronged the airport for days, clamouring to catch a flight out. Many fear reprisals and a return to a harsh version of Islamic law that the Taliban enforced while in power from 1996 to 2001.

Twenty people have been killed in the chaos, most in shootings and stampedes, as U.S. and international forces try to bring order. One member of the Afghan forces was killed and several wounded in Monday’s clash, the U.S. military said.

A flight carrying evacuated at-risk Afghans will arrive in the United States later on Monday from Ramstein air base in Germany, a senior State Department official said, adding that the pace of flights from transit hubs housing evacuees will ramp up.

The official dismissed reports that only Americans could get through to Kabul airport while others were blocked.

Germany said it had airlifted almost 3,000 people originating from 43 countries from Kabul, including 1,800 Afghans.

“Let me be clear, the evacuation of thousands from Kabul is going to be hard and painful,” Biden said on Sunday.

A government spokesperson said Britain still wanted to fly out thousands of people, but British evacuations could not continue once U.S. troops leave.

German Foreign Minister Heiko Maas said a virtual summit of the Group of Seven wealthy nations on Tuesday needed to agree on whether to extend the deadline and how to improve access to the airport.

Some 500 tonnes of medical supplies were stuck because Kabul airport was closed to commercial flights, a senior World Health Organization official said.

He said empty planes should divert to Dubai to collect the supplies on their way to pick up evacuees in Afghanistan.

Leaders of the Taliban, who have sought to show https://www.reuters.com/world/asia-pacific/taliban-seek-present-moderate-face-they-take-control-afghanistan-2021-08-15 a more moderate face since capturing Kabul, have begun talks on forming a government, while their forces focus on the last pockets of opposition.

Taliban fighters had retaken three districts in the northern province of Baghlan and surrounded opposition forces in the Panjshir valley, a spokesman for the group said, but there were no signs of fighting on Monday.

What you pay for when you buy a Rolls Royce

Antiskino open-air theatre festival is back