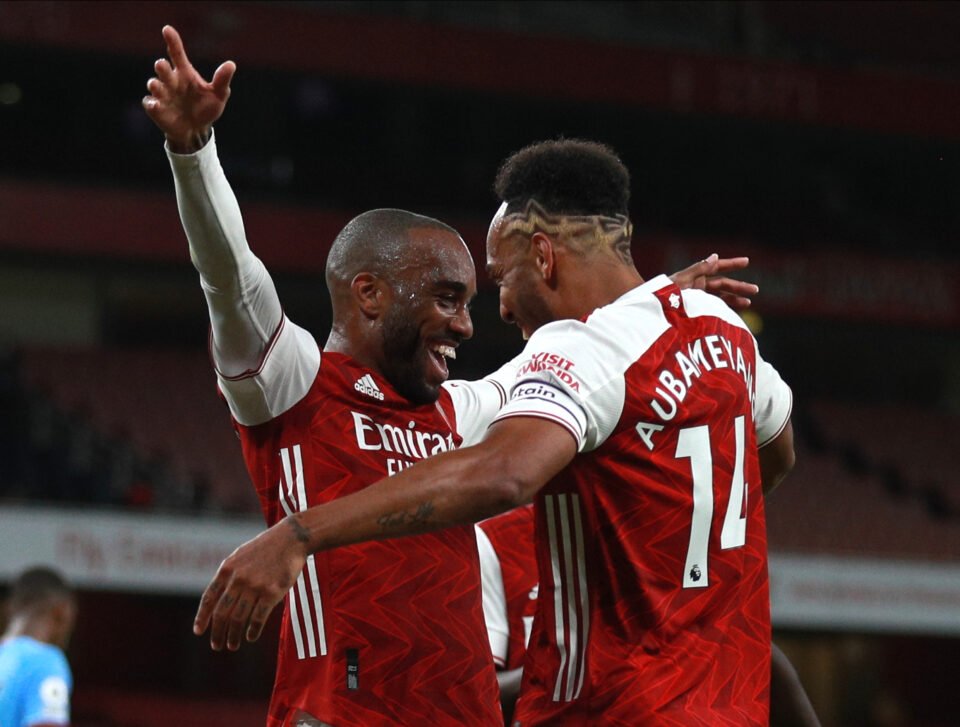 Arsenal boss Mikel Arteta is excited by the prospect of having Pierre-Emerick Aubameyang and Alexandre Lacazette back in the fold.

Aubameyang has only featured as a substitute once in the Gunners’ opening two games of the season – coming on in the second half of the 2-0 defeat to Chelsea – while Lacazette has missed them both after they tested positive for coronavirus.

Both are expected to be involved as Arsenal chase their first win of the campaign in the Carabao Cup against West Brom on Wednesday.

And Arteta knows the value they bring.

“That’s really good news because we really need them,” he said. “We know that a big part of what we want to do, as I’ve mentioned before, is going to be determined in the boxes and these are the two players that have the biggest goal threat in the team.

“They are both so important to us as they are able to put that ball in the net. We need them firing, we need them at their best and the team has to help them to deliver that.

“I think we sometimes get really carried away because of the youth, the quality and the talent and the potential that we have through the squad.

“But the ones that are going to determine our success and who have to lead our success are the senior players.

“These are the ones who have to drive everybody else and then our young players and our development players, they have to be adding to that.

“The base and the foundation should be giving them that. They have that responsibility and hopefully, when we have all the players back fit and healthy, they will be the drivers of that and the leaders of that.”

Arsenal’s poor start to the season, losing both opening Premier League games 2-0 to Brentford and Chelsea, has left Arteta feeling the pressure.

He knows it has been an unacceptable start and says that only results will save him.

“Well, you have to realise first that the position that we are in is not where we want to be and we should not accept it,” he added.

“We should not use too many excuses to justify where we are, just try to use the moment and the challenge ahead of us as an opportunity and take it and encourage everybody around you to have the same mentality, the same energy and things will turn around.

“We have done a lot of work, we are under difficult circumstances at the moment, but we need everybody together and the spirit to be fair around here, the togetherness that we have around the team, and even with the ownership, it’s really strong, but we need to give our fans and probably the outside world some encouragement and that’s only given with results – so we need to get results.”