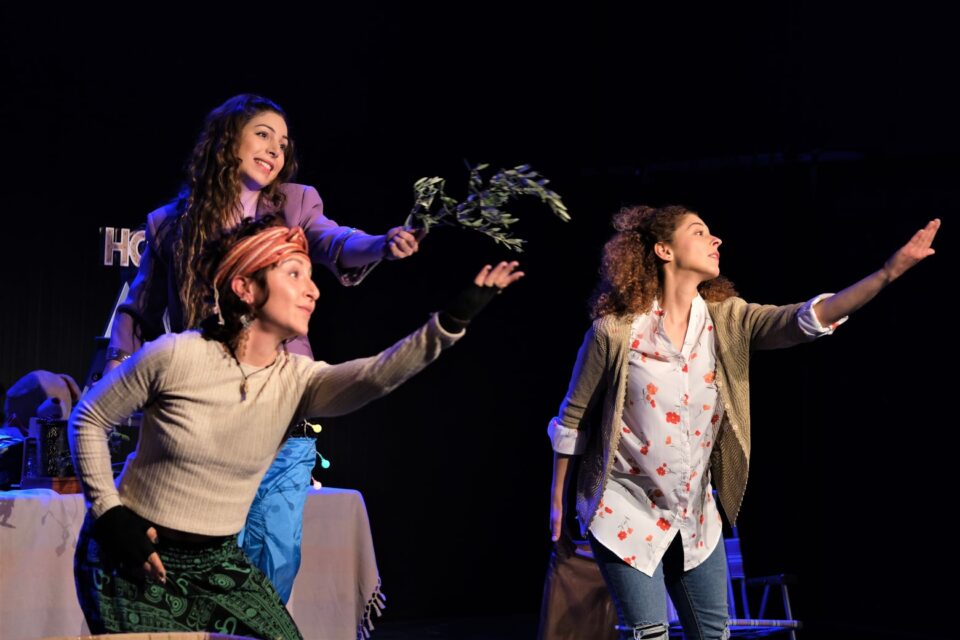 Understanding identity can be a complex thing as it is influenced by so many factors: history, expression, folklore tales, language and culture are but a few and seeking to understand an islander’s identity is one theatrical performance in the Cypriot dialect touring the country this summer.

Portraying the tragi-comical identity confusion of the Cypriots, the Yasemin Collective brings the issue to the fore by introducing the traditional Cypriot game kazanti. You would have seen this at local festivals or in squares with the seller waiting for guests to pull a spring that shoots a ball like a pinball onto a field of numbers. If it falls on a winning number, the player wins the corresponding prize. It’s a simple, popular game on the island, one that has remained through the ages. Has it left its mark on local identity? The performance #kazanτί embarks on a colourful journey to find out!

Featuring a multicultural character, the kazanti is constantly on the move, shifting from one place to another, yet managing to be ever-present. With a humorous approach, Natalia Panagiotou, Annie Sofocleous and Despina Chrysanthou of Yasemin Collective have created the theatrical performance that questions the meaning of game, luck and identity. In Turkish, ‘kazanmak’ means to win or acquire wealth and so the performance asks: what is it we are winning or losing?

Their upcoming performances at Thalassa Municipal Museum in Ayia Napa on August 26, Antiskino Festival on August 28 and Phaneromeni Square on September 16 aren’t the first presentations of the play. The Yasemin Collective has been travelling with their #kazanτί since the winter and is now ready to take their journey from closed theatres and out onto the street and into nature.

To approach the concept further, the team conducted research, which began in August 2020, bringing together interviews from kazanti owners and players, and investigating the existence of the game over time, as well as people’s memory of it. How have the conditions and experiences of the game changed and do the concepts of origin and identity define us? Yasemin Collective’s performance aims to move, reflect and dissect one of the island’s oldest and traditional games.