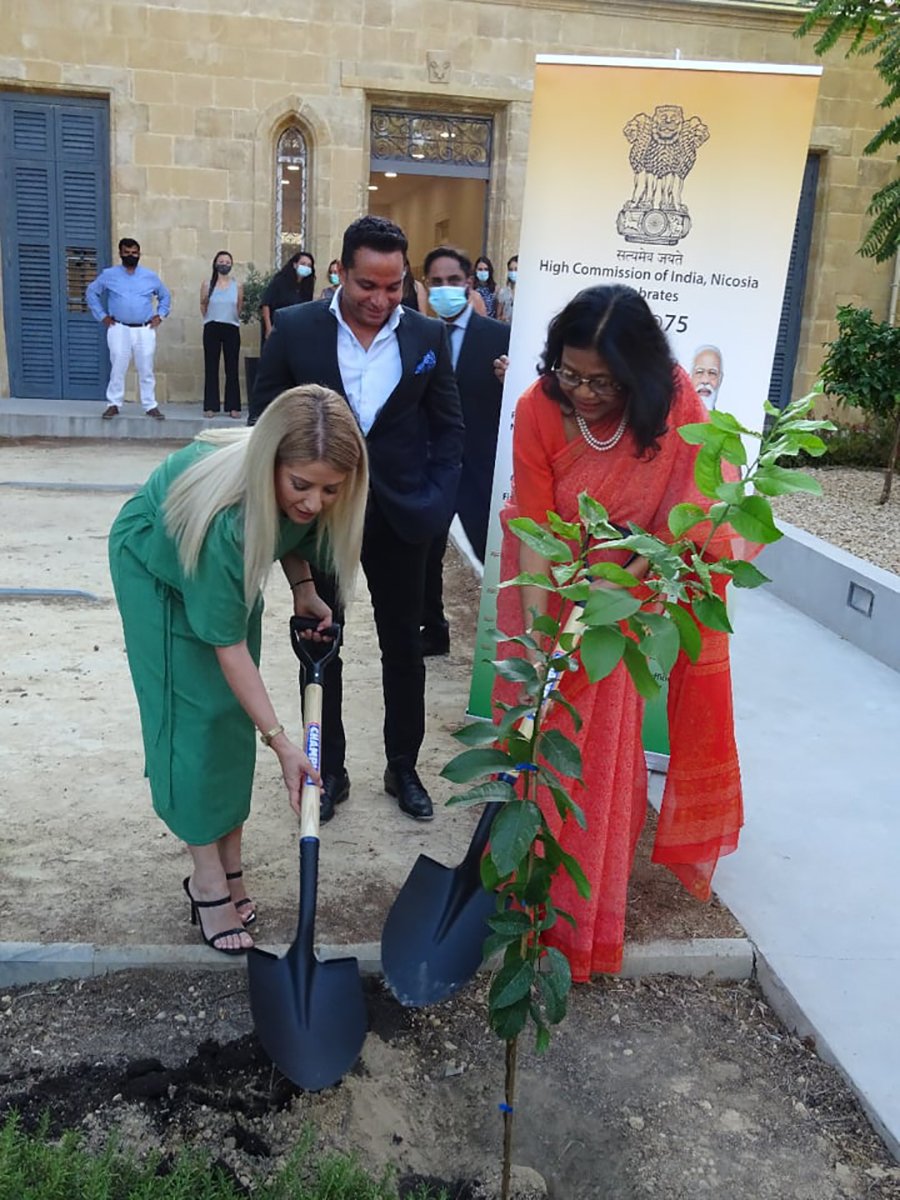 Hope for Children marked the 75th anniversary of the independence of India with a tree planting ceremony attended among others by House president Anita Demetriou, India’s High Commissioner in Nicosia Madhumita Hazarika Bhagat and the NGO’s director Joseph Borghese.

Speaking at the event, that was held on Thursday, Demetriou highlighted the long-standing close relations of friendship and cooperation between the two countries. And she said that it was essential to adopt principles of sustainability and green development.

Bhagat said the celebrations for India’s 75th independence anniversary recall the country’s glorious past and bright future, adding that the High Commission supports the humanitarian work of Hope For Children, contributing to a better future for children.

Borghese thanked the High Commissioner for the cooperation and said the NGO was happy to be participating in the celebrations.

After the event, the High Commissioner visited Hope for Children’s home for unaccompanied children ‘Home for Hope’ where a film on India’s anniversary was screened for children there.