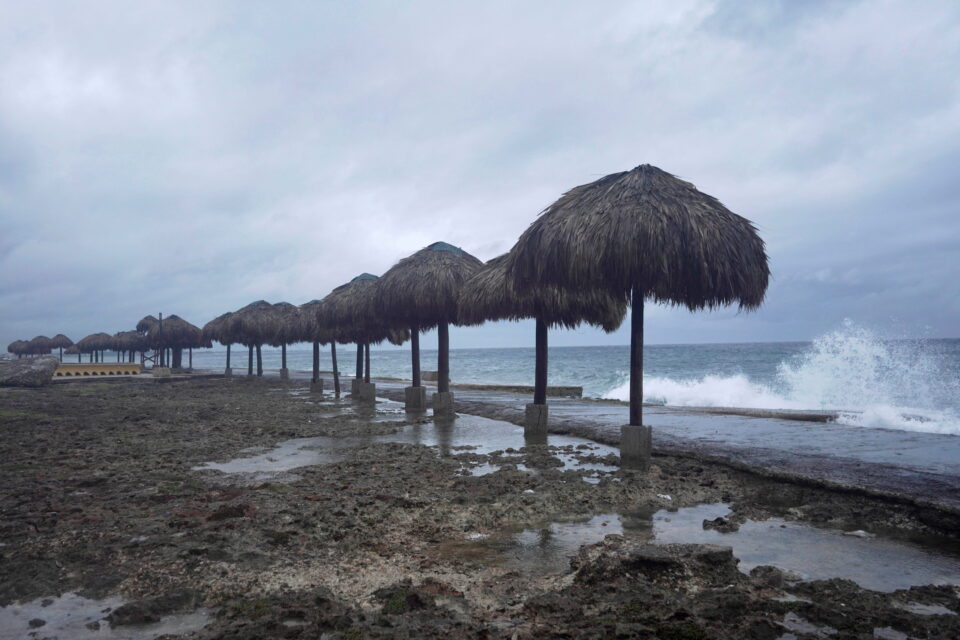 Waves splash at the seafront while Hurricane Ida approaches the island, in Havana

Hurricane Ida churned toward the U.S. Gulf coast on Saturday, forecast to gather strength in coming hours and prompting evacuations of flood-prone New Orleans neighborhoods and oil rigs in the Gulf of Mexico.

Forecasters said it could make U.S. landfall as a dangerous Category 4 storm on the five-step Saffir-Simpson scale, generating winds nearing 140 miles per hour (225 kph), heavy downpours and a tidal surge that could plunge much of the Louisiana shoreline under several feet of water.

Ida battered Cuba on Friday and by early Saturday it was carrying top winds of around 80 mph (129 kph) as it headed northwest, the National Hurricane Center said. The NHC expected the storm to intensify rapidly before coming ashore by late Sunday.

Flooding from Ida’s storm surge – high water driven by the hurricane’s winds – could reach between 10 and 15 feet (3 to 4.5 metres) around the mouth of the Mississippi River, with lower levels extending east along the adjacent coastlines of Mississippi and Alabama, the NHC said.

Louisiana Governor John Bel Edwards, whose state is already reeling from a public health crisis stemming from a fourth wave of the COVID-19 pandemic, urged residents to ready themselves for the hurricane immediately.

“Now is the time to finish your preparations,” he told a Friday afternoon news conference. “By nightfall tomorrow night, you need to be where you intend to ride out the storm.”

New Orleans officials ordered residents to evacuate communities outside the city’s levee system, and posted voluntary evacuation notices for the rest of the parish.

Lifelong Gulf resident Hailey DeLaune, 29, told Reuters she and her fiance spent Friday evening boarding up the windows of his house in Gulfport, Mississippi, and gathering provisions to ride out the storm.

“Hurricanes have always been part of my life,” said the high school theology teacher, who was born during 1992’s Category 5 Hurricane Andrew. “You just run through your list and hope for the best.”

Edwards declared a state of emergency on Thursday, and on Friday U.S. President Joe Biden issued a pre-landfall federal emergency declaration at Edwards’ request. It authorized the U.S. Department of Homeland Security and the Federal Emergency Management Agency to coordinate disaster relief efforts in the state.

Edwards also said he had authorized activation of all 5,000 troops in the Louisiana National Guard for emergency deployments as needed.

U.S. energy companies racing to complete evacuations of offshore platforms in the Gulf ahead of the storm had reduced petroleum production by nearly 60% and gas output by almost half, federal regulators said.

On Friday, Ida smashed into Cuba’s small Isle of Youth, off the southwestern end of the Caribbean island nation, toppling trees and tearing roofs from dwellings.

Jamaica was flooded by heavy rains, and there were landslides after the passage of the storm. Many roads were impassable, forcing some residents to abandon their homes.

Ida, the ninth named storm and fourth hurricane of the 2021 Atlantic hurricane season, may well exceed the strength of Hurricane Laura, the last Category 4 storm to strike Louisiana, by the time it makes landfall, forecasters said.

The region was devastated in August 2005 by Hurricane Katrina, which killed more than 1,800 people.