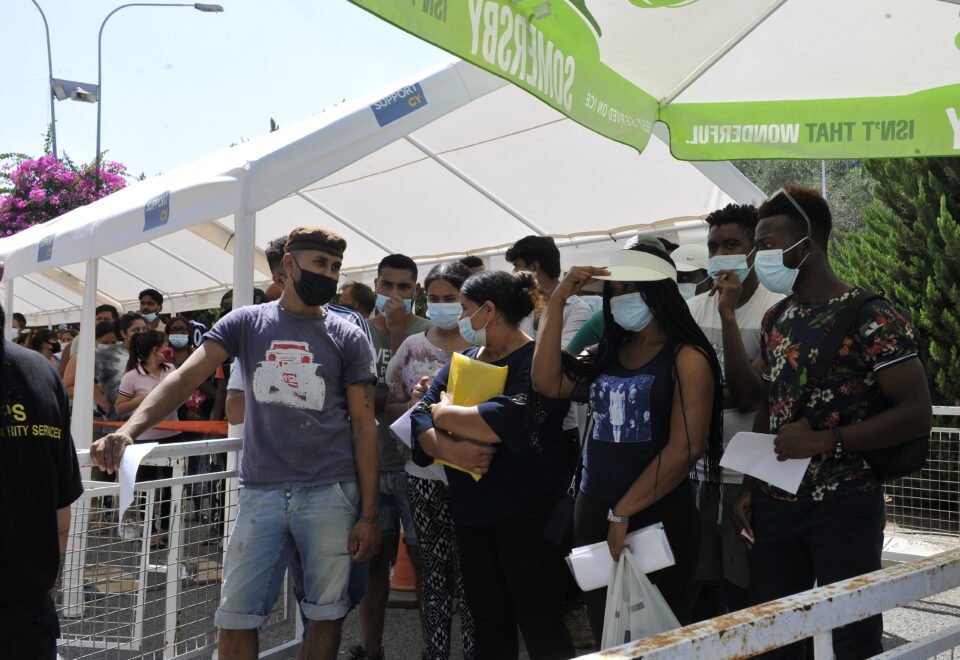 Questions over the long-term outlook of the global Covid-19 vaccination programme have continued to simmer this week, even as the rollout itself gathered steam.

On Monday, the Food and Drug Administration (FDA) in the US gave its approval to the Pfizer vaccine.

On the same day, in Cyprus, Leondios Kostrikis – head of the biotechnology and molecular virology lab at the University of Cyprus – told Sigma TV that getting 82-85 per cent of the population fully vaccinated would result in “what one might call ‘the end of the pandemic’, in that the virus would then become endemic”.

This is what’s popularly known as herd immunity, a situation where “many people are vaccinated, so the virus has difficulty in finding new people to infect,” Kostrikis told the Cyprus Mail. “That’s how you stop epidemics.”

Mass vaccination is still being touted as the best, or only, way to achieve herd immunity. At the same time, however, it’s become very clear that Covid-19 vaccines are ‘leaky’ – that they don’t supply “sterilising immunity”, as Kostrikis puts it. They don’t stop infection, and so-called breakthrough cases are far from rare.

The latest Public Health England briefing, for instance, shows there were 163,329 Delta cases among the partly or fully vaccinated (73,372 of them fully vaccinated) in the period up to August 15, compared with 183,133 among the unvaccinated. In other words, 47 per cent had received at least one jab – less than the proportion in the general population, obviously, but still sizeable.

Similarly, in Israel, 5.86 per cent of PCR tests on vaccinated people on August 24 were positive, with the equivalent number among the unvaccinated being 6.13 per cent. (The figures are from Ministry of Health data, presented by Twitter user RanIsraeli.)

Israel and Britain are useful case studies in having rolled out vaccines slightly earlier than most countries. But even in the US, for instance, a statement from Rochelle Walensky – director of the Centers for Disease Control and Prevention (CDC) – on July 30 cited research showing that “Delta infection resulted in similarly high Sars-CoV-2 viral loads in vaccinated and unvaccinated people”.

In the past few weeks, the focus has shifted from whether vaccines prevent infection (they clearly don’t) to their value in preventing hospitalisation and death – which seems clear-cut, at least for the Delta variant.

This effect mostly pertains to older people. Looking at the Public Health England data again, there were 27 deaths among fully vaccinated under-50s (0.06 per cent) and 72 deaths among unvaccinated under-50s (0.04 per cent, so actually lower). Only when you get to the over-50s is the benefit clear and substantial, with three and a half times the death rate in the unvaccinated – some of whom, it should be noted, might’ve been too old and frail to get the vaccine in the first place.

The effect is also visible in Cyprus, where – despite our government’s absolutely inexcusable refusal to reveal full data on vaccinated cases, deaths and comorbidities – we do at least know that over 80 per cent of those in hospital are unvaccinated.

All this, however, raises an important point. If the vaccine doesn’t stop infection and transmission – if it’s basically a therapeutic, preventing people from getting seriously ill – then how can we ever get to herd immunity?

And, if we can’t get to herd immunity, then why are we segregating people by vaccination status? And why on earth are we vaccinating children and teenagers – who, as we know, don’t get seriously ill from Covid in the first place?

Some may argue that kids do indeed get seriously ill; the news from the US is of paediatric ICUs filling up. It remains to be seen if Delta has somehow changed Covid into a disease that affects all ages – though no-one seems to know why children should suddenly have become susceptible after all this time (and only in the US, at least so far). Even if that were to happen, though, vaccination would still be working as a palliative rather than a long-term solution.

Kostrikis has a stronger argument, claiming that vaccines can indeed get us to herd immunity because they slow down transmission. “The viral load can be the same [between vaccinated and unvaccinated], but the rate of transmission can be different,” he says.

This is a fair point, though in that case we’d expect highly vaccinated countries to have sluggish transmission and lower numbers.

It doesn’t explain what happened in Iceland last month, for instance, where (despite 85 per cent of over-16s being fully jabbed) more cases were recorded than at any other time in the pandemic. More worryingly, statistics show that the surge was led by the vaccinated; only on July 16, a few days after it began, did unvaccinated cases start showing up.

The situation led to Iceland’s chief epidemiologist Thorolfur Gudnason admitting on August 3 that vaccines hadn’t led to herd immunity – a view reinforced a week later in the UK by Sir Andrew Pollard, director of the Oxford Vaccine Group, who told Channel 4 News the following:

“I think we are in a situation here, with this current [Delta] variant, where herd immunity is not a possibility, because it still infects vaccinated individuals. And I suspect what the virus will throw up next is a variant which is perhaps even better at transmitting in vaccinated populations.”

One scientist’s view isn’t conclusive, of course (and the Delta variant is a challenge for current vaccines,

which are pegged to the original Wuhan strain). A day after the FDA approved Pfizer, top infectious diseases expert Dr Anthony Fauci was on CNN insisting that Covid can be controlled by the spring of 2022, but only if the “overwhelming majority” of unvaccinated Americans get the jab. The official line hasn’t changed, nor is it likely to.

So what happens now? What about growing evidence that vaccines wear off after about six months? How does Fauci square his prediction with the fact that currently vaccinated Americans will no longer be protected by the spring of 2022, unless they take one of the booster shots being rolled out next month?

And what about the dangers of vaccine escape, as alluded to by Pollard – i.e. that the virus could evolve specifically to evade vaccine immunity, leading to what Kostrikis calls “a mini-epidemic among vaccinated people”?

That’s “the worst-case scenario,” he told the Cyprus Mail, and it is indeed “a possibility” – adding, however, that “in order to have this happen, you need to have an epidemic going on, so vaccinated people get infected. If there is not enough virus out there, then that possibility diminishes”.

In other words, it probably won’t happen if we can only get to herd immunity. But can we, when the vaccines are leaky in the first place?

We might still have a trump card to play against this virus. A day after his CNN prediction, Dr Fauci was again in the news – beating the drum, for the first time ever, for early treatment, specifically monoclonal antibodies which he said could reduce the risks of hospitalisation and death by up to 85 per cent.

Was it – as cynics speculated – because the vaccine was now approved, and early treatment could therefore be mentioned? Maybe so, but it doesn’t really matter – nor does it matter that monoclonal antibodies are erratic and expensive, and treatment with cheap repurposed drugs would make much more sense.

The point is that ‘vaccines plus early treatment’ are clearly superior to ‘vaccines only’. Maybe we can finally get smart, and end this pandemic.