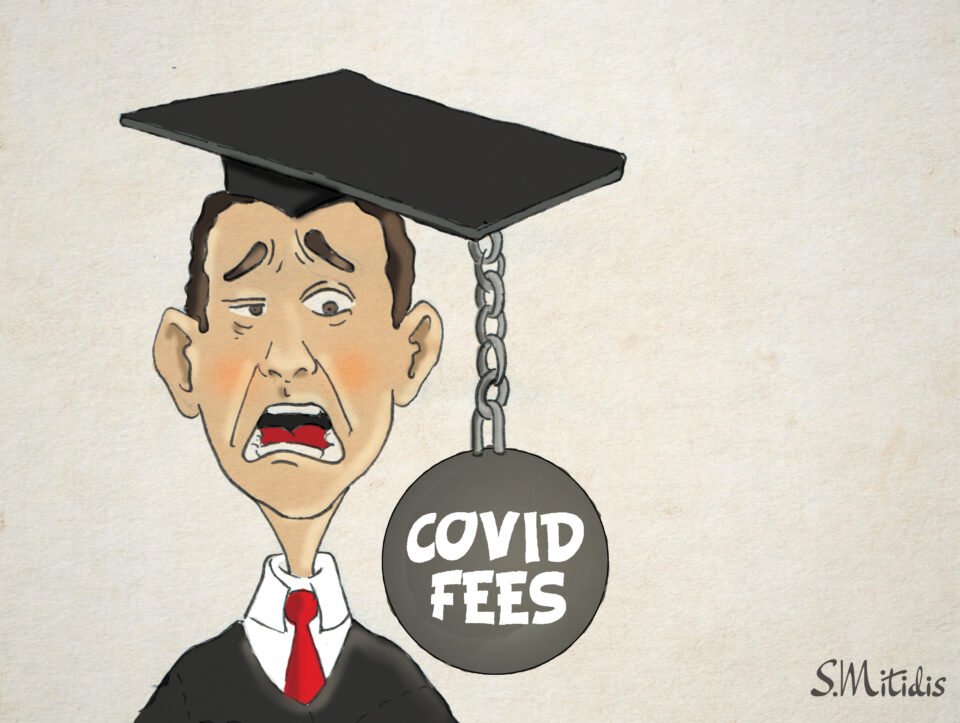 THE REVOKING of the passports of 14 ‘officials’ of the pseudo state by the council of ministers was a gloriously meaningless decision that was enthusiastically cheered by our patriotic parties, but also sparked a lunatic debate with the Turkish Cypriots that was highly entertaining.

It was one of those decisions exclusively targeted to Greek Cypriot public opinion, the government feeling obliged to take retaliatory action for the opening of Varosha even if it would achieve nothing apart from embarrassing the head of the pseudo-state Ersin Tatar. You could not attribute the cabinet being affected by the scorching heat and humidity because it was taken in the cool breeze of the presidential residence in Troodos.

The 14 pseudo-officials were punished for undermining the sovereignty, independence, territorial integrity and security of the Republic of Cyprus, the government spokesman said in justifying the decision. Four who lost their EU passport sat on the committee in charge of the opening of Varosha, while other pseuds punished, apart from Tatar, were the ‘prime minister’ and a host of ‘ministers’.

Although the parties welcomed the punishment of Kyproulla’s underminers it seemed pretty lenient, nothing more than a small inconvenience and mild embarrassment for the pseuds. The government should perhaps consider issuing European arrest warrants against them if it really wants to make them suffer.

PATRIOTIC parties meanwhile were bickering over the copyright of the passport revocations, all of them claiming the fatherhood. Diko was ecstatic that even now, the government was implementing one of the “most important suggestions” of its New Strategy of 2017 (for scoring big victories that amount to nothing).

It gave the page on which this important suggestion was outlined (36) and quoted it in case some people did not believe it. It proposed the rescinding of passports of pseudo ministers and officials “because it is inconceivable for propagandists of partition to travel with passports of the Republic.”

Εdek reminded us that it had been “asking for the implementation of the specific measure since 2017” but unlike Diko it failed to provide written proof, to strengthen its claim.

This competition was futile as Elam was way ahead of them. In its announcement welcoming the decision it said that the revoking of Republic passports, IDs and travel documents of ‘officials’ was a “long-standing position of Elam from the day it was founded”, which was before 2017.

For Elam this was not enough – it also wanted the permanent closing of all crossings even though it would deprive GC citizens of cheap petrol and tobacco.

TATAR could not hide his shame of being exposed as a super-lightweight hardliner. What sort of separatist TC leader worth his salt would have a Cyprus Republic Passport; Rauf Denktash must be turning in his grave having a wimp like Tatar who has a passport of the hated Republic representing the hardline tradition of his community.

Although Tatar’s passport had expired years ago and he had never applied for a new one – which meant our government was not punishing him in any way – such was his shame for having once possessed one he embarked on a verbal offensive. The decision was “racist, anachronistic, mistaken from a human rights point of view and without legal basis.”

Every day the hurting Tatar had something new to say. Why hadn’t those that took part in the 1974 coup not had their passports revoked as they had undermined the sovereignty of the Republic, he asked, while also saying the Republic had been turned into a GC Republic. He again accused Prez Nik of being a racist and cited references he had made about Kyproulla’s Greekness in speeches he made from as far back as 2001.

It was all rather silly and childish, but Tatar thought better of running to mummy Turkey crying because the racist Nik was bullying him.

IN A WRITTEN statement, Nik said he could answer Tatar “with documentation and strictness” but would not do so “to avoid further acrimony, because what interests me is the solution of the Cyprus problem.” But he answered anyway, feeling obliged to make two points about the “baseless and contradictory claims by Tatar.”

The two points he made while it was not his intention to answer rubbed salt into Tatar’s wound, which was a funny way of avoiding further acrimony, but our Nik does not always mean what he writes, often in the same statement. That is his style.

Did he really mean to propose a return to the 1960 constitution, which he did in the same statement, or was he just having a laugh? Regardless of his intention the proposal boosted the entertainment factor as Tatar’s crying had become a bit boring. He knew the Turks would tell him to shove his proposal but he had nothing to lose as his credibility on the Cyprob, outside Kyproulla, hit zero some time ago.

At least he made the Cyprob fun again by mischievously proposing a return to a constitution that proved a monumental disaster and collapsed after just three-and-a-half years. In a few months, having failed to establish the 1960 constitution he could propose the return of British colonial rule, as long as he is governor of course.

Would the hundreds of thousands of GCs who dream of landing a civil service job consent to these jobs being reduced by 30 per cent so they could be given to TCs as per the provisions of the 1960 constitution? If Tatar was smart he would have accepted Nik’s proposal and sat back and enjoyed the violent revolution of the GCs against the government, with Nik in danger of suffering the fate of Ceausescu.

GCs would be more likely to vote in favour of the Annan plan and offer Paphos in addition to Varosha as added incentives to the TCs than agree to a return to 1960 constitution and see a 30 per cent reduction in state jobs that take generous care of the holder for life and beyond.

STAYING on the passports, the pseudo-state is apparently issuing citizenships to Turkish nationals by the truckload. This prompted one TC to tell the following to a customer of our establishment. “At this rate the 90,000 Turkish Cypriots will become a minority in the north and they will move us all to the Karpas to so we can join the wild donkeys as the tourist attraction of the area.”

I COULD not believe that in 2019 Kyproulla’s spending on defence, which stood at 1.8 per cent of GDP, was the fourth highest in the EU, according to Eurostat. This was above the EU average of 1.2 per cent of total GDP. Still, the percentage was higher in 2018, when it was 1.9 per cent but that could be because the GDP was higher that year.

Do we need to mention that the biggest part of the expenditure goes on the wages of the National Guard personnel, which includes a disproportionately high number of highly-paid, senior ranking officers, who are essentially civil servants in fatigues? The number of serving guardsmen does not justify so many colonels, brigadiers and generals, as in our army promotions are based on years of service rather than army needs.

These overpaid, high-ranking officers would probably stage a coup if there was a danger of a return to the 1960 constitution, which had no provision for a GC National Guard.

THE CYPRIOT Centre of Strategic Studies issued it annual report which informed us that the military balance on the island was unchanged with Turkish occupation forces outnumbering the National Guard by 3.5 to 1.

The guy running this one-man centre, Dr Aristos Aritstotelous, despite his military and strategic expertise omitted to mention however that 34,000 Turkish troops on the island could rely on the support of another 900,000 Turkish soldiers, not to mention the air force and navy.

The good doctor of strategic studies should inform us what would be the military imbalance if we factored these into his equation.