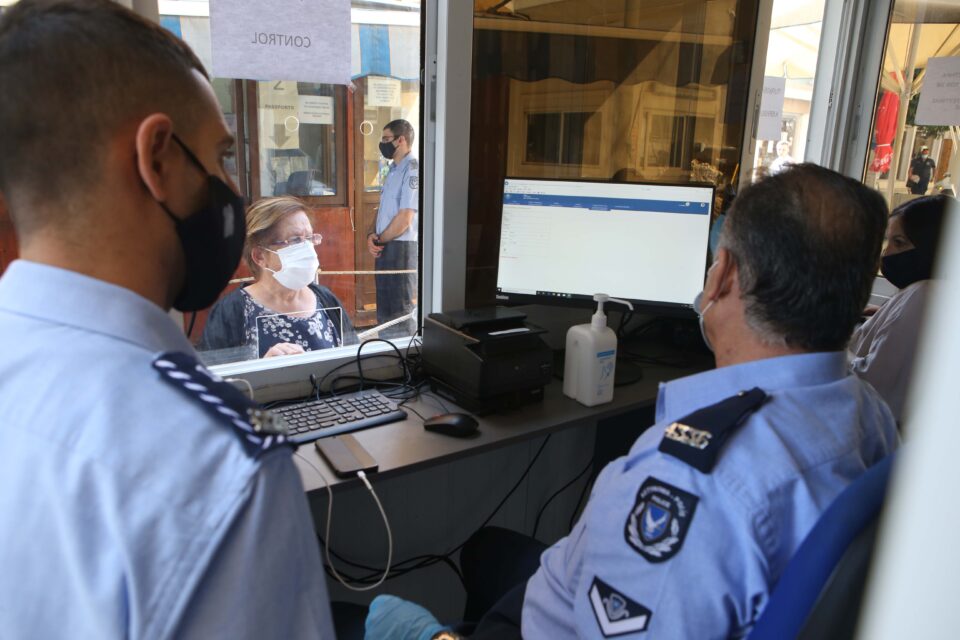 The interior ministry has confirmed to the Sunday Mail that there is a new policy of increased and more detailed checks on Greek Cypriots at crossing points with the north.

Many Greek Cypriots have noticed that since the reopening of the checkpoints on June 4 their ID cards have been subject to greater scrutiny than ever before.

Those Greek Cypriots who have been crossing over to the north for years, and were typically waved through after Cyprus police gave just a cursory glance at their Republic of Cyprus IDs, have noticed that their documents are now being scanned, with details being registered into the computer system.

“Yes, there has been a change, there have been instructions that for whomever crosses from the checkpoints to provide details of their ID – since the reopening of the checkpoints there are more detailed checks in accordance with the new guidelines,” Eleni Constantinou, of the police press office, told the Sunday Mail.

Due to the political sensitivity of the issue – the crossings are checkpoints, not borders – the Republic, until recently, did not process the ID cards of Greek Cypriots.

“Especially at Ledra [street crossing], I would just flash them my ID and they would see I’m a Greek Cypriot and I would just cross,” Emilia Chrysanthou told the Sunday Mail.

“It’s strange because for 18 years that I’ve been crossing over it has always been very relaxed without my documents being processed, so I’m just not sure why it’s happening now,” she said.

The interior ministry confirmed that checks had become far more strict, but said it was just implementing the Green Line regulations on trade and movement which date back to 2004.

“The Republic of Cyprus has an obligation to carry out checks on those crossing from the green line, based on Regulation 866/2004,” the ministry said in a statement.

“The interior ministry, within the context of upgrading its computer system at the checkpoints, has implemented a policy of complete checks on all those crossing.”

Some have expressed anger at the change.

Another Greek Cypriot woman who regularly crosses over said she was taken aback when she was asked to provide her documents in detail.

“I flew into a rage, I said ‘I’m not showing you my ID in my own country, whose crazy idea is this to ask for my passport or ID?’” she told the Sunday Mail.

“After my small outburst they didn’t insist that I show them my ID when I crossed again and they didn’t bother me,” she said.

However Turkish Cypriots have always had their IDs subject to more thorough checks.

Others who cross over report various levels of scrutiny of their documents which can often be unpredictable.

EU citizens have also always had their passports checked, while British nationals who, since Brexit are third-country nationals, are now often also asked to show their ‘yellow slips’ to prove that they are permanent residents in Cyprus.