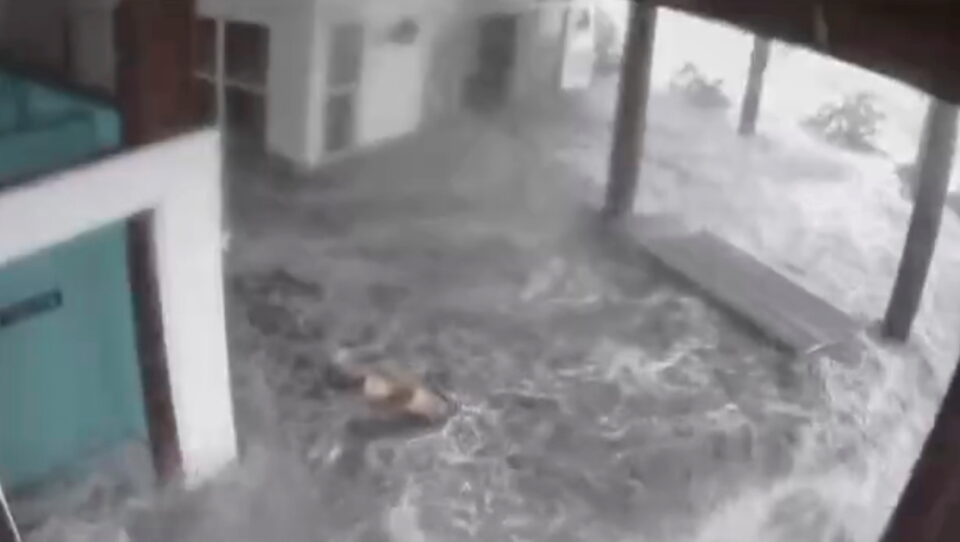 Nearly all of Louisiana lost electrical power on Monday after one of the most powerful hurricanes to strike the region downed power lines, littered roads with debris and flooded isolated communities south of New Orleans.

At least one person was killed in Louisiana and more fatalities were expected, Governor John Bel Edwards told media, as Ida grinded north as a tropical storm.

Virtually no one in the state has electricity and many water systems are also out, the governor said. Emergency 911 service was not available in New Orleans, which is 100 miles (160 km) from where Ida made landfall as a Category 4 hurricane. Energy company Entergy said customers in the hardest-hit areas could experience power outages for weeks.

Climate change is fueling deadly and disastrous weather across the globe, including stronger and more damaging hurricanes.

“Please remain sheltered in place,” the city of New Orleans Emergency Medical Services warned residents on Twitter. “Although you may be tempted to go explore, conditions are still very dangerous.”

President Joe Biden declared a major disaster in the state, ordering federal assistance to bolster recovery efforts. The Federal Emergency Management Administration (FEMA) sent 3,600 of its personnel and 3.4 million meals to the storm-devastated area, the White House said in a statement.

Ida crashed ashore at a time when Louisiana is reeling from a resurgence of COVID-19 infections that has strained the state’s healthcare system, with an estimated 2,450 COVID-19 patients hospitalized statewide, many in intensive care units.

Even so, early assessments indicate that the healthcare system in Louisiana largely escaped catastrophic damage.

A loss of generator power at the Thibodaux Regional Health System hospital in Lafourche Parish, southwest of New Orleans, forced medical workers to manually assist respirator patients with breathing while they were moved to another floor, the state Health Department told to Reuters on Sunday.

The storm arrived 16 years to the day after Hurricane Katrina, one of the most catastrophic and deadly U.S. storms on record, struck the Gulf Coast, and about a year after the last Category 4 hurricane, Laura, battered Louisiana.

FEMA administrator Deanne Criswell said the full impact of the storm would become clear later in the day.

One of the notable buildings destroyed by the storm was the Karnofsky Shop, reputed to be the first jazz record store in New Orleans.

“We’re hearing about widespread structural damage,” Criswell said in an interview with CNN. “I don’t think there could have been a worse path for this storm. It’s going to have some significant impacts.”

The Southeast Louisiana Flood Protection Authority East, the state agency that manages the $14.5 billion system of levees, floodwalls and gates erected after Hurricane Katrina, said in a statement that the system performed as designed during Ida.

“There were no levee breaches or overtopping … There have been no issues with our pumps,” the agency said.

Ida lost some of its punch as it pushed through southwestern Mississippi, but the system could still trigger heavy flooding throughout the region, the National Hurricane Center said.

The National Guard said it has dispatched thousands of personnel as well as vehicles that can navigate flooded roads, boats and 34 helicopters to rescue people stranded by flood waters.

Jefferson Parish Sheriff Joe Lopinto said he was coordinating a flotilla of boats on Monday morning to rescue an estimated 400 residents of Lafitte, a tiny fishing community about 25 miles (40 km) south of New Orleans, who had ridden out the storm.

“We got a lot of high water that’s really never been in those places before,” Lopinto told reporters. “I talked to one resident who’s never had water in their house and actually had 8 feet last night.”

Lopinto said the parish had an ample number of boats, including some from the Louisiana Cajun Navy https://www.reuters.com/world/us/cajun-navy-volunteers-race-help-idas-wake-2021-08-30, a group of disaster relief volunteers, and expected the operation to wrap up by the end of Monday.

“The reality of it is that the water will continue to recede, and we’ll go house to house just like we did the other day to check on people, make sure they got out.”

The entire New Orleans metropolitan area lost power after the failure of all eight transmission lines that deliver electricity to the city, the utility company Entergy Louisiana reported.

Just over 1 million Louisiana homes and businesses were without electricity, as well as nearly 113,000 in Mississippi, according to the tracking site PowerOutage.

US interest rates are soon to rise; threat to recovering economies is real — IMF Chief Economist