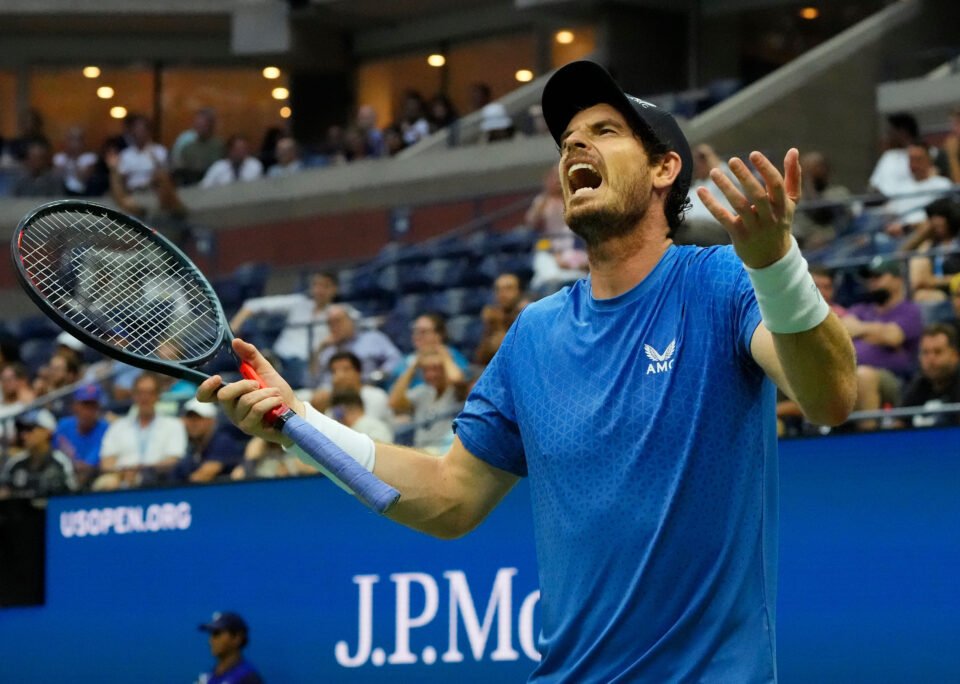 Stefanos Tsitsipas used his bathroom break when nature called at the U.S. Open on Monday but opponent Andy Murray fumed about the lengthy disruption as his hopes of scoring an opening round upset went down the toilet.

Murray said he had been warned by his team to be prepared for disruptions such as a bathroom break or medical timeout if his third-seeded opponent saw the match slipping away. And if that was the Greek’s plan it worked to perfection as a distracted Murray vented his opinion to the chair umpire, courtside officials and anyone else in earshot as Tsitsipas recovered to claim a 2-6 7-6(7) 3-6 6-3 6-4 victory.

“I think he’s a brilliant player. I think he’s great for the game but I have zero time for that stuff at all,” said Murray, who left the court after a profanity-laced rant to no one in particular. “I lost respect for him.”

What upset Murray more than the timing was the length of a bathroom break which ran close to eight minutes, taking away any momentum the Scotsman had been building.

Tsitsipas also had a medical timeout to receive treatment on his left foot after dropping the third set.

After each break Murray grew more frustrated at officials for refusing to call the Greek on what he saw as stalling tactics.

“When you’re playing a brutal match like that, you know, stopping for seven, eight minutes, you do cool down,” said Murray. “It can’t be coincidence that it’s happening at those moments.

“It’s just disappointing because I feel it influenced the outcome of the match. I’m not saying I necessarily win that match … but it had influence on what was happening after those breaks.”

Currently there are no time limits on bathroom breaks and Tsitsipas said he had abided by regulations.

“I don’t think I broke any rules,” he said. “I’m playing by the rules and sticking to what the ATP says is fair, then the rest is fine.

“If there’s something that he has to tell me, we should speak the two of us to kind of understand what went wrong.”

Murray, a member of the player council, said the issue of delay tactics comes up regularly and discussions have been held on ways to keep rules from being exploited.

“We speak about it all of the time,” said Murray. “Some suggestions are if you take a medical timeout or a break before, let’s say, my serve, that you forfeit the game.

“Maybe I’m being unreasonable. Maybe I’m over-reacting to something because I lost the match.

“But right now sitting here I feel like it’s nonsense and they need to make a change because it’s not good for the sport.”

Naomi Osaka came to Flushing Meadows to entertain and did not disappoint on Monday, overcoming a slow start to beat Czech Marie Bouzkova 6-4 6-1 and get her U.S. Open title defence under way in front of a roaring capacity crowd.

Unseeded Bouzkova held her own through much of the first set but failed to convert on four break point opportunities against the Japanese four-time Grand Slam winner.

Osaka, who fired 21 winners but committed 13 unforced errors in the first set, broke Bouzkova’s serve at 5-4 to win the opener and never looked back, winning the first five games of the second despite struggling with her first serve.

The world number three closed out the match with a forehand winner, offering a smile and a wave to the stands that were empty a year ago.

“I’m the type of player that wants to entertain a crowd as well. I think last year I was just really business,” she said.

“I wouldn’t try to hit a crazy serve or anything like that. Of course, I’m only one match in here and I don’t think I’ve gotten that distracted yet.”

Osaka’s only previous meeting with Bouzkova came at the first round of the Australian Open in 2020, where she also won in straight sets.

“I thought today’s match was really tough. I haven’t played her in a while. I guess just to be able to be the first night match and to win in two sets was really important to me,” she told reporters.

In the run-up to the year’s final major, much of the talk around Osaka focused on her inconsistent play and relative lack of time on court as she crashed out in the third round of the Tokyo Olympics and the Western & Southern Open.

But the match marked a reassuring return to form for the 23-year-old, who looks the likeliest candidate to upset world number one Ash Barty on the New York hardcourts.

Osaka, who had her powerful forehand dialled in and held Bouzkova to just 10 winners in the entire match, said she felt at home at Arthur Ashe Stadium, where she won her first major title three years ago.

“I’m always nervous during the first round in a Slam,” said Osaka.

“It felt kind of surreal to walk onto the court and to hear an actual audience this time. To see people and to hear their energy, because last year the automated crowd noise was kind of the same all the time.

“But here, people are reacting in real time, so it was cool.”

Housing prices to stay high around the globe — Economists