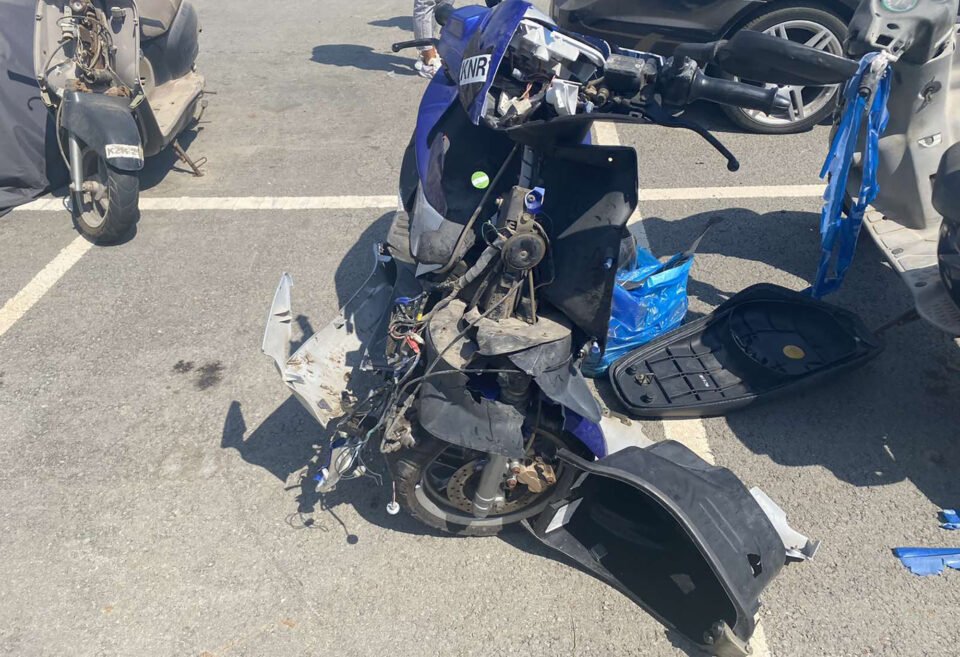 A 24-year-old man has died, while a 30-year-old woman has been hospitalised in serious condition after they were involved in a motorcycle accident in Famagusta, police said early on Wednesday.

Nepalese national, Tulsi Bhusal, is the third motorcyclist who died on the island’s roads in less than 48 hours.

The recent accident took place around 6.20pm on Tuesday on Akropoleos Street in Dherynia.

The young man, under conditions that are being investigated, lost control of the moped he was driving and crashed into a wall. According to police, neither he nor his passenger were wearing a helmet.

Bhusal and the 30-year-old female passenger were rushed to the Famagusta general hospital.

The man was pronounced dead on arrival, while the woman was diagnosed with multiple injuries and due to the seriousness of her condition was transferred to Nicosia general hospital for further treatment where she is in the ICU..

Traffic police went to the scene to conduct examinations and determine the exact conditions of the accident.

Another motorcycle collision earlier in the day in Xylophagou, Larnaca, was the cause of death of 25-year-old Andreas Kota. As part of the investigations, a 45-year-old garbage truck driver, who was involved in the accident, was arrested.

Late on Sunday, 28-year-old motorcyclist Savvas Gamvroudiou died on Omonia Avenue, Limassol after a collision with a car which reportedly attempted a U turn from the west side of the four-lane avenue.

The latest victims raise the total number of motorcyclists’ deaths in traffic collisions so far this year to 13.

There has been a total of 27 road deaths so far this year after 26 fatal accidents, police told the Cyprus Mail.
Last year, there were 29 road fatalities.