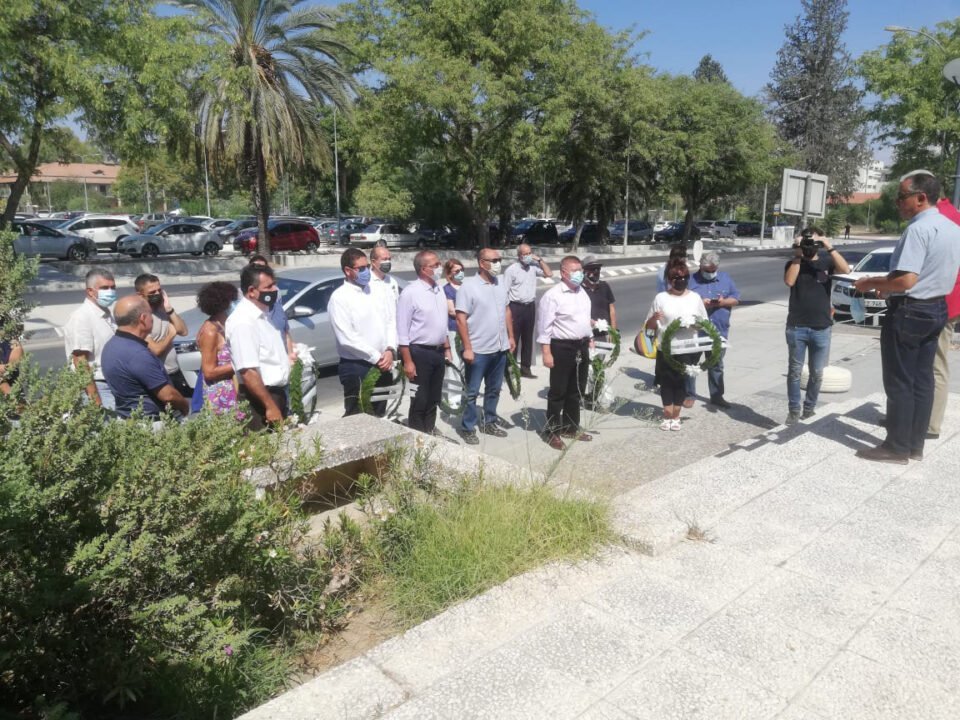 The union reps at the PASYDY building (CNA)

Greek Cypriot and Turkish Cypriot unions on Wednesday jointly called for reconciliation and cooperation to mark World Peace Day in memory of the millions of victims of Nazism.

During a joint news conference at the Home for Cooperation in Nicosia’s Green Line, the union representatives said only peace would serves the interests of peoples in Cyprus and in the region.

“The continuing division of our country, the economic difficulties, the continuing tension in the Mediterranean region, the danger of war, and migration are the realities experienced by the Turkish Cypriot and Greek Cypriot workers,” the joint statement said.

“The interest of the peoples of the region is served by conciliation and co-operation for the peaceful settlement of any disputes, through dialogue on the basis of reciprocity and rules of international law and not escalation of tensions and controversy,” it added.

The statement said that developments in Cyprus and in the region, reaffirm once again the need to reach a solution to the Cyprus problem, which would contribute to the de-escalation of tensions and promote stability and peace in the Eastern Mediterranean.

The avoidance of Cyprus negotiations and the blame games being played do not contribute to the solution the statement said.

Talks on resolving the Cyprus issue should resume as soon as possible from where they stopped in Crans-Montana, reaffirming the convergences that have been. “The absence of dialogue, the creation of new faits accomplis and the actions that separate one community from another will lead to the final division of our homeland,” it added.

The pandemic and the unprecedented conditions that have been created due to that have also highlighted the common class interests of Greek Cypriot and Turkish Cypriot workers.

After the press conference, representatives of the organisations and unions present laid wreaths at the monument for those who died during World war II at the PASYDY building in Nicosia.