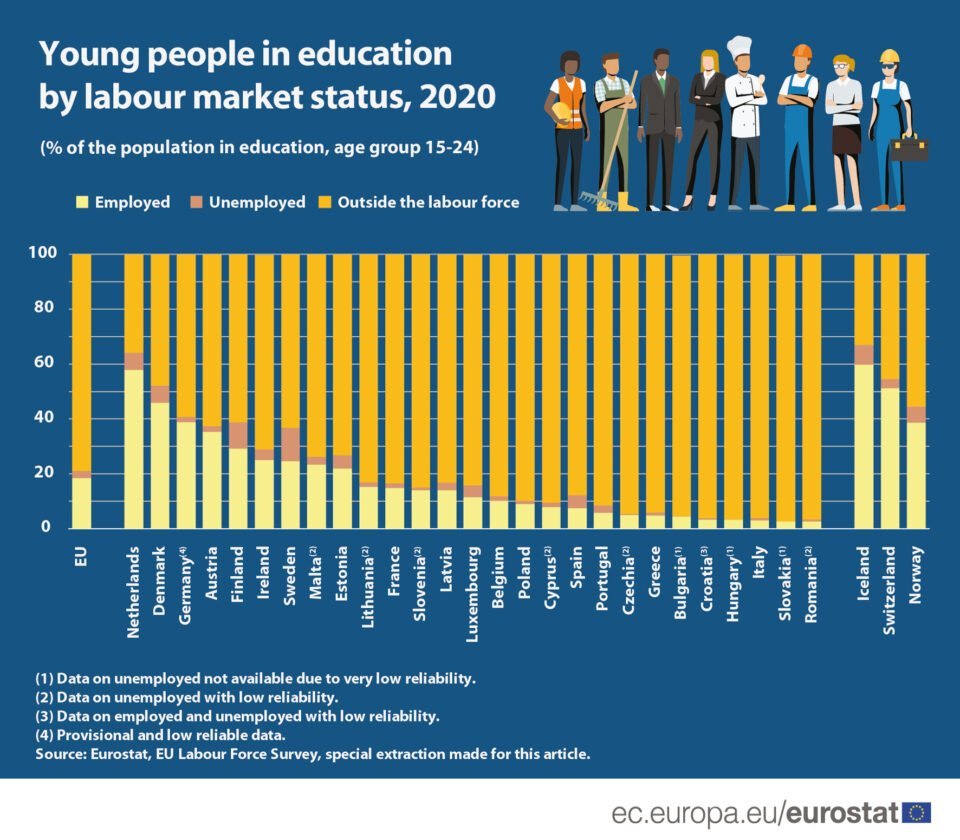 Just under 10 per cent of young people in Cyprus who are in education were also employed according to Eurostat figures for 2020 published on Thursday.

The study looked at the employment status of young people in education between the ages of 15 and 24 on an EU-wide basis, finding that the pace of transition from school to work was highly dependent on the education system and labour market characteristics of each country.

EU member states were grouped according to similarities in these characteristics, with Cyprus classed alongside countries with a youth unemployment close to the EU average, and a “relatively moderate involvement of students in the labour force”.

Other than Cyprus, the group comprised of France (used in an example graph), Croatia, Italy, Portugal, Latvia, Lithuania, Luxembourg, Serbia and Turkey. 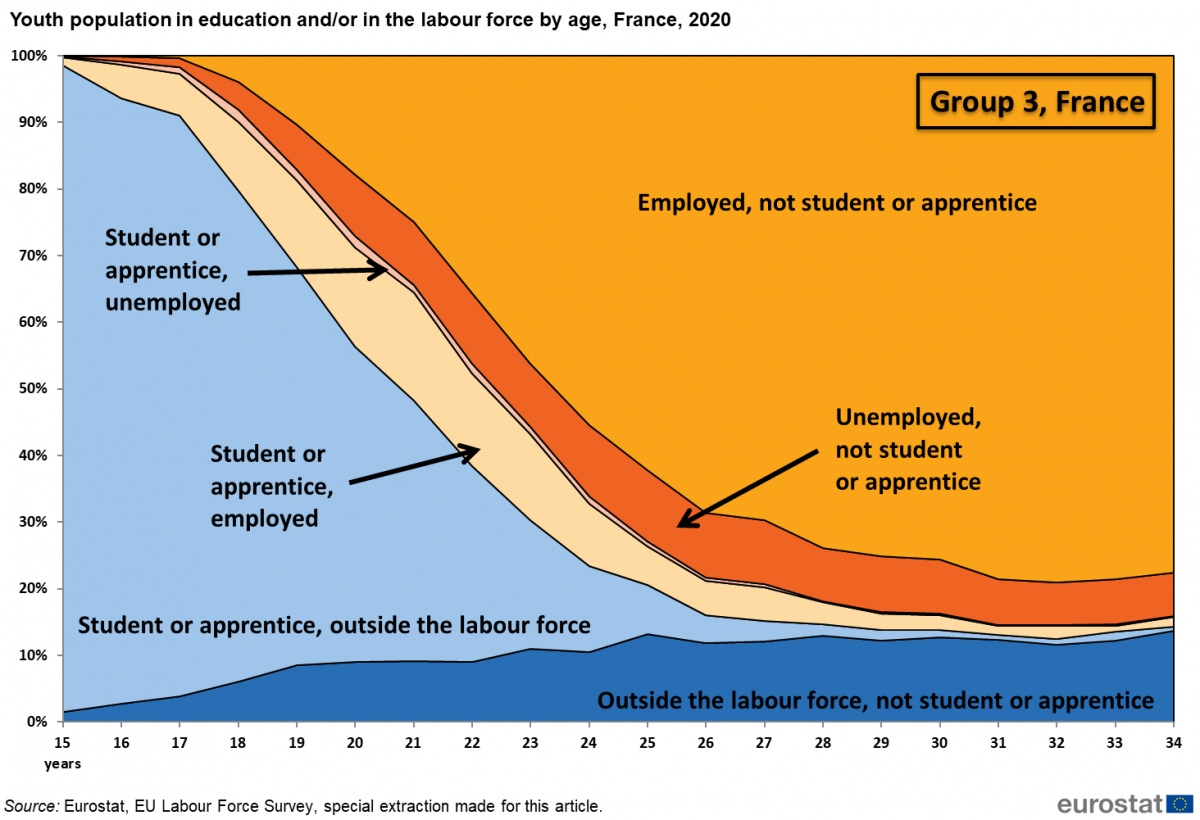 In these countries, employed students correspond to two groups; they are either apprentices or paid trainees (if the traineeship is part of a formal programme; and which are conventionally considered as employed and in education), or they are students who work at the same time.

In addition, 18.4 per cent of young people in education were employed at the same time in 2020 while only 2.5 per cent were unemployed and looking for a job while studying. The second group increased by 16 per cent over 2020.

In contrast, the lowest shares of employment among pupils and students aged 15-24 were found in Croatia and Hungary (both 3.3 per cent), Italy (3.0 per cent), Slovakia and Romania (both 2.5 per cent).

In Cyprus, just under 10 per cent of young people in education were also in employment.

The highest share of pupils and students aged 15-24 who were unemployed (meaning that they were looking for a job and ready to start to work while studying) was recorded in Sweden (12.1 per cent), followed by Finland (9.5 per cent), Denmark and the Netherlands (both 6.3 per cent). On the other hand, in Slovenia, Italy, Romania, Czechia and Croatia, less than 1 per cent of pupils and students in that age group were unemployed.