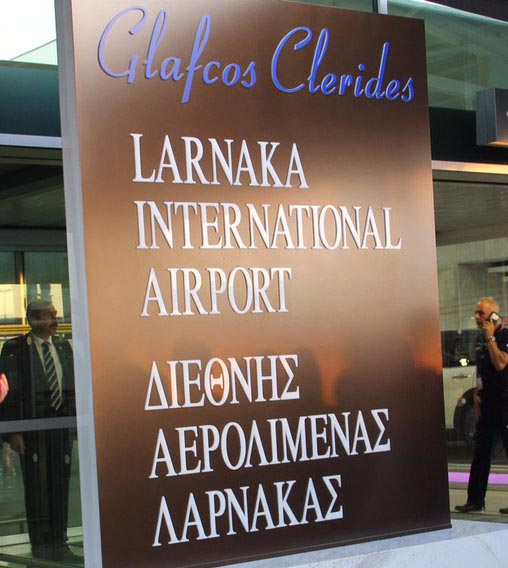 The committee in charge of naming streets of the Limassol municipality is scheduled to meet on Wednesday to discuss proposals for renaming main thoroughfares in the town. The new names being discussed, underlining the total lack of imagination of councillors, are of former presidents of the republic, after whom several facilities and roads have already been named.

Disy municipal councillors proposed that the road that runs along the coast be named Glafcos Clerides, whose name was also given to Larnaca international airport, not so long ago. To keep a balance, the committee decided it would also discuss an older proposal to call the avenue that goes to Limassol port Tassos Papadopoulos.

One of the arguments used to back the Papadopoulos naming was that the avenue to port was constructed and opened during his presidency. The obvious question is, ‘so what?’ He did not pay for it, he did not design it or work on it. The building of new roads takes place during all presidencies and this could not be an argument for naming a road after the man who happened to be in office at the time.

At least in the Papadopoulos case, there is an argument, however weak and unconvincing it may be. What is the argument of naming the busy coastal road after Clerides? Was it built during his presidency, did he go for long walks along the Limassol coast, or was he involved in some historic event that took place in the area?

This idiocy of renaming our main roads in order to honour former presidents must stop. We should have learned after the insanity of naming everything from stadiums to hospitals and from charities to satellite stations after Makarios, not to mention that the central road in every town is called ‘Archbishop Makarios III’.

We unnecessarily named stadiums after Papadopoulos and Spyros Kyprianou, not to mention the roads, and there is Clerides airport. We have honoured them enough as a society. If municipal councils want to keep honouring former presidents they should name some of Makarios III streets and avenues after them, so they do not mess with streets, whose names are part of a town’s history, references of people’s lives and part of a business’ identity?

A few years ago Strovolos municipal council decided it should rename Athalassa Avenue and give it the Papadopoulos name, but there was a strong reaction from households and businesses and street and the proposal was scrapped. The people of Limassol could do the same. We have more than enough streets names after former presidents.