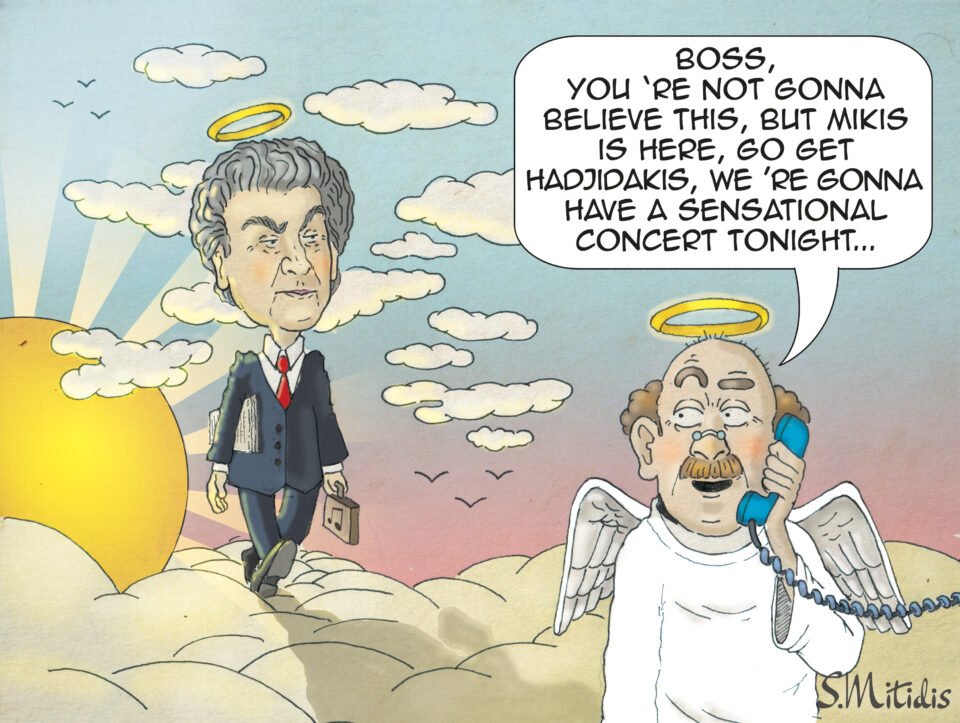 SADLY, it does not look like we will be returning to the constitution of 1960 any time soon, Prez Nik’s zealous and earnest initiative failing to convince anyone, not even the unitary state fantasists of Edek and Diko, that his proposal belonged to the real world.

It will end up as just another entry into the voluminous Book of Cyprob Fantasy, authored over the years by our presidents, party leaders, civil servants, hacks, academics, lawyers, developers, looking to protect their personal interests or advance their careers by maintaining the status quo.

Nik’s pride and arrogance, however, could not allow this to happen yet. This was why he staged a theatre of meetings last week and stuck with the crazy proposal in the belief there would be some patriotic simpletons that would actually take it seriously and not think the prez was riding unicorns.

But the directing of the theatre was amateurish. The meeting of the negotiating team, for example took place after the proposal was made so what was its point? To provide arguments to make the prez’s flight of fancy appear pragmatic or to applaud his wild imagination?

PRESS reports suggested that a new dilemma arose at the meeting. Was Nik referring to a return to the constitution of 1960, which provided for Turkish Cypriot participation in all state structures? This would be unfair and unjust for the Greek Cypriots, who had made so many sacrifices to keep the Republic going since the TCs abandoned it.

The team decided that what he had in mind, although he never said it, was a return to the constitution of 1964, based on the law of dire necessity, which ensures the state is exclusive Greek Cypriot ownership. We did not learn whether the team explored the probability of the TCs accepting such a proposal.

I suspect they did not because they knew that it was a little less than zero, although this took nothing away from the proposal, which would, nevertheless be a significant addition to the Book of Cyprob Fantasy.

WHAT was foreign minister Nicos Christodoulides thinking when he publicly belittled his boss’ proposal by saying it was a “figure of speech”, the implication being it should not have been taken seriously? Had he received clearance to say such a thing, or did he think he was sparing Nik from further embarrassment?

Nik recognised that going with Christodoulides’ line would be even more embarrassing because it would mean that the Prez did not always know what he was talking about. It would allow everyone to ask, whenever he said something about the Cyprob, whether it was meant to be taken seriously or it was just a “figure of speech”, which seems a code phrase for ‘nonsense’.

So, he stuck to his guns and after the national council meeting, the government spokesman assured us that the return to 1960 was not a “figure of speech” but a proposal “within the framework of the initiatives of the President of the Republic aimed at the resumption of the talks.”

Outside the presidential fantasy world, this proposal is a guarantee there would never be a resumption of talks, given that a unitary state and two states seem mutually exclusive.

THE CRISIS in Afghanistan was keeping away foreign officials, said Phil on Tuesday, implying that if there was no crisis foreign envoys would be rushing to the island to deal with the Cyprob. Both Jane Holl Lute, the UN’s specialist in mediation failure, and a British envoy had postponed their visits, the paper said. The Taliban have wrecked the prospects of a settlement.

Could it be that they are not coming because the already massive chasm separating the two sides has grown even wider in the last couple of weeks? Admittedly, these are the ideal conditions for Lute to record another failure and add it to the long list she has amassed, but it appears the UNSG has decided to call a halt to her pointless visits.

A few days later, Phil, reported the bleeding obvious – ‘there is no common ground for an informal 5+1 (meeting)’ – to add that the UNSG would see the two leaders separately in New York. In the end, the paper realised it was not the Taliban who were to blame for the lack of progress.

THE COMRADES of Akel have realised that moaning about Nik’s unpredictable Cyprob show does not have much appeal so in the last week they decided to start crying about the poor state of the economy, even though this was not justified by the latest figures released.

They engaged in a very liberal reading of the figures released by Cystat, while Haravghi featured headlines along the lines of ‘Young and families with children sinking in poverty’ and ‘Last on health and social protection’. There was also the ‘Barrage of higher prices for all essential products and services,’ regarding which the commies demanded state intervention.

It responded to the government’s gloating about unemployment being at the lowest level since June 2009, by claiming people were being paid “hunger wages”. Although the risk of poverty had fallen in 2019, compared to the previous year, “for individuals up to 17 years of age the percentage had risen from 23% to 23.4%” the mouthpiece Haravghi said.

Although families were sinking in poverty, the average disposable income for household had risen marginally in 2019 to €19,430, but “it was still at a lower level in relation to 2012, before the crisis of the memorandum (€20,218).” 2012 was the last year of Comrade Tof’s glorious reign, before the crisis he played no part in creating.

HAS THERE ever been a tenders’ procedure for a state project that has not been declared null and void because of some technicality? There may have been one or two but the majority are scrapped and done all over again. The latest project to suffer this fate was the construction of a new EAC power station at Vassiliko, which was meant to start operating in 2023.

The EAC can kiss that start date goodbye because the Tenders Review Board, unanimously annulled the procedure in examining an appeal by a failed bidder. The reason was that the composition of the EAC’s evaluating committee was illegal. Six of its 12 meetings were attended by an EAC employee who was not a member the evaluating committee.

Other objections were also upheld, but what level of incompetence does it require to make such a monumental blunder, having a non-member of the committee taking part in meetings, when it is written in stone that a losing bidder will appeal and look for reason to cancel the procedure? I must be missing something here.

IF SOME people were not sure whether the Bishop of Morphou, Neophytos, had a few screws loose, he removed all doubts last week when he told his congregation he had asked the Virgin Mary to infect him with Covid-19 as way of “humbling him” and ridding him of his arrogance.

He said: “What a lovely illness, it simply humbles. I said, ‘Mother of God, instead of being a bishop and being thought of as a Superman and by some as a Saint, will you not give me, after your holy day, some coronavirus. And instead of being arrogant and healthy, better to be humbled and sick’.”

This was not a figure of speech but a very clear message: Vaccinations are unnecessary, just ask the Virgin Mary to infect you with the lovely illness and you will have immunity. Neophytos guarantees it will also make you a better person, if you do not die.

ALTHOUGH he has not made any public statement, it is no secret that foreign minister Nikos Christodoulides has set his sights on the presidency. For now he is just concentrating on cultivating his image, as wonderful person, a devoted family man and good father.

The task of selling him as a perfect human being has been undertaken by his wife, Ms Philippa Karsera, who despite claims of being averse to publicity has been giving interviews to lifestyle publications, which are primarily read by female voters, who are certain to be impressed by the wife’s praise for her hubby.

In May she gave an interview to a Dias group website, I Love Style and said: “I was won over by his personality, his smile. He breathed seriousness, he also had a unique humour. Low-key person, hard-working and sociable…..”

In June she was interviewed by Phil rag Omikron and to the question, “How did he win you,” the answer was exactly the same as above. His personality, his smile…. Mrs Karsera offered many examples of her husband’s absolute wonderfulness as a human being, but I am running out of space and I do not want to be accused of helping her covert election campaigning.

Our View: After 18 difficult months economic indicators are looking up