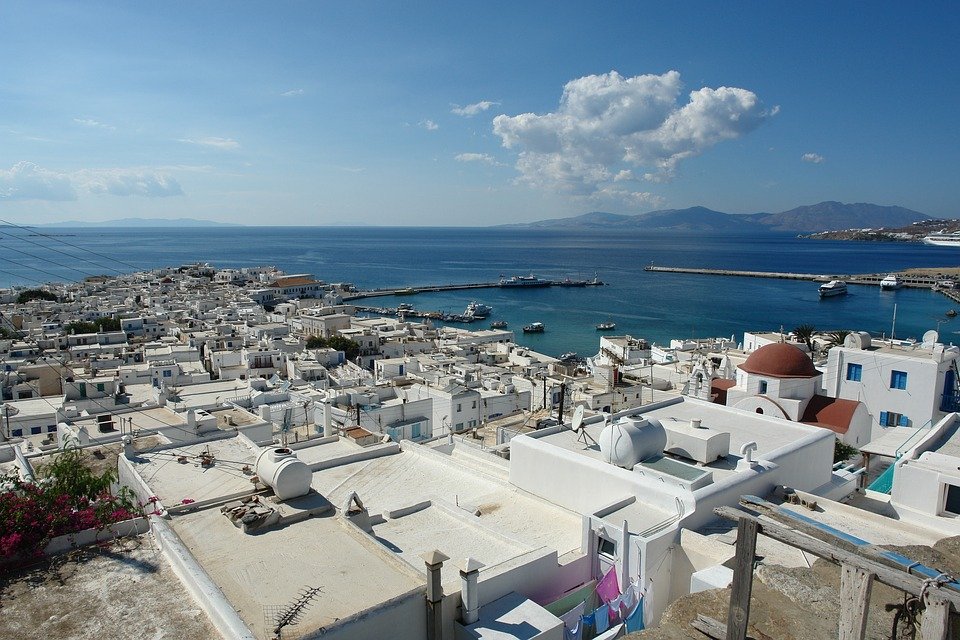 In the past we have talked about real estate and celebrities and having a celebrity’s name attached to a certain project can affect property prices.

The same applies to places celebrities frequent. Mykonos is one such destination becoming more and more popular with celebrities in recent years. An island of 30.000 people (in the wintertime), increasing to 100.000 in the summer, which accommodates around 2 million tourists.

The Aegean island is barren of trees, either naturally or because locals have burned them so as to avoid the status of forest land, which would not allow them to build.

What is impressive however is how they have managed to retain the local architecture everywhere with strict planning, even for public toilets, hotels and on so on. The narrow streets have their charm be it that they are very dangerous lacking pavements and lighting at night.

It is worth visiting the island at least once, but it will definitely cost you. Mykonos is a pricey destination.

Eating out, drinking and taxis are also expensive.

For say a two-bedroom apartment in Mykonos we have been informed that property taxes will reach €270-€350 a year. In Cyprus we have abolished property tax, making our real estate quite competitive.

Also, the let period is around five months of the year, as opposed to the average let period of 7 months in Cyprus. The rates are similar to those in the Protaras region, and lets must be for more than 30 days in order to be legal. The regulation is similar to this in Cyprus but it is not implemented in both countries.

Due to the expense, the stay period in Mykonos is on average four or five days (in Cyprus it is seven to ten days). Of course, the experience you get as a tourist is not necessarily correct. There could be alternative locations and out of the way places with real estate and entertainment available at much lower prices.

Some locations in Cyprus have acquired a name for themselves based on celebrities acquiring real estate there. A recent project in Peyia, Cap St George, attracted by several international football players and other celebrities, such as Shakira. Prices have shot up and it is one of the few projects that have not, it seems, been affected by the passport issue and the pandemic.

We once attempted to get a celebrity interested in a project of ours in Crete. The celebrity was not satisfied with the offer of a substantial discount, but wanted  a four-bedroom villa worth €2,5 million given to them and in return they would host a popular TV programme at the development. We turned them down but we wonder, had we agreed, what the result would have been.

The way forward for real estate in Cyprus