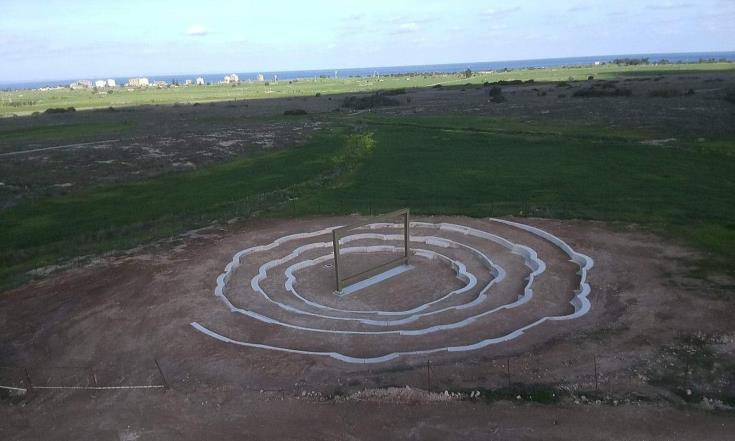 Dherynia will inaugurate an open-air cinema in the buffer zone on Friday with a film screening by the person who envisaged the project, internationally known artist and filmmaker, Rosa Barba.

Mayor of Dherynia Andros Karayiannis, told the Cyprus News Agency the open-air cinema will be inaugurated on Friday evening – at the end of Demetrakis Christodoulou street – followed by a screening of Barba’s film, Inside the Outset: Evoking a Space of Passage.
“Rosa Barba is a well-known artist abroad, with a presence and solo exhibitions in many important museums around the world, who expressed strong interest in exploring the wider area of the buffer zone and other archaeological sites in Cyprus,” Karayiannis said.

Giving the background of the cooperation, he said the Dherynia municipality in collaboration with the Italian Embassy in Cyprus, the Point Centre for Contemporary Art, the United Nations and the Italian-German artist Rosa Barba, promoted the creation of an open-air cinema within the buffer zone.

“This project has secured the first place in an international competition and funding from the council of Italy’s ministry of cultural heritage and tourism,” Karayiannis said, adding that the project was realised with that funding.

It consists of sculpted amphitheatre stands and a projection screen.

The open-air cinema will be left to the Dherynia municipality to be used for various cultural and bicommunal programme and events.

According to Karayiannis, the idea for this open-air cinema was Barba’s so that people from both communities on the island could watch film screenings together.

The artist feels this will be an image juxtaposing the ones on conflict and send out a strong message of solidarity.

Designed by Barba, construction of the open-air cinema focused on placing it in Dherynia’s natural environment and avoid the use of materials not found in the area, Karayiannis said. The only such materials are the screen and the sewage system.
The cinema incorporates amphitheatrical seats sculpted into the earth and a permeable screen on which a film can be watched from both sides.

The film to be shown on Friday has been shot in Cyprus, specifically at the Mazotos shipwreck and a number of archaeological sites.

The project secured first prize at the Italian council’s international competition in 2018 and received a grant from DGAAP (Directorate General for Contemporary Art and Architecture and Urban Peripheries) in Italy.

Why are we seeing more Covid cases in fully vaccinated people?