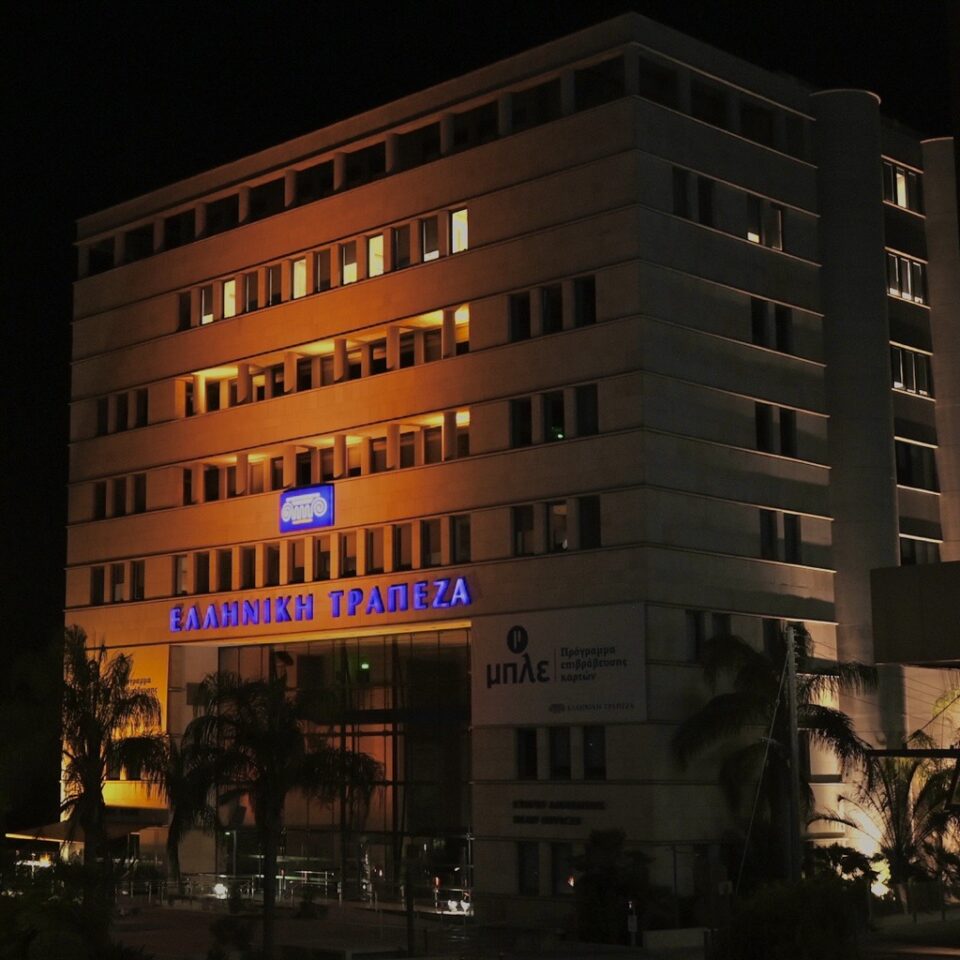 September has been established worldwide as ‘Leukemia Month,’ with the aim of raising awareness and informing the public about leukemia and other blood disorders, as well as about bone-marrow donation.

Hellenic Bank supports Karaiskakio Foundation’s efforts against haematological malignancies, by promoting various actions and participating in the “Partnerships for Life” programme, a business and social cooperation network that sponsors and promotes the Foundation’s social work and vision for a world without leukemia.

Starting on September 4 – Leukemia Day – and until the end of the month, the Hellenic Bank Head Office will be lit up in orange, the colour used worldwide in public awareness campaigns about leukemia.

Furthermore, on September 8, the fundraising ‘Dinner for Life’ will take place under the auspices of the Minister of Foreign Affairs, Mr. Nikos Christodoulides, with a special performance by the Greek singer, Yiannis Ploutarchos. Hellenic Bank is a proud sponsor of ‘Dinner for Life’. Proceeds from the dinner will go to the Karaiskakio Foundation’s specialized Childhood Cancer Diagnostic Centre.

Additionally, by actively supporting the fight against the disease that affects more than 2 million people worldwide, the Bank will organise the Second Pancyprian voluntary testing for bone-marrow donors among its staff, on the occasion of World Bone-Marrow Donor Day on September 15, setting up testing sites islandwide.

Last year, the first Pancyprian testing, had a positive response from the Bank’s employees, who devoted their time and contributed, with a sense of social responsibility, to this initiative, despite the Covid-19 restrictions.

At the same time, Hellenic Bank is a proud sponsor of the Award Ceremony for Donors that have donated bone-marrow in the last two years. It will take place later in September in the gardens of the Presidential Palace.

“Leukemia is one of the most common types of cancer. Every year more than 250,000 children, women and men are diagnosed and 200,000 die. However, a bone marrow transplant can save lives. It is estimated that every year more than 10,000 people worldwide could benefit from a bone marrow transplant. Hellenic Bank and its staff stand by the Karaiskakio Foundation in the fight against leukemia, in order to keep the public informed, but also to support the important work being done”, said George Sklavos, Head of Corporate Communications & Branding at Hellenic Bank.

The last 25 years, the Karaiskakio Foundation has been at the forefront of the fight against leukemia. The non-profit organization has created an internationally recognized Cyprus Bone Marrow Donor Registry, the biggest in the world as a proportion of population, a Public Registry for Umbilical Cord Blood and a network of modern diagnostic laboratories to provide continuous and reliable support to patients with leukemia and other hematological malignancies. It is noted that on the occasion of ‘Leukemia Month’, the Karaiskakio Foundation has created a pretty and modern orange bracelet, which is available at charityshop.com.cy and at various sale points across Cyprus, at a price of €6. By purchasing the orange bracelet, we can all support Karaiskakio Foundation in combating leukemia. The Hellenic Bank is a proud ally in this action as well.