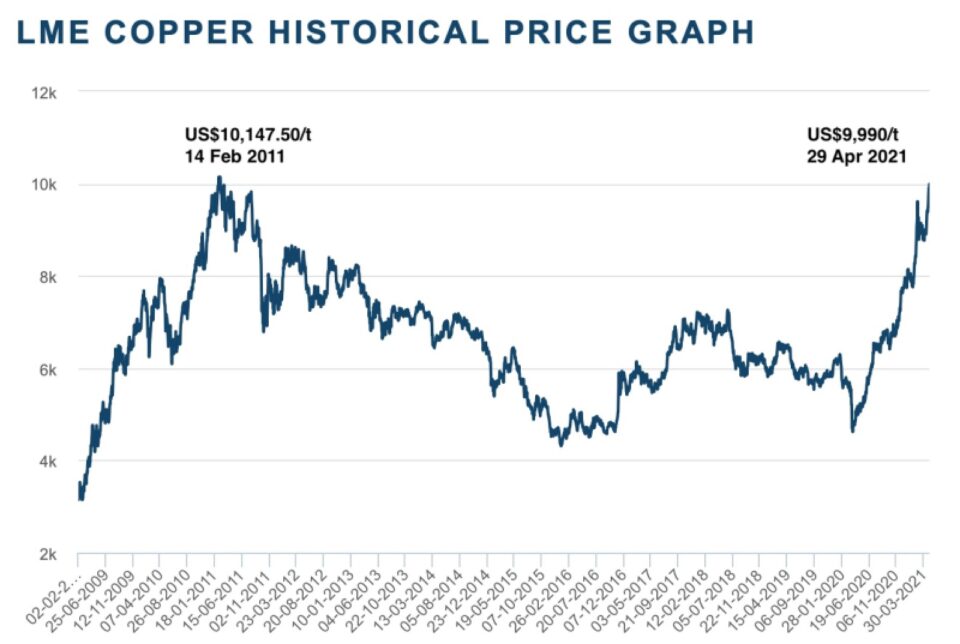 Commodities prices, already high across the globe, are likely to continue to rise, as we are in a “Supercycle,” according to a report by Platts at S&P.

A Commodities SuperCycle may continue for years. “The last major economic supercycle began around 2002 when China entered an extended period of economic growth. The rapid industrialization and urbanization of that country, combined with China’s acceptance into the World Trade Organization, catalyzed a Supercycle,” explain Motley Fool analysts. The Supercycle continued until the financial crisis of 2009.

Analyst Toby Sims at Fidelity International concurs. “This time around, proponents saw the transition to green energy as a prime catalyst for another supercycle. Roads, bridges, rail links, solar parks and wind farms need industrial commodities, along with some precious metals like silver. Combine that with massive government stimulus packages investing in infrastructure, as well as renewed post-pandemic demand, and hopes were high that we were entering a new age for commodities,” he writes.

Surprisingly, the energy transition to renewables will boost demand for oi for some time. Currie said that in the case of oil, capital expenditure had fallen an unprecedented 40 per cent in the first half of 2020 and noted that even oil demand would be boosted by spending on the energy transition, due to the volume of oil consumed in the course of green energy infrastructure projects.

Commodities prices are not the only component of inflation, but they are among the drivers.

Central banks, especially the European Central Bank, welcome the return of upward inflationary movement; the ECB has been trying to bring inflation back to about 2 per cent for the past decade.

But no one wants inflation much higher than that 2 per cent (although central banks are being flexible).

In its last monetary policy statement (July 22, 2021),  the ECB forecast that the medium-term outlook for inflation would remain well below the bank’s target of 2 per cent. Euro area Inflation is currently at 3 per cent, but the bank considers this to be a transitory level. The result is that the ECB is not planning a rate rise in the medium term.

The commodities directly affected most in a Supercycle are in three sectors, according to the Motley Fool:

Aside from industrial metals, a Supercycle can also drive increasing demand for precious metals such as gold and silver.

Stock building and an infrastructure boom, however, are among the factors that have led to strong buying across nearly all types of commodities. Certainly the rebound from the pandemic is partly driving this, but these analysts see deeper structural factors that could mean higher commodities prices for a long time.

What to expect during the summertime vacation?