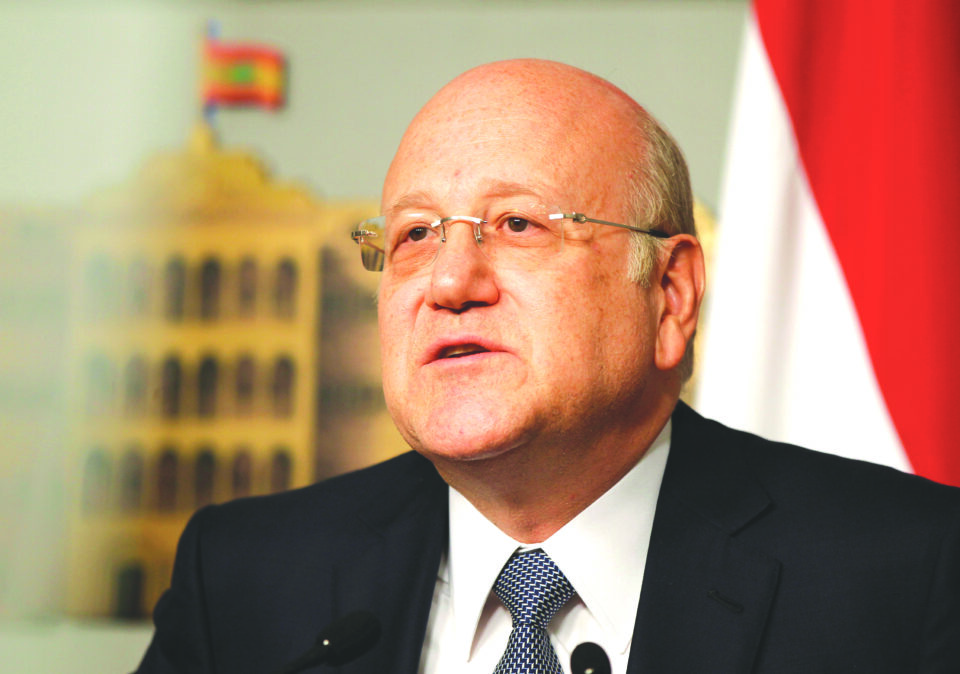 Lebanese leaders agreed a new government on Friday after a year of political feuding over cabinet seats that has exacerbated a devastating economic collapse, opening the way to a possible resumption of talks with the International Monetary Fund.

The breakthrough followed a flurry of contacts from France which has led efforts to get Lebanon’s fractious leaders to agree a cabinet and begin reforms since last year’s catastrophic Beirut port explosion, senior Lebanese political sources said. There was no immediate comment from the French foreign ministry.

The crisis, which has forced three quarters of the population into poverty, is the biggest threat to Lebanon’s stability since the 1975-90 civil war.

It hit a crunch point last month when fuel shortages brought much of the country to a standstill, triggering numerous security incidents, mounting concern in the West https://www.reuters.com/world/middle-east/eu-worried-lebanons-fast-deterioration-says-time-has-run-out-2021-08-26 and warnings of worse to come https://www.reuters.com/world/middle-east/lebanese-security-chief-warns-crisis-could-be-prolonged-2021-08-27 unless action is taken.

Prime Minister Najib Mikati, a Sunni Muslim, and President Michel Aoun, a Maronite Christian, signed a decree establishing the government in the presence of Nabih Berri, the Shi’ite Muslim speaker of parliament, the presidency said.

Like the outgoing cabinet of Prime Minister Hassan Diab, the new one is expected to comprise ministers with technical expertise who are not prominent politicians but have been named by the main parties.

The heavily armed, Shi’ite Islamist movement Hezbollah, a political ally of Aoun which is designated a terrorist group by the United States, is expected to have named two of the 24 ministers, sources said.

Political sources said there had been intensive contacts through the night to try to reach an agreement.

The crisis, which came to a head in late 2019, stems from decades of corruption in the state and unsustainable financing.

The steadily deteriorating situation worsened precipitiously in August when the central bank announced it could no longer finance fuel imports at heavily subsidised exchange rates.

Fuel shortages brought much of life to a standstill last month and triggered numerous security incidents, fuelling concern in the West https://www.reuters.com/world/middle-east/eu-worried-lebanons-fast-deterioration-says-time-has-run-out-2021-08-26 about the country that was splintered by civil war from 1975-90.

The failure to agree a cabinet has left Lebanon without any effective government as the country has sunk deeper into a crisis which the World Bank has described as one of the sharpest implosions of modern times.

Mikati, a politician-businessman who was designated prime minister in July, has previously said he would seek to re-start negotiations with the IMF once his government was formed.

The cabinet formation has been derailed repeatedly by disagreements among political factions over the distribution of cabinet seats.

Mikati is the third prime minister-designate to attempt to form the government since the government resigned over a year ago in the aftermath of the Beirut port blast amidst the worsening economic meltdown.

Mikati was designated after Saad al-Hariri, a former prime minister, abandoned his efforts. Hariri traded blame for the failure with Aoun, an ally of Iran-backed Hezbollah.

Aoun’s political adversaries have accused him and his political party, the Free Patriotic Movement, of seeking effective veto power in the new government by demanding a third of the seats. Aoun has denied this repeatedly.

In his comments to Lebanon 24, Mikati said there was no blocking third in the government line-up.