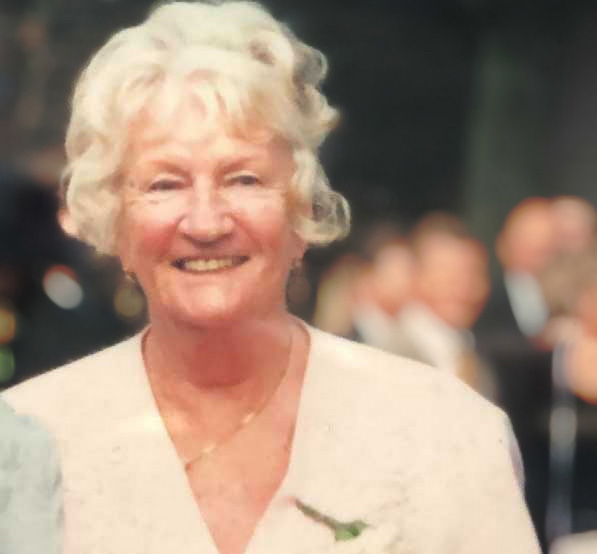 A search was launched for next of kin following the death of Patricia Lambert, nee West, aged 86, in Paphos on January 11

The relatives of a British woman whose body has lain unclaimed in the morgue of Paphos hospital since her death in January have been found and are taking action to organise her funeral.

Following an appeal in the Cyprus Mail that went viral online in both Cyprus and the UK, family members of Patricia Lambert contacted authorities on the Isle of Man who were desperate to find them and ensure that the deceased didn’t receive a ‘pauper’s funeral’ by the state.

“We would never have known that Pat had died if one of our daughters hadn’t seen the article pop up on a local Facebook page here in the UK. We wouldn’t have known until we knocked on her door in Paphos,” one of her close relatives told the Cyprus Mail this week, speaking on condition of anonymity,

Initially, Ken Corlett, a financial investigator of the Economic Crime Unit at the Isle of Man Constabulary contacted the Cyprus Mail seeking assistance in tracing the next of kin following the death of Patricia Lambert, nee West, aged 86, in Paphos on January 11.

Corlett got involved because he is investigating fraudulent withdrawals from her Isle of Man bank account and has since made an Interpol referral to the Cyprus police. He also discovered that squatters are living in the Kato Paphos apartment she owned.

He had made extensive inquiries to try and identify Patricia’s relatives and to establish her working life in the UK, all with little success.

“I am in contact with the close family members that I was hoping to track down. Thank you to the Cyprus Mail for highlighting the case which has resulted in finding the family. I have made contact with the British High Commission in Nicosia and a designated family liaison officer has been appointed. The family will now make appropriate plans for the funeral,” he said.

Patricia’s relatives said that they had spoken to her at Christmas and had no idea that she had become so ill just a short while later. They had called a number of times during the year but had presumed that she was out or with friends.

“To find out that she had died and was lying in a morgue was a huge shock and it is unbelievable that she could have been given a pauper’s funeral and we wouldn’t know about it,” the family said. “We are grateful that she didn’t die alone and one of her friends was with her.”

The family visited Pat in Cyprus and she travelled back to the UK to see them a number of times since moving to Cyprus around 1987, the family said.

Patricia’s family have confirmed that they will arrange her burial in Cyprus and hope it will be this year, after all of the necessary paperwork and procedures are completed.

“Once we know of a date, we will announce it so that her friends in Cyprus will be able to attend,”  the family said.

A local Paphos lawyer confirmed that Patricia was previously a client, but that the firm had not represented her for the last few years, and they had no idea of where any of her relatives were. She owned her own property in Kato Paphos but left no will.

“You read these stories in the press and you think it could never happen to you, and that the family have neglected the deceased, this is not the case. Pat has a loving family. She didn’t use a computer or anything and we always spoke on her landline. We just couldn’t get hold of her and the pandemic didn’t help.”

Patricia’s friends in Cyprus had also appealed to the public to step forward with any information to help trace family members, distraught that Patricia lay unclaimed in the morgue.

“I feel very happy that Patricia will finally be laid to rest in a proper funeral by her family. She deserved that at least,” said one of her friends who did not wish to be identified.

When a British national dies in Cyprus without known relatives, the British High Commission has to make an application to the state for a burial. However, this is not usually carried out straight away in the hope that they are able to locate relatives.

There is not a ‘set time’ that bodies can remain in mortuaries, but it is usually around one year.

Patricia’s family said they would like to try and avert a similar situation happening to anyone else and stressed that foreign residents in Cyprus should ensure they share contact details of next of kin.

“Pat’s situation has really highlighted the fact that many British ex pats are left on their own after moving to Cyprus with their partners if one of them dies. If their family don’t have the contacts of the friends in Cyprus and vice versa, this sort of situation can happen. Please make sure that you share these details so that nothing like this happens to you,” her family said.

Our View: There is no room for critical thought at public schools