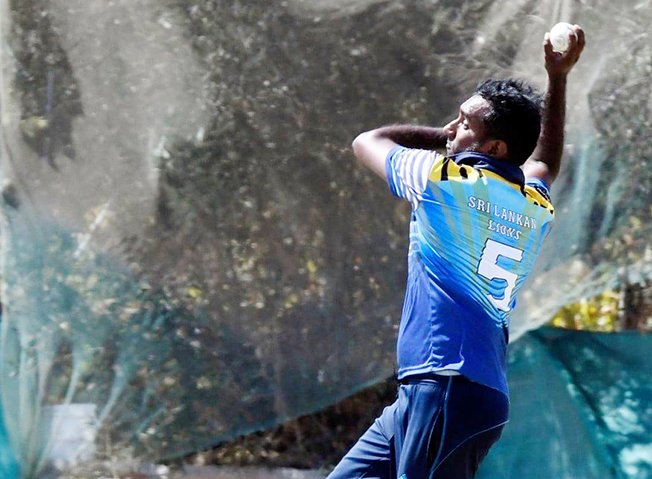 A packed few weeks of action lie ahead for the cricketers of Cyprus. A series of official international T20 matches between the national teams of Cyprus, Estonia and the Isle of Man are scheduled for the first week of October at Episkopi.

Before that, the next competition in the European Cricket Series begins on Thursday and continues until mid-October. In an exciting new innovation the games in this event will be played in the evenings under floodlights, providing an extra level of glamour to an already exhilarating 10-over format.

At the same time the current regular league programmes are building to a climax, with both the T20 and the 40-over league due to be completed over the next few weeks.

On Saturday Sri Lankans booked their place in the final of the 2021 #BAOFINANCIAL 40 Over Cup presented by Abbeygate Insurance, by beating Cyprus Eagles CTL at Ypsonas. They dismissed the College boys for 124, with Sujith Tennakoon taking 4-15 and Kamal Raiz 3-13, Alanki Murali standing alone with the bat with 35. Then Sachithra Nalin led them to a 6-wicket win with an unbeaten 49. The final on 28 September will be contested by Sri Lankans and Moufflons.

The same ground hosted a crucial match in the eastern group of the 2021 #BAOFINANCIAL T20 Cup on Sunday when Black Caps met Singh Is King, with both teams having to win to keep their hopes alive. The game proved disappointingly one-sided, as the Caps took charge from the start. They restricted the Singhs to 113 for 8, with only Muhammad Ikram (47) and Aman Kumar (26) able to make any impression on the tight bowling.

Then Caps’ openers Bikramjeet Singh and Waqas Akhtar put on 79 in 5 overs to speed their team towards a 7-wicket win inside 8 overs. Bikramjeet, in his final game, scored 61 from 23 balls, with 6 sixes and 4 fours, while Waqas followed his economical bowling (3 for 17 in 4 overs) by hitting a rapid 30 to earn the match award.

The speed of Black Caps’ batting may prove critical, as net run rate will decide the final positions if three teams finish level on points, which will be the case if Punjab Lions beat Riyaan in their final fixture.

The day’s other game produced a second win for Everest, who notched up a healthy score of 199, before restricting Nicosia Fighters to 160. Jeevan Lasmal was Everest’s peak performer with 87.