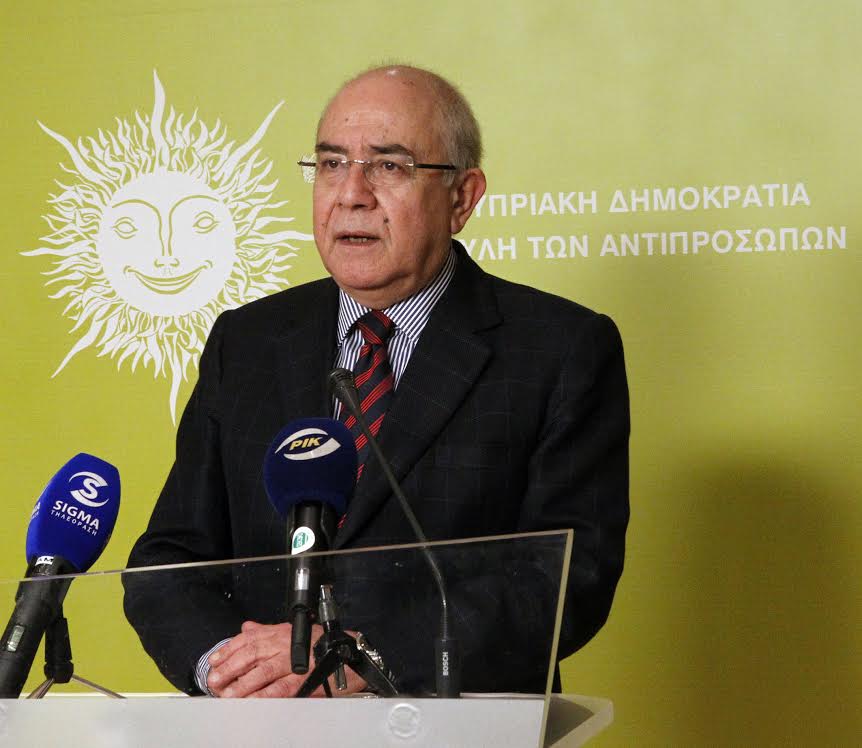 The knives are out as Edek prepares to elect a new leader, with incumbent Marinos Sizopoulos on Monday coming under fire from his predecessor Yiannakis Omirou for leading the party into a crisis.

And, in an open letter, an initiative group of 607 current and former party members complained that undemocratic procedures risked leading to a rigged result and suggested, if necessary, that the party congress be postponed.

Sizopoulos’ response was to challenge Omirou to a public debate while the party rejected the group’s letter as an attempt to divide.

The Edek leader is being challenged for the top spot by former MP Yiorgos Varnavas in elections to be held on October 24-25.

The leadership contest has been acrimonious with the two trading punches over the past few weeks.

But on Monday, it was the turn of Omirou to step into the fray, saying he had been obliged to break his silence because of the “gutter of lies” in Sizopoulos’ interview with the Reporter website.

Omirou said his successor had taken over a party with prestige and credibility and led it to biggest crisis in its history. He rejected Sizopoulos’ claim that the party was in shambles with serious financial difficulties. Instead, he said that in 2006 and 2011 Edek had raised its electoral strength to 9 per cent – under Sizopoulos it fell by 2.5 percentage points.

Sizopoulos’ claim that Edek owed €1.2m was a lie since the party’s obligations were fully serviced and guaranteed by the state annual grant. Instead, Sizopoulos was deliberately misleading the public by adding the debts of the youth and farmers’ wings of the party which were financially independent and autonomous.

“He consistently forgets that during this period, he was deputy president of the party,” Omirou said and challenged Sizopoulos to reply on the sale of Edek’s historic building in Paphos and the non-transparent agreement to lease the Lyssarides apartment block which the former leader left to the party.

“There is no end to the sad downhill of Mr. Sizopoulos. He took over a party with credibility at home and prestige abroad and led it to courtrooms, police investigations and the biggest crisis in its history. Division, expulsions, marginalization of historic party cadres and tampering with the register members.”

Also on Monday, an initiative group issued a public letter, signed by 607 former and current members, expressing concern over what they branded as “undemocratic procedures” being followed for the party conference.

They said members’ have been removed from the party register so they cannot participate, and other names added.

“It is evident that an attempt is being made in every way to lead Edek to a rigged conference to serve the interests and ambitions of a few. We should not allow such a congress to take place…. In the time left, everything required must be done to restore democratic procedures, and if necessary, postpone the congress.”

Responding to the initiative group, the party issued an announcement noting that postponing the congress ran against the party charter and the unanimous decision of the central committee to convene it, a decision many of the signatories had voted for.

A number of the signatories have distanced themselves from the party for a long time, some have publicly undermined it and others contacted the party to say they never signed the letter, the party added.

Risk of contacting Covid on flights is 0.1%, says new study