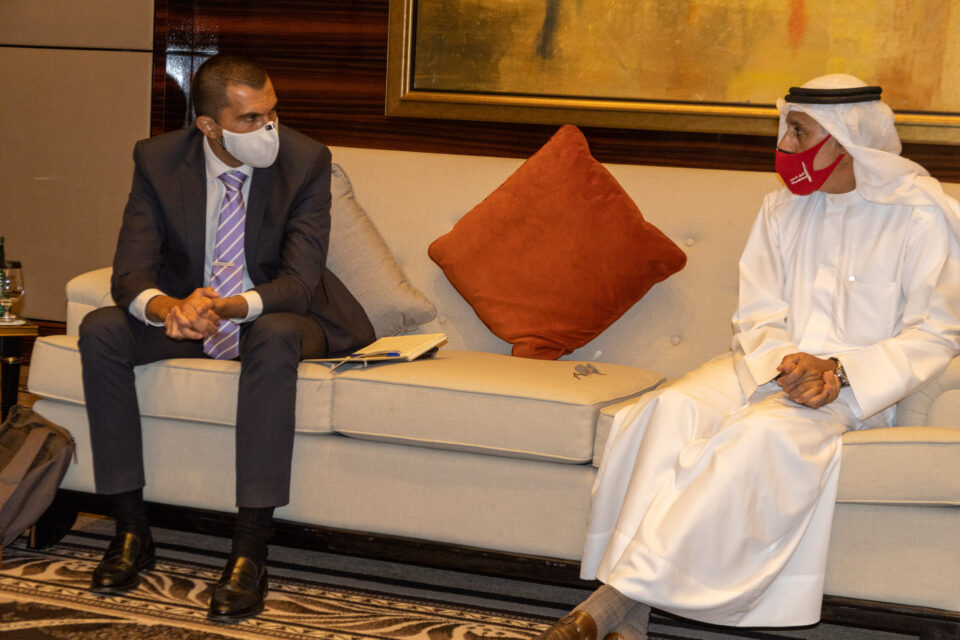 The two ministers in Bahrain

Anastasiades also signed an MoU on Financial and Technical Cooperation and a Visa Waiver Agreement for diplomatic, special, and official passports.

Among other ministers, Deputy Tourism Minister Savvas Perdios accompanied the president on his trip.

Perdios remained in Bahrain on Tuesday to discuss a potential expansion plan for Gulf Air involving Cyprus with Zayed bin Rashid Al Zayani, the Minister of Industry, Commerce and Tourism of Bahrain.

“Cyprus was one of the first destinations we returned to after the lockdown imposed due to the Covid-19 pandemic,” Al Zayani said after meeting Perdios.

“We already have flights to Larnaca airport, which is also used as a connection hub for Gulf Air’s flights to Greece. We are now considering the possibility of using Cyprus as a hub for other European destinations and perhaps even to the United States,” he said.

Al Zayani said that the plan is currently being mapped out with Cyprus officials but added that nothing has been decided yet. Perdios confirmed as much.

“The discussions revolved around the idea of using Larnaca airport as a connecting hub for Gulf Air flights,” Pantelis Ioannides, press officer of the deputy ministry told the Cyprus Mail.

“Our Deputy Minister for Tourism conveyed Cyprus’ willingness to assist Gulf Air in their efforts but we are still at an early stage,” he concluded.